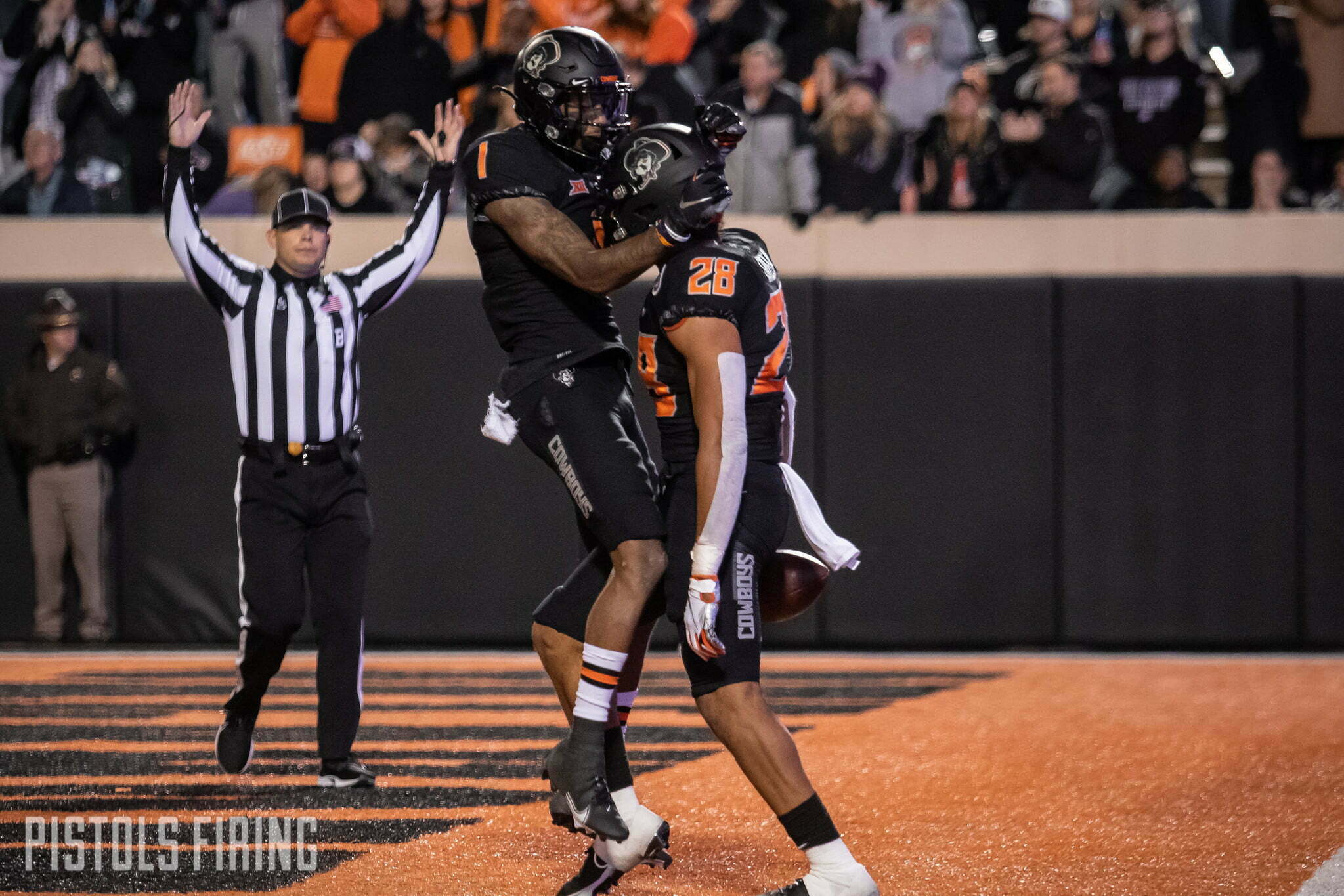 No. 9 Oklahoma State is favored by double digits on Saturday over Texas Tech to reach a double-digit win total on the 2021 season.

OSU won the previous four games on the season it was favored by double figures in. It was favored by 11.5 points Saturday over TCU before winning 63-17 and by 28.5 points two weeks prior to that before winning by 52 points against Kansas. The other two games OSU was favored by double figures in were the two opening games of the season against Missouri State and Tulsa in which OSU won by seven points (without Spencer Sanders) and five points (with a rusty Spencer Sanders), respectively.

The over/under for the Tech-OSU showdown Saturday, though, suggests OSU’s defense may be in for a shootout. Despite allowing only one offensive touchdown in the last 12 quarters of play, the over/under is set at 56, meaning the implied final score would be OSU 33, Texas Tech 23.