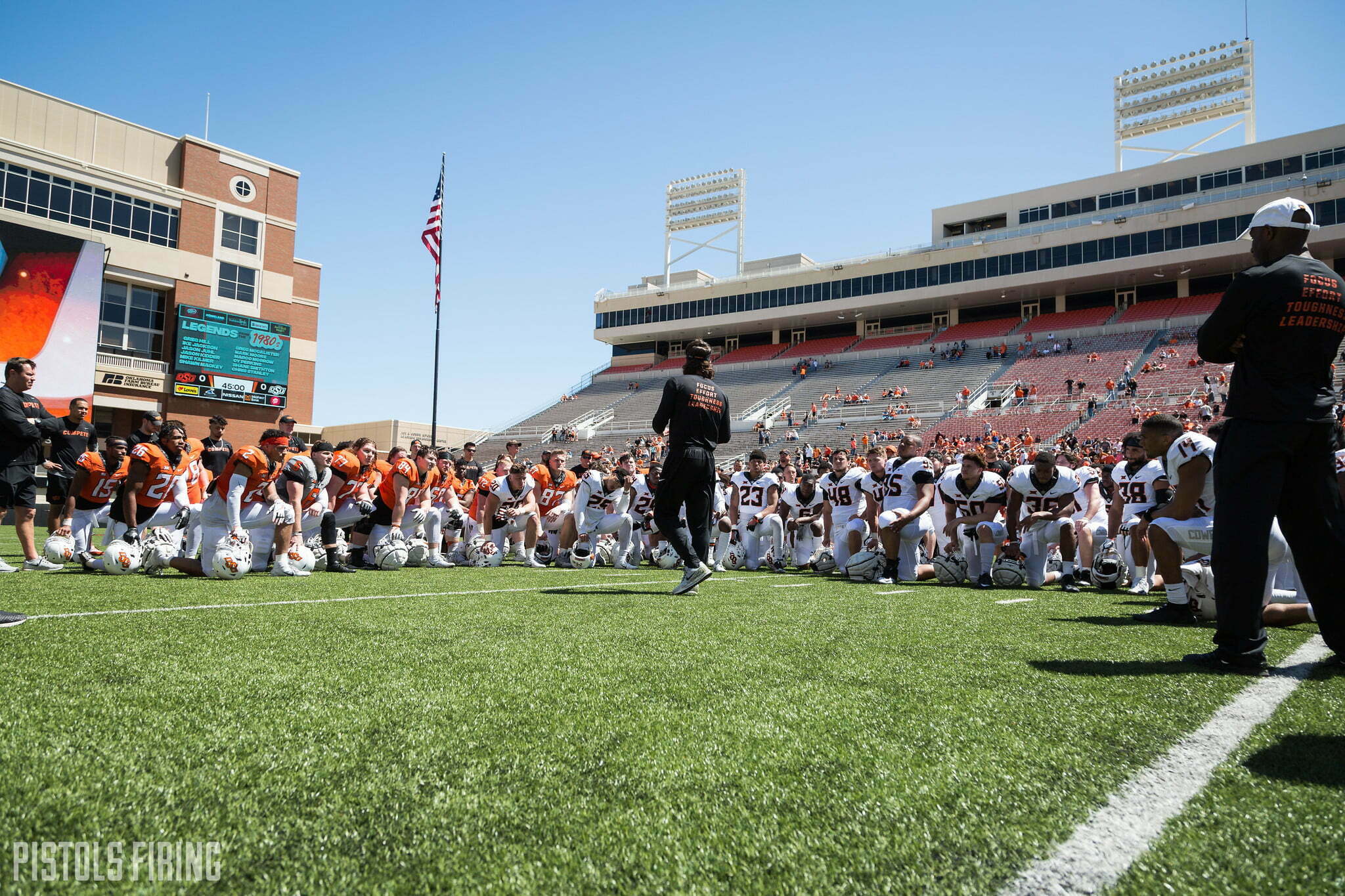 The pandemic has thrown a wrench into whether college football will or will not be played this season. And the looming threat of sickness from COVID-19 remains a factor in how the season, if it is indeed played, will ultimately take shape.

If games are moving forward as scheduled regardless of illness or injury (and breakouts are adequately contained), it increases the likelihood that backups may be thrust into big positions unannounced.

With that very real possibility, I decided to take a look at a few of the key backup players on OSU’s roster who, because of that potential scenario, could find big roles and go from No. 2 to No. 1 on the depth chart.

Spencer Sanders missed the final three games last season because of injury, which led to graduate transfer quarterback Dru Brown taking over down the stretch of last season. But Brown’s gone … and the backup situation is in flux.

Incoming freshman Shane Illingworth and incoming junior college transfer Ethan Bullock are intriguing options to potentially assume the role as QB2, but neither have experience in OSU’s system. And those inside the program have quietly praised Shaun Taylor, a walk-on with a big arm and a good understanding of how OSU operates. If Sanders were to go down, I think — given what we know now — that Taylor would be next man up at QB.

The 5-foot-11, 211-pound Taylor backed up Dru Brown last season and in his only action during a game in 2019, he completed all four of his pass attempts.

Ry Schneider will take over at center this season for the now-departed Johnny Wilson. He should provide OSU a seamless transition with his experience playing multiple positions on the offensive line, including at center.

But because the center position is tasked with making pre-snap reads and playing as a second set of eyes for the quarterback, Schneider’s backup, Tyrese Williams, will be a critical backup.

Williams played in one game last season but at 6-2 and 301 pounds, he has the size and frame to be a high-level plug-and-play backup if Schneider were to go down.

Teven Jenkins has set the bar high for OSU offensive lineman. The tackle has also manned the guard position at OSU and dominated wherever he lines up. If he goes down, OSU is going to lose experience and smarts that are irreplaceable.

That’s why Cole Birmingham, who could be the backup tackle behind Jenkins, figures to be a key contributor. He’ll be tasked with defending his quarterback if Jenkins is out (or if other injuries force Jenkins to move back inside).

We don’t yet know who will start at cornerback opposite Rodarius Williams, but whoever gets the backup gig is going to be very important. Safety-turned-corner Jarrick Bernard has a good shot to assume the CB1 job, which would make grad transfer Christian Holmes or second-year player Thomas Harper vital backups to either Bernard or to Williams. In a pass-heavy Big 12, cornerback depth is just as important as strength at the top of the position in the event one goes down.

[looks both ways before firing off take]

After earning All-Big 12 First Team honors last season, he’s in the preseason mix to be the Bednarik Award winner, given to the nation’s top defender. I have no idea if he’ll be given a fair shot, but I think he could be the best defender in the conference. So losing him would … not be great! Jason Taylor II is the likely replacement. He’s a very talented safety prospect who played in 13 games last season and would likely be called into a bigger role if Peel or any of the other starting safeties were to be out.