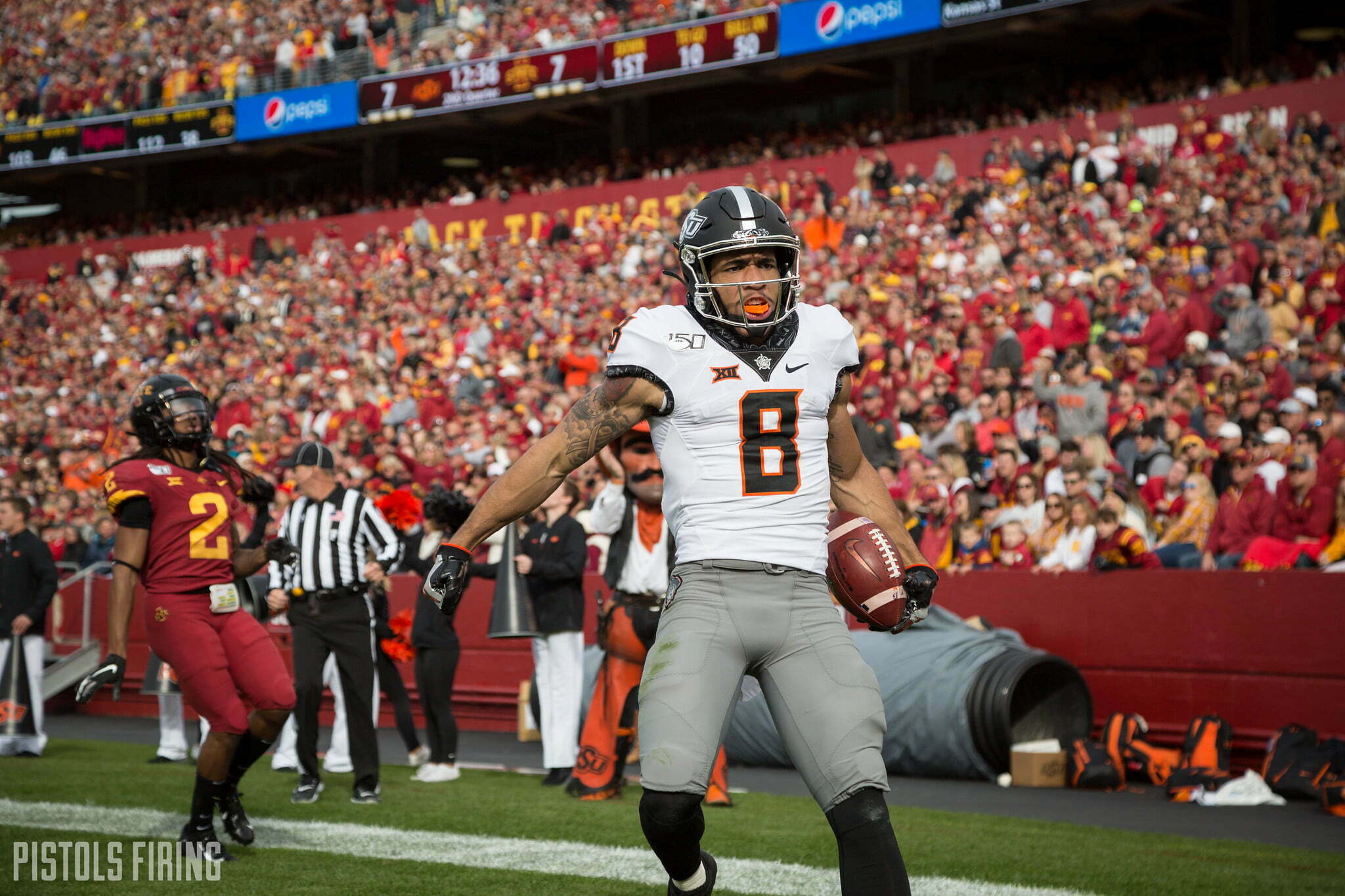 Despite sitting out in a rare November off week, Oklahoma State moved one spot up in this week’s rankings, according to the College Football Playoff committee.

The second episode of this year’s Tuesday night primetime drama revealed that the 6-3 Cowboys, fresh off of back-to-back wins over a ranked Iowa State team on the road and TCU at home, had climbed up to No. 22. OSU debuted in last week’s initial playoff ranking at 23.

Amidst the upheaval that was college football’s Week 10 — which saw several ranked teams upset — the Cowboys benefited slightly from attrition in both the CFP rankings and the AP poll. OSU sneaked in at No. 25 in the AP poll on Sunday and is 26th in the Amway Coaches poll.

These rankings mean little more than gratification for the Pokes in the midst of a turnaround. The Cowboys’ Final Four hopes were all but dashed once they hit loss No. 2 against Baylor. But a continued climb could mean for the chance at a resume boost for rival Oklahoma come Thanksgiving weekend.

With a loss to K-State on the books, the Sooners will be looking for all the help they can get come the end of the season (if they don’t suffer another loss). If OSU is able to climb closer toward (or into) the top 15 in the committee’s eyes by compiling wins over Kansas and at West Virginia, it would provide an additional quality opponent for Oklahoma.

Of course Mike Gundy and his team couldn’t care less about that. This is all about finishing strong, seeing where the chips fall in Bedlam and ending 2019 on a high note while boosting their own bowl resume.