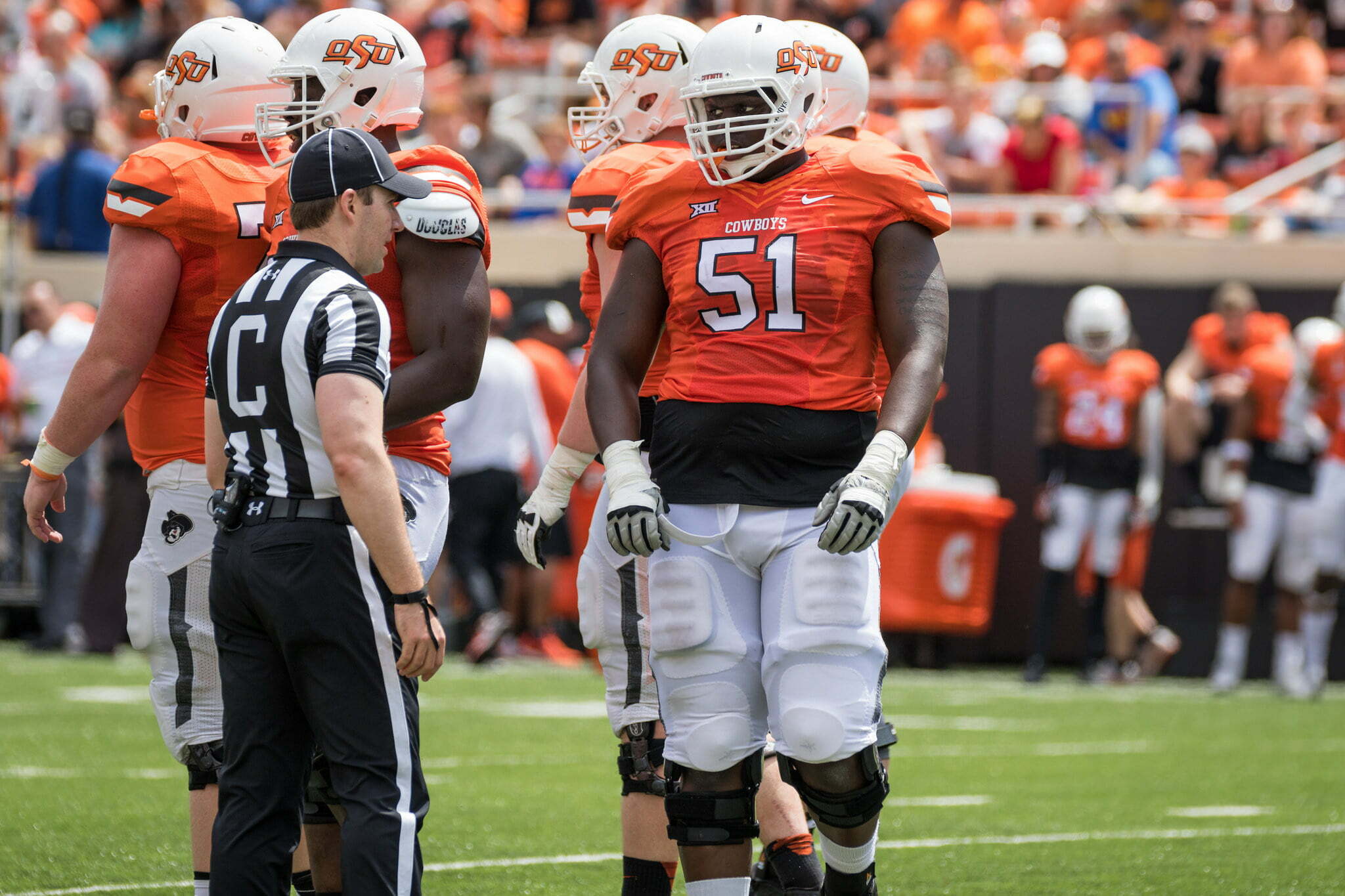 The past few weeks, there had been back and forth speculation whether Hambright would transfer from OSU. First, according to The Oklahoman, he was transferring. Then, according to GoPokes.com, he was staying because Josh Henson was leaving. Now he’s officially going, validating the original report.

Hambright becomes the *counts on fingers* ninth player since the beginning of the school year to transfer from OSU. Here’s the updated list from Dustin Ragusa’s article on transfers from yesterday:

A few weeks ago, Dustin also wrote a piece projecting what the Cowboys’ left tackle spot could look like in 2019 if Hambright were to transfer, so here that is.

Hambright started the Cowboys first five games of the season before injuries kept him out until the Liberty Bowl. With Hambright’s departure, OSU’s core group of linemen it used in 2018 will be without Shane Richards (graduation), Deionte Noel (graduation) and now Hambright in 2019.