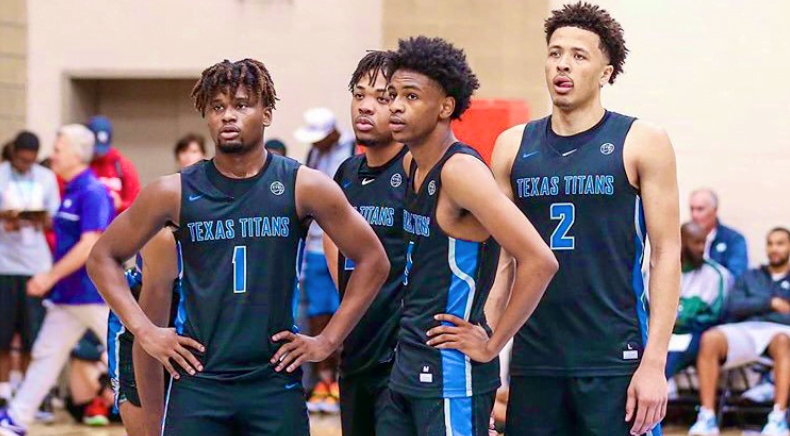 For as much anticipation as there’s been surrounding Oklahoma State basketball recruiting, the results have been … delayed. Five-star Cade Cunningham remains a free agent. Five-star Bryce Thompson continues taking visits. And recently, the lone 2020 commit, Davonte Davis, re-opened his recruitment. It feels a lot like an our pets heads are falling off situation.

But in reality, things are looking up! Mike Boynton appears to be entering the totally redeemed yourself stage. As I wrote last week, Davis’ de-commitment, as weird as it sounds, might actually be a net positive in the long run. And with Rondel Walker and JT Thor nearing decision day, Rivals.com wrote Monday that pay-off could be coming sooner rather than later.

At Oklahoma State, Cowboys nation is on pins and needles as coveted target Cade Cunningham — who I still believe they will land — finishes up his visits.

In the meantime, Mike Boynton and his staff look to in good shape with a pair of their other high-end targets, four-star power forward J.T. Thor and four-star combo guard Rondel Walker. They’ve also been making up some ground with homegrown five-star guard Bryce Thompson.

I’ve now logged futurecast picks for both Thor and Walker to end up in Stillwater and those two alone would be a strong class. Thor is an athlete with upside as a mobile combo forward while Walker is the type of guy who could start multiple years at the one or two for a Big 12 program. [Rivals]

Walker has long been on OSU’s radar, but he’s been re-prioritized, it appears. Despite holding an OSU offer for more than two years, the staff has made him a major focus of their recent recruiting efforts. They hosted him twice over the last few months. With his strong connection to Cunningham (the two are AAU teammates), it seems just a matter of time before he makes his decision. My glasses are fully tinted orange.

As for Thor, this is a recent connection. A four-star Georgia recruit, OSU didn’t offer until this summer. Since then, though, Mike Boynton and Scott Sutton have made visits to see him, and he made an official visit earlier this fall to Stillwater. A 6-foot-8 power forward with athleticism to jump out of the gym, he figures to be a potential luring piece for Cunningham and, potentially, for Thompson, too. With his recent decision to reclassify from 2021 to 2020, it appears he’s set on making a decision soon with an emphasis, likely, on getting to the NBA as quickly as possible.