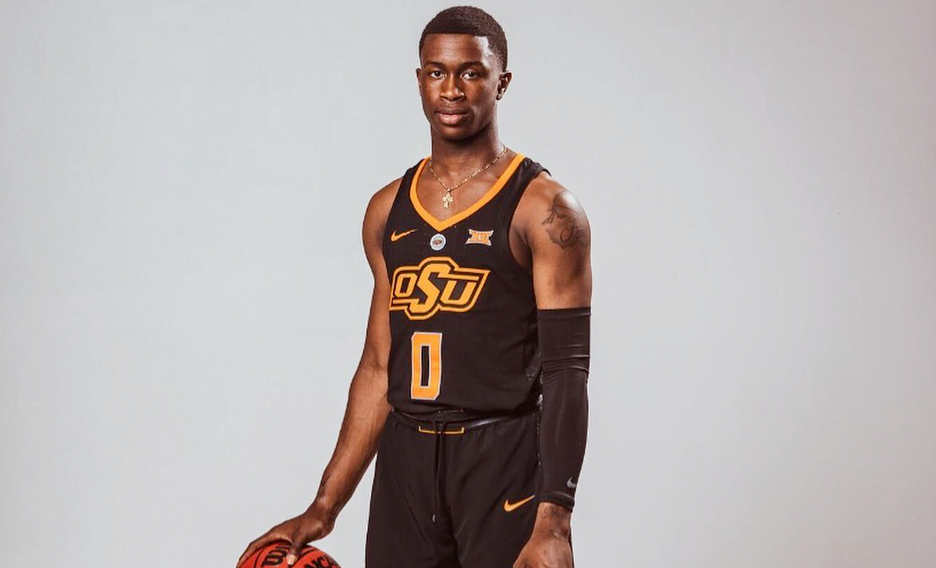 It feels a little #toosoon, but in the wake of Davonte Davis’ de-commitment from Oklahoma State, it’s the question everyone will inevitably be asking their co-workers around the water cooler this week.

What does this mean for Oklahoma State and its pursuit of Cade Cunningham?

First off: great question! You’ve been reading your daily dosage of PFB. Proud of you. Secondly: it’s not too soon to ask this question! Recruiting is a cold world. It moves quickly. You gotta move with it.

The reaction to Davis’ commitment is nuanced, and it has a number of implications. On Cade Cunningham. On Rondel Walker. On Bryce Thompson. Heck, even Jaylin Williams! Where we’ll start, though, is with the guards.

In an ideal world for OSU — a dream scenario, if you will — Boynton would reel in both Cade Cunningham and Bryce Thompson in the same class. That is still in play. And if that were to happen, the bottom line here is that having Davis, a point guard, along with Thompson and Cunningham would leave OSU with one too many ball-handlers in the same class. Cunningham is a point guard. Thompson is a combo guard who plays a lot of isolation and can/should run some offense. Davis, a ball-dominant guard, would be on the outside looking in. If you’re picking two, it’s Cunningham and Thompson.

Does that mean OSU is getting Cunningham and Thompson? I wish I could lie to you and say the answer is yes. Right now, it’s unclear. Both made official visits to OSU this past month, but both remain non-committal about where they’ll go and also when they’ll decide where they’ll go.

The biggest, most notable implication here isn’t with the two star targets, though. Again: I wish I could say it was. In all likelihood, this move likely signals that OSU has officially moved in on in-state guard Rondel Walker as a target. The 6-foot-2 Putnam City prospect is ranked a tad bit higher than Davis, but here’s the kicker: he’s a guard more likely to play off the ball in college than Davis. Put another way: if you dream ahead a bit, he’s a better fit with a potential recruiting class that includes Cunningham and Thompson. That’s good news if you’re using your orange-tinted future goggles.

As for the bad, this might mean OSU could be looking elsewhere for a big man. Maybe. Four-star center prospect Jaylin Williams was considered by some insiders to be a package deal with Davis, his AAU teammate and co-Arkansas resident. Now with Davis back on the market, Williams may find OSU less appealing. It’s possible Arkansas winds up benefiting in this instance by keeping both in the state for college.

Williams isn’t reason enough to want to keep Davis in tow, though, especially if there’s even a non-zero chance that a Cunningham-Thompson-Walker class is possible. If Williams does in fact decide he’d prefer to stay closer to home and team up with Davis at UA, this is where big man JT Thor, who recently made an OSU official visit and who seemingly is trending in OSU’s direction, could come into play.

The big kicker here, as expected, is that everything seems to hinge on Cunningham. If he commits to OSU and brings Bryce with him, there will be parties in the street. This Davis news will be long forgotten. But if he doesn’t, and if Bryce decides OU or Kansas or UNC is a better fit, then suddenly Davis de-committing could be a pretty brutal pill to swallow. Fittingly, the kicker remains unpredictable. Cunningham initially planned to commit early in hopes of becoming the lead player-recruiter. Now, he’s undecided.

“At first, I wanted to be committed in October, but I just want to get it right so I’m not really putting a timeframe on it anymore,” he said in a blog post this week on USA Today. “I do know that I’ll be in Dallas for the Thanksgiving Hoopfest on Nov. 29 and that’s where I’m from so it would be perfect if I’m ready and if I know where I want to go. It would mean a lot to commit in front of the hometown crowd.”