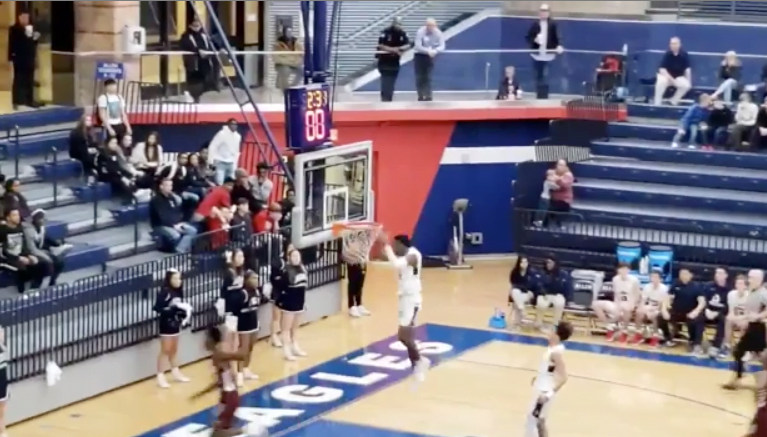 The AAU season is is firmly upon us, and that means new batches of young prospects will start to break out.

Mike Boynton and his staff are hard at work on the recruiting trails. Here is some of what they’ve been up to this past weekend.

At 6-foot-5, Dudley Blackwell is a long wing. He is the 89th-ranked player in the 2020 class, and he recently added OSU to his list of offers.

Blackwell’s hometown, Pembroke Pines, is just outside of Miami, where new OSU assistant Erik Pastrana is from.

With his athleticism, many of Blackwell’s highlights come from him going to the rim, but he also has a clean jumper. His long arms also allow him to project the basket with more success than most wing players have.

Blackwell is an outstanding player in his own right, and he is also AAU teammates with Isaiah Todd. Todd is the 13th-ranked player in the 2020 class, and OSU has been after him for a while. Todd took an official visit to OSU in March.

Davidson transferred to national power Mater Dei before this past season. OSU is in early on Davidson as his only other listed offers are Cincinnati, Hawaii and UC-Riverside.

Something tells me OSU fans will be drawn to a kid with tissue in both nostrils and a bit of blood on his jersey.

Davidson has solid post footwork, but he also has a nice ability to stretch defenses with his jump shot.

2021 F Nick Davidson of Mater Dei High School is back in action. Here is a highlight video of him over the summer. Davidson continues to solidify himself as one of the best bigs in the country in his class #ALLIN #WCEUA #WestCoastElite pic.twitter.com/70ryIGtfz9

The Manny Obaseki secret seems to be out.

OSU offered Obaseki, a 2021 point guard, a few months ago. Boynton and the Cowboys were in on the ground floor with the Allen guard, as he had offers from only SMU and McNeese State when OSU offered. Since, Obaseki has also picked up an offer from Oklahoma, and he apparently showed out at an AAU event in Kansas City over the weekend, which might open the floodgates on his recruitment.

National recruiting analyst Eric Bossi caught up with Obaseki, and here is what he said about Oklahoma State:

“They have a very cool coaching staff. I was at a game and in the summer and of course they knew about me and we’ve just talked about my future, how I’m a great fit for them and they offered me. They really want me to come down there soon.” [Rivals]

At this time, Obaseki doesn’t have a 247 ranking, but that’ll change before too long. He is still only a sophomore in high school.