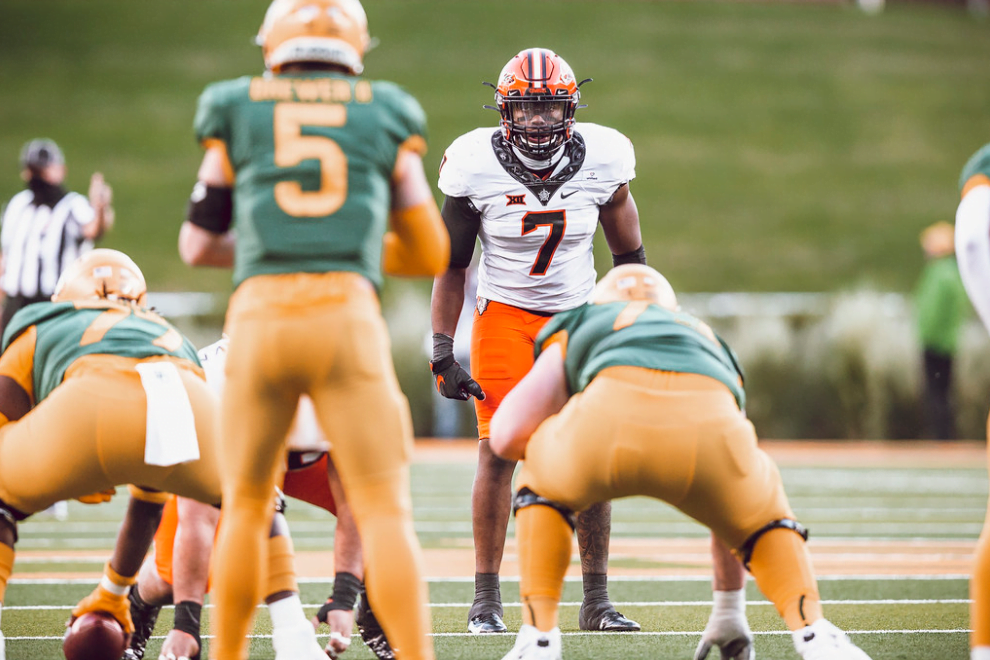 A defensive leader closes out his Oklahoma State career with a 🙏.

On Saturday, linebacker Amen Ogbongbemiga announced that he would be foregoing his available final college season and would pursue an NFL career.

Amen started every game for OSU the last two seasons and was an all-conference second-team selection both years. He finishes his Cowboy career with 208 total tackles, 25 tackles for loss, nine sacks and an interception in 38 games. His three forced fumbles in 2020 ranks No. 8 in the nation.

The redshirt senior had the opportunity to take advantage of the NCAA’s COVID eligibility extension and come back in 2021.

In 2019, Ogbongbemiga and Malcolm Rodriguez — who earlier announced that he would take up the NCAA on its offer — were the first duo of Cowboys to each record at least 100 tackles in a season during the Mike Gundy era.