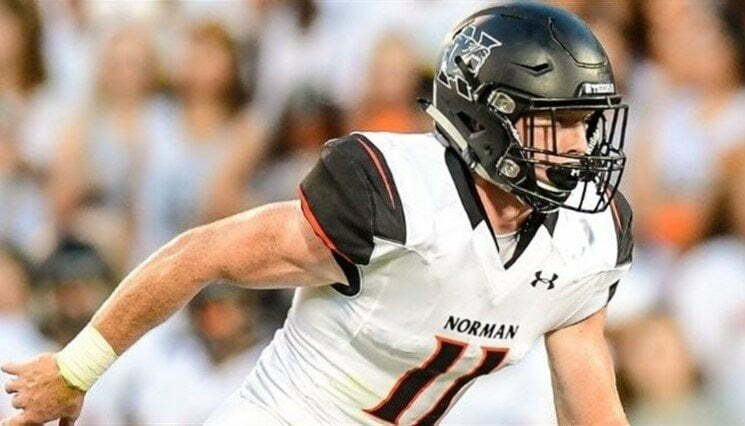 This fall Oklahoma State will field five linebackers that are upperclassmen, including seniors Calvin Bundage, Kevin Henry and Philip Redwine-Bryant, so beefing up the middle of its defense is a priority for the 2020 recruiting cycle. Cowboy coaches took another step in that attempt this week.

Thompson’s recruitment is getting started a little late since the former Putnam City West Patriot had to sit out his sophomore season due to transfer rules, but things are moving quickly. His offers from Eastern Michigan and Army have come in the last couple of weeks. After his OSU offer on Friday, Thompson announced another scholarship was extended the same day from Navy.

If Thompson were to choose the Pokes, he would join fellow in-state linebacker Brynden Walker from Bishop McGuinness, who committed in early March.

This is Thompson’s first Power 5 offer, but it likely won’t be his last. Last season Thompson recorded 120 tackles, 13 tackles for loss and three sacks. Getting in early should aid the Cowboys on the attempt to keep Oklahoma talent in state.

Have a look at his junior season highlights.