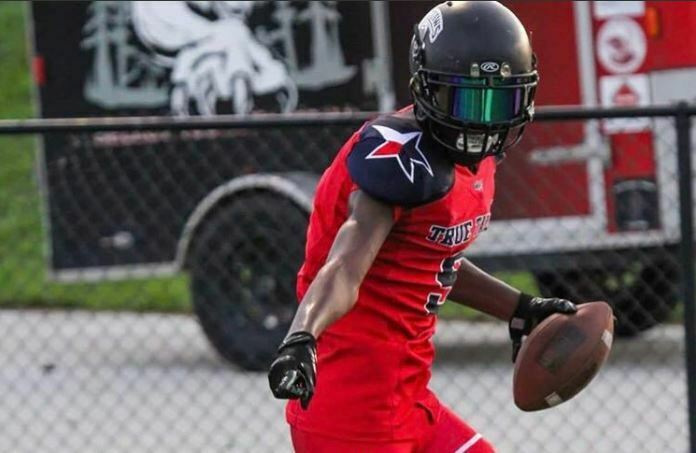 Oklahoma State has made multiple offers to players from North Shore High School in the 2020 and 2021 recruiting classes. Today they went ahead and decided to extend this trend out a year by making their first 2022 offer to a North Shore athlete in cornerback Denver Harris.

Harris took to Twitter Tuesday afternoon to announce that OSU had extended him an offer. The young defensive back isn’t currently ranked by 247Sports or Rivals.com, but I’m assuming that will change soon with the recent string of offers he’s reeled in. Along with Oklahoma State, the Houston native has been offered by Baylor, Georgia, LSU, Syracuse, Texas A&M and Tennessee… all within the last two weeks. Georgia and Syracuse both joined the party since his offer from the Pokes.

The 6-1, 180-pound cornerback is an incredible athlete and has blazing speed, clocking in a 4.45 40-yard dash at a recent Baylor camp. He has good coverage skills (see clip below) and is put in press man coverage situations quite often at North Shore, which would translate well into Jim Knowles’ system at OSU.

With a few years to develop until he reaches the college level, there’s a chance Harris puts on some weight and moves to a linebacker position. He definitely already has the physicality aspect of playing this spot and is a solid tackler in the open field.

The Cowboys will have their work cut out for them trying to land the North Shore product, but it bodes well that they got in on his recruitment fairly early. I’m sure plenty of other big name schools will get in the mix soon, and I wouldn’t be surprised to see OU make an offer.

Below is Harris’ most recent Hudl tape.