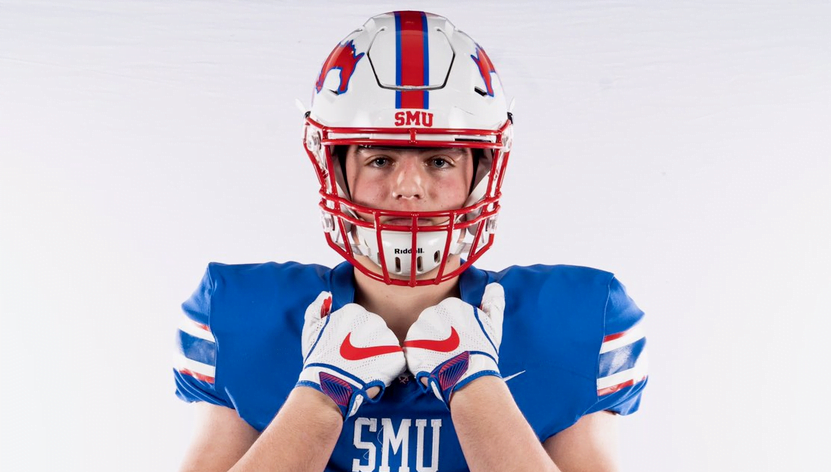 Oklahoma State and Oklahoma both extended a scholarship offer to Class of 2021 offensive line prospect James Brockermeyer on Wednesday within the span of an hour.

Brockermeyer is a 6-foot-3, 235 pound center recruit from All Saints Episcopal in Fort Worth, Texas. He announced OSU’s offer only an hour after he announced OU had joined the mix, joining SMU and Iowa among the four programs who have already offered.

Brockermeyer also a twin: Tommy. Tommy is a 6-6, 278 pound tackle whom OSU (and OU) have already offered. OSU offered back in late January following his visit to Stillwater.

So for those keeping track at home, that’s two sets of twins OSU is now in the mix for in 2021: The Brockermeyer twins and the Green twins — Blaine and Bryson — the latter of which picked up offers last weekend.

OSU already has a set of twins on campus in Tracin and Tylan Wallace, and that’s worked out pretty well so far (more so for Tylan than Tracin). So it’s hard to hate on the recruit as many twins within 500 miles strategy; it’s been good to Gundy up to this point.

It’s still very early in the recruitment process for 2021 players, but OSU has a good shot to get in the mix. The Green duo from Allen seems more gettable if I had to guess, just simply because the Brockermeyer’s father played at Texas, but don’t rule out the Pokes if the current twin culture is taken into account.