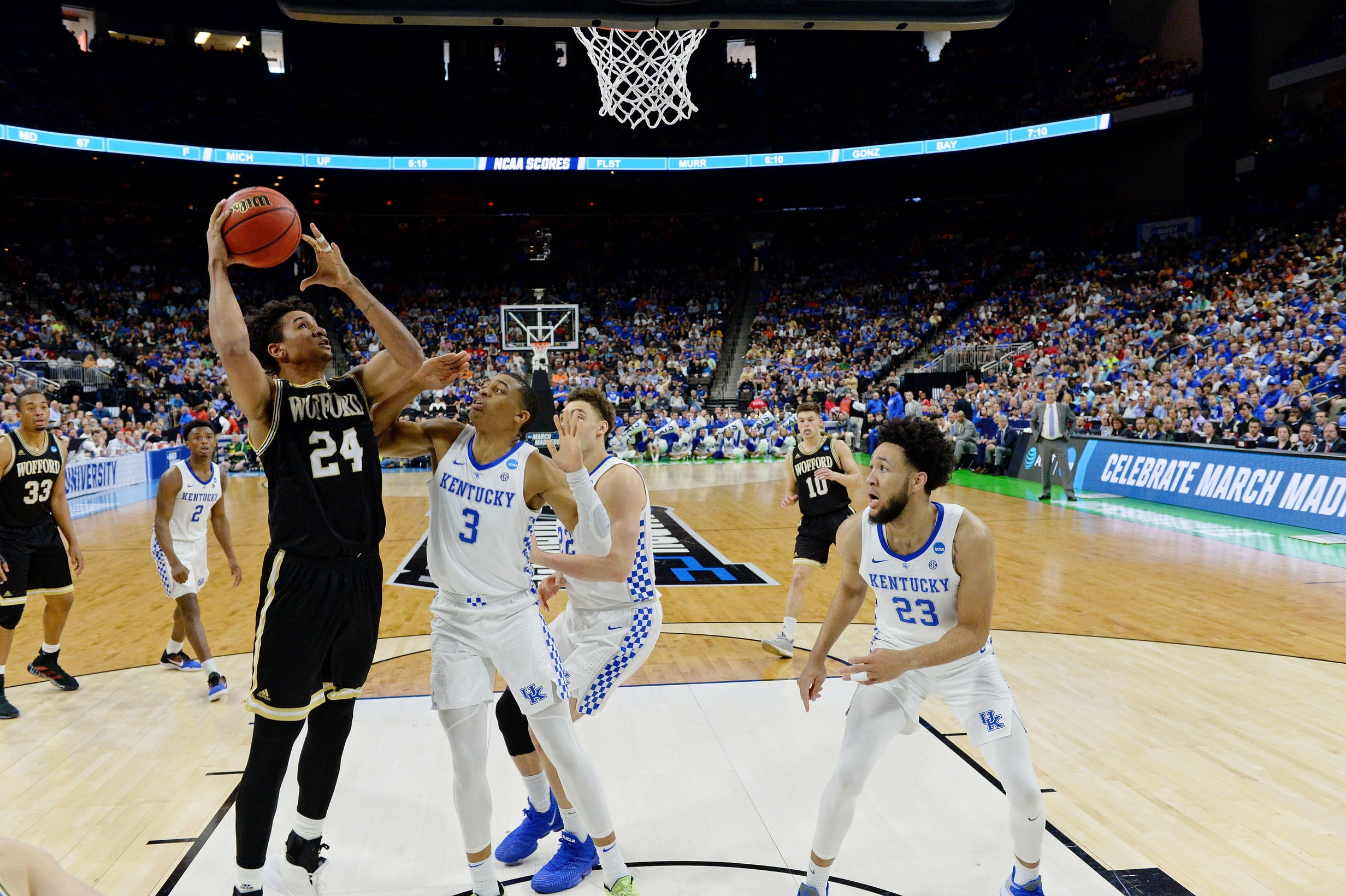 Stadium’s Jeff Goodman broke the news yesterday that UMass graduate transfer Jonathan Laurent would be visiting Stillwater this weekend, and earlier this afternoon informed us that Wofford transfer Keve Aluma has heard from the Cowboys after announcing last week that he would be transferring.

In Aluma’s freshman season, he was a role player, averaging 2.5 points and 3.4 rebounds in just over 13 minutes per game. This past year, Aluma started 34 games for the Terriers, averaging 6.9 points (66.7 percent from the field), 6.8 rebounds, 1.0 assists and 0.9 blocks per contest, including two solid performances in the NCAA tournament against Seton Hall and Kentucky.

The Maryland native wasn’t highly recruited coming out of high school, and was unranked on both 247Sports and Rivals.com, but has shown the capability to be a solid big man at the college level. Aluma typically operates inside the 3-point arc, using his wide, 230-pound frame to gain good position in the post and finish inside. He has a knack for absorbing contact and still being able to score, racking up a lot of and-1s in his time at Wofford, similar to the one shown below.

According to Goodman, Aluma is a sit one, play two guy, so he won’t see the court for the Cowboys next season. However, adding a big man who can score inside and possesses his ability as a passer would be huge for the Pokes front court depth moving forward. In addition, it doesn’t hurt that he has the athleticism to make plays like the one below.

Whether or not Boynton’s history with Wofford has any impact or not (he was the associate head coach there in 2007-08), I think OSU has a shot to land the son of former Sacramento King and Harlem Globetrotter Peter Aluma. But they will have their work cut out for them as plenty of schools are going to be after the talented forward.