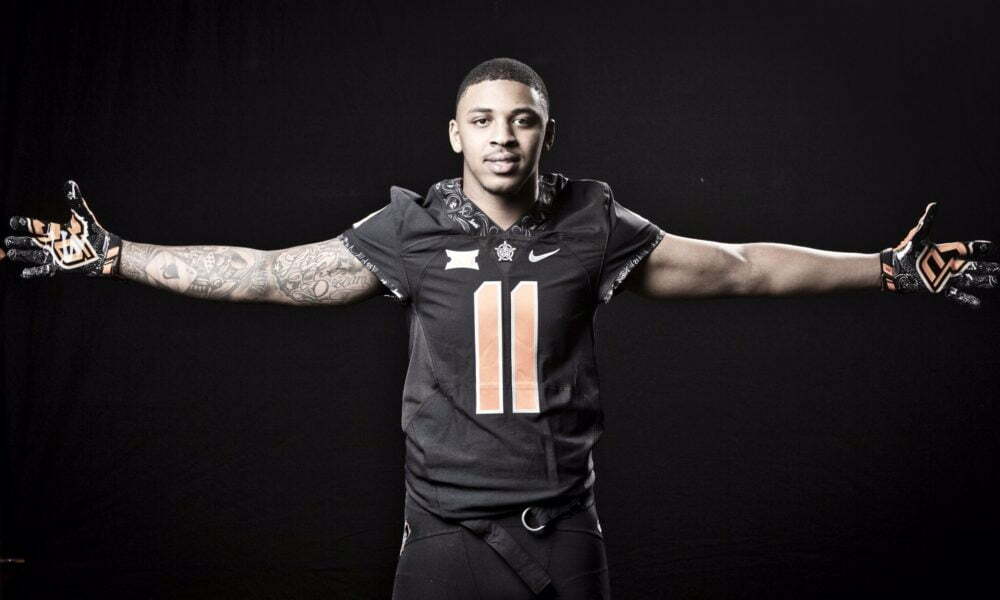 Cody Nagel, of 247Sports, reported Monday morning that Anderson has entered the transfer portal, an apparent end to a Cowboy career that never quite clicked.

Anderson caught just one pass for 14 total yards this season after his highly anticipated arrival, which came in a 47-7 blowout win over Kansas in October. It was the only stat he recorded on the season.

Anderson was classified as a redshirt senior, but because of NCAA transfer rules exclusive to the pandemic, he can find another school and have one final year of eligibility, though he redshirted in 2019 at LSU prior to his joining OSU.

Because of his four-star pedigree, 6-foot-6 frame and credentials as a potential top option, OSU took a chance on Anderson but he was not a major factor in the passing game and wasn’t expected to be one next season, either. Marshall Scott put together a must-read projected depth chart for next season just last week, and he didn’t crack the potential 3-deep.

OSU loses Tylan Wallace and Dillon Stoner for next season — its top two receiving options — but it is expected to return Braydon Johnson, Brennan Presley and Tay Martin. The team also has some impressive up-and-coming options at the position including Langston Anderson and Rashod Owens. Twins Bryson and Blaine Green could also be a factor upon their arrival as freshmen next season.