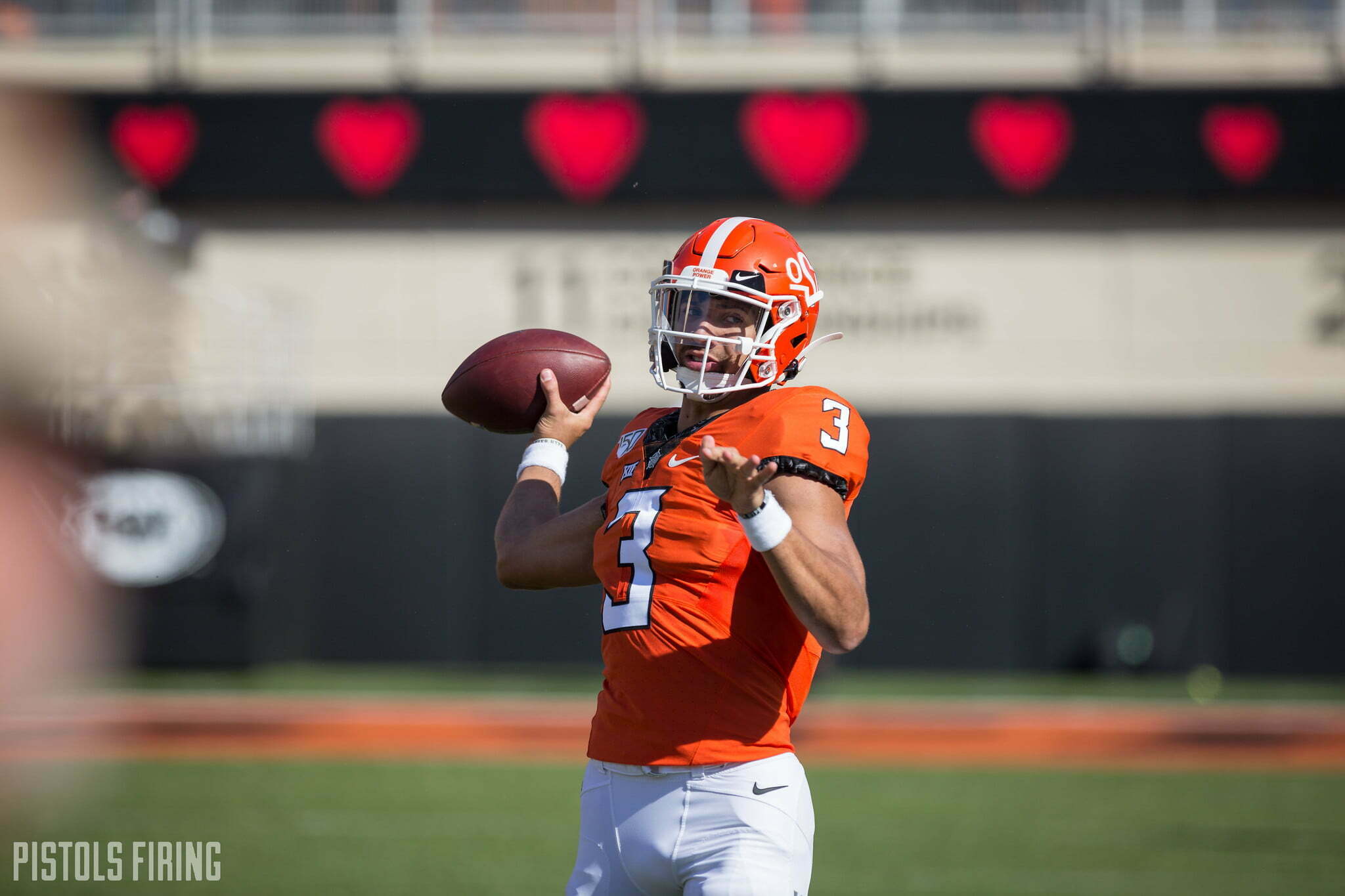 The Cowboys will have some key positions with turnover in 2021, but other position groups will be better with the extra year of experience.

As with every “way too early” list, there is still plenty of room for movement. I have Logan Carter listed on here because I haven’t seen definitively whether he are staying or going.

Classes could also be wonky with 2020 not counting toward eligibility. Will a freshman be called a freshman again? I just went with what players would be under normal circumstances.

With that said, here is my way too early depth chart for Oklahoma State’s offense in 2021.

Thoughts on quarterback: There are still a few vocal on social media that say Shane Illingworth should be the starter or that there should at least be a position battle heading into 2021, but Sanders looked as good as he has in his career against Miami. So, I think he has locked down that spot.

Thoughts on running back: Jaylen Warren intrigues me entering next season. Before a premature end to his 2020 season, Warren scored three touchdowns in three games and averaged 6.5 yards a carry for Utah State. With that said, Jackson and Richardson will likely enter 2021 as a two-headed monster coming off potential-packed 2020 seasons.

Thoughts on offensive line: I reached out to Adam Lunt for a little help with this. Lunt said the starting five were “most likely” but said to watch out for Tyrese Williams, who could play center or guard, and Cade Bennett.

OSU’s O-line took its lumps in 2020, but the group has experience sprinkled throughout it entering 2021. It feels like a big puzzle, and it will be interesting to see how Charlie Dickey puts it together.

Thoughts on receiver: Even with Tylan Wallace and Dillon Stoner leaving, Kasey Dunn has an embarrassment of riches of highly regarded prospects. I’ve been captaining the Langston Anderson ship for a while now, but I’ve heard he has been banged up a little bit this year.

It will also be interesting to see how the Green twins play into this and whether they can make an impact after enrolling early.

The slot behind Brennan Presley is also interesting. Zach Middleton is listed as a receiver on the roster, but he was posing for pictures with the running backs after the Cheez-It Bowl. Maybe John Paul Richardson gets a look early?

A guy left off this list who I think could play a factor is Rashod Owens. Owens caught a pair of passes against Kansas as a freshman and looked good.

Thoughts on Cowboy back: I saved this for last because I genuinely have no clue. I haven’t seen one way or the other if Logan Carter planned on staying, but if he did, he would likely be the guy. Cassity played in every game this season, but didn’t have a reception. He seems like more of a fullback-style Cowboy back.

I’ve heard good things about Quinton Stewart, but haven’t seen anything yet. And junior college transfer Austin Jarrard looks good on tape. I wouldn’t be surprised if any of them were the guy as things stand now.