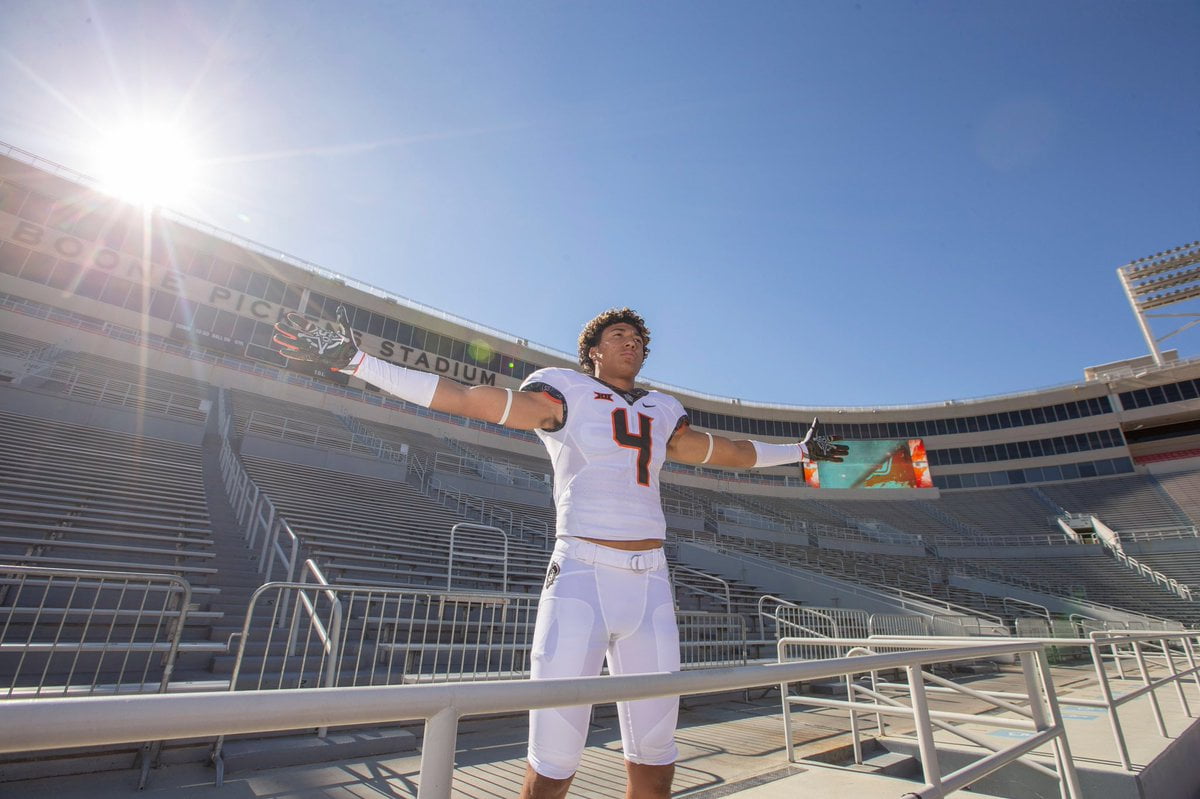 Oklahoma State football’s hot recruiting week keeps on rolling. After picking up a commitment on Sunday from 2022 offensive lineman Kelvin Banks, the Cowboys coaching staff added a commitment to the current cycle from 2020 receiver Matt Polk.

Polk is a 6-foot-4, 210-pound prospect from Saguaro, Arizona in Scottsdale. He picked the Pokes over offers from Cal, Arizona and Arizona State, UCLA and others.

Polk had been pegged a Pokes lean for months. He made an official visit to Stillwater earlier this spring, his penultimate official visit, prompting a number of national analysts to pick OSU as his landing spot.

Polk is the first receiver pledge for the Pokes in 2020 (Brennan Presley is committed as an athlete; he may play corner). At 6-4, he figures to be a candidate, in time, to fill the Marcell Ateman role currently being played by Jordan McCray, C.J. Moore and Patrick McKaufman.