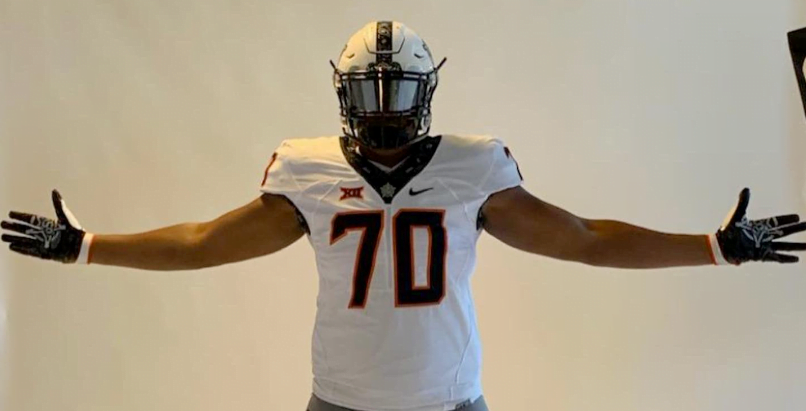 Oklahoma State picked up a huge win on the football field Saturday night, then a big win on the recruiting trail less than 24 hours later. Class of 2022 offensive line prospect Kelvin Banks Jr. committed to the Cowboys on Sunday afternoon, pledging his allegiance to the Pokes over offers from Texas, Arizona State, Florida State and Houston.

Banks is a 6-foot-4, 285-pound recruit from Humble, Texas and Summer Creek High School — a mammoth prospect for just a sophomore.

Banks is huge for OSU as it lays the foundation for the future of the program. The Cowboys don’t even have a commitment in the 2021 class yet, but already have Banks to build on for 2022. Getting him to commit early could certainly help in OSU’s early pursuit of skill talent in the class with five-star running back Raleek Brown and other blue-chippers at quarterback likely to emerge in the near future.