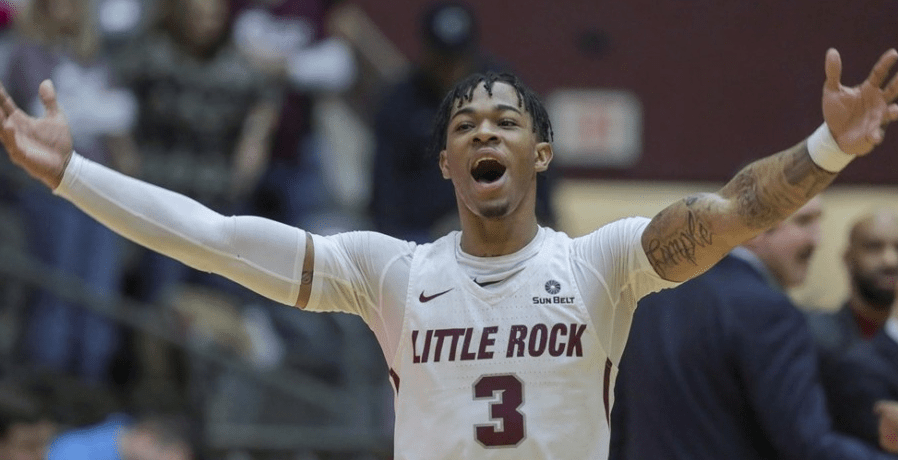 The OSU hoops recruiting scene is changing like a flipbook. A graduate transfer pops on the radar, only to commit elsewhere. A traditional transfer gets OSU interest, then they enter the NBA Draft. Things are moving quickly!

So at the request of the great Matt Amilian, we’re here to pluck photos of that flipbook and paint a portrait of what the most up-to-date hoops recruiting scene looks like this very second. Excluding high school prospects, we’ve broken down the traditional and non-traditional (graduate) players OSU is still in the mix with.

• Doudou Gueye, 6-foot-9, 220-pound power forward: Gueye is a junior college transfer who hails from Dayton State. He visited OSU two weeks ago, but because he’s off social media in 2019 (who is off social media in 2019?!), we’ve heard nothing but crickets since. Still, OSU’s recent hiring of Erik Pastrana, the former Daytona State coach who has a relationship with Gueye, suggests OSU is in the catbird seat here. He’s eligible immediately with two seasons to play.  Gueye averaged 11 points, 7.4 rebounds and shot 38.2 percent from 3 last season.

• RJ Cole, 6-foot-1, 185-pound guard: OSU reached out to Cole, the reigning MEAC Player of the Year, earlier this week after he announced he would transfer. Cole averaged 21.4 points and 6.4 assists per game last season. As a sophomore, he’s a sit one, play two player from Howard.

• David Jenkins, 6-foot-2, 200-pound guard: Jenkins was the Robin to Mike Daum’s Batman at South Dakota State last season where he averaged 19.7 points per game last season. But his coach, T.J. Otzelberger, left for UNLV. Just a sophomore, Jenkins is a sit one, play two player. OSU is probably on the outside looking in. I have been told he likes UNLV (surprise!) along with Gonzaga, UCLA and Oregon.

• JD Notae, 6-foot-2, 185-pound guard: Notae scored 15.5 points and grabbed 6.2 rebounds last season at Jacksonville. OSU has reached out as have a number of high-major programs. Sit one, play-two.

• Rayjon Tucker, 6-foot-5, 209-pound forward: Tucker scored 20.3 points per game last season at Arkansas Little Rock, and his interest spread all the way across the country. He’s in a holding pattern for now, though; Tucker declared for the NBA Draft and will have until May 29 to decide whether he wants to stay in (and likely go undrafted) or return for another season in college.

• Admon Gilder, 6-foot-4, 199-pound guard: Gilder flirted quite seriously with OSU as a high school prospect before eventually committing to Texas A&M. Now he’s expected to graduate and be eligible immediately in 2019. It’s unclear if OSU is interested — Gilder missed last season due to injury — but a Gilder-OSU marriage makes sense. He was productive when healthy. In 2017-18, he averaged 12.3 points and 4.1 rebounds per game while shooting 39.5 percent from 3.

OSU has two remaining scholarships to divvy out for 2019 and the options are dwindling by the day. I suspect Gueye is the most likely to commit of the bunch, but beyond that it’s pretty hazy. The big board could change in an instant, obviously, and the draft’s early withdrawal deadline could play a role in how OSU finishes the cycle off overall, but I wouldn’t be surprised if it ended with a Gueye commitment and a decision by the staff to roll the final scholarship over to next year. This could give OSU the option to offer a scholarship to a midseason transfer as well, and in a sport where things can change in a hurry, flexibility in terms of scholarship count can be key.