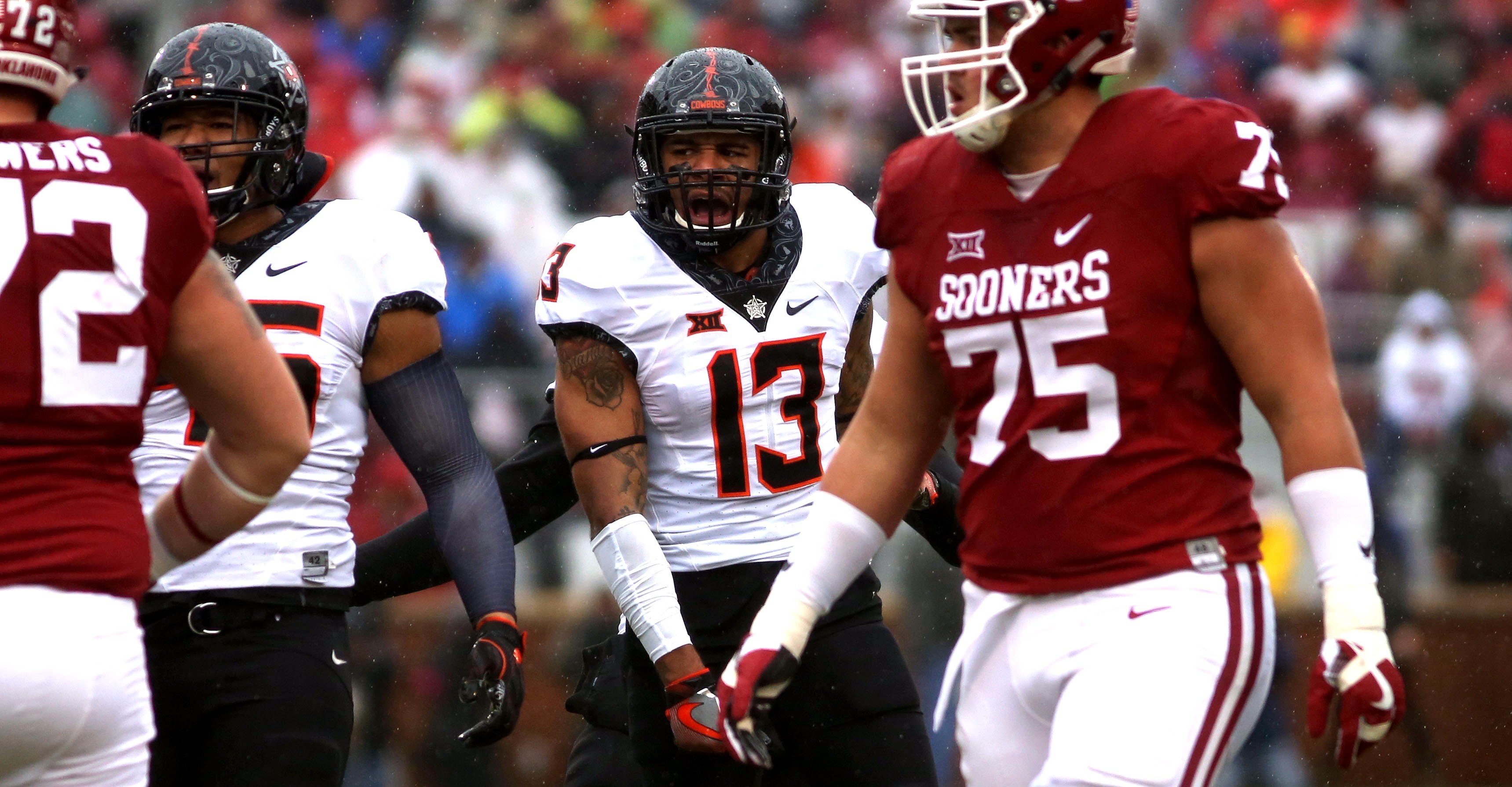 Much has been made about Oklahoma State returning to San Antonio where so many of its current players are from. Jordan Sterns, Tre Flowers, Ramon Richards, Vincent Taylor, Austin Hays — the list goes on. Glenn Spencer, who recruits the area, has talked about it at length. And OSU has made a concerted effort to clean up in recruiting where others have been sloppy.

But Sterns brought up something interesting earlier this week about how it is less about how a school recruits an area and more about what it does on the field.

“I told a story the other day when I first got to Oklahoma State nine, 10 years ago, I’m the new guy on the block, I’m from the East Coast,” said defensive coordinator Glenn Spencer. “I’ve very rarely been across the Mississippi River. They threw me down here I think because there would be players — that Houston area, that DFW area, that East Texas, but it took a couple years.

“Now I think it’s getting recruited a lot more now, and these four guys to my left are the reason why. They’re saying, ‘geez, these guys from San Antonio are beating our tail every year.’ Last time I checked, our record against Texas schools was pretty stout, and I think they’re all getting smart, which is bad for me, bad for us. But it’s these guys that have — they made the reputation.”

Then he talked about the type of marketing you can do when you go to a bowl game and how OSU did it in 2010 when it defeated Arizona in the Alamo Bowl.

“I’m sure that you just ride from the airport to our hotel, and I see the billboard, so it’s all about branding, right,” added Spencer. “It’s all about these guys. When Coach Spencer comes into their school, hopefully we’re not just another school. I think success breeds success. That didn’t hurt.”

But when Sterns was asked about it, he objected.

“Honestly, no [I don’t recall seeing the name brand or do you recall that game when it was played down here in 2010],” said Sterns who was still in high school in San Antonio at the time.

“I’m just being honest. But I’ve always liked Oklahoma State for some reason just growing up because of the colors and then just different things. I used to be a running back. I used to like Barry Sanders. When Oklahoma State offered me, I thought — I mean, I was really excited. I remember calling my mom and just being pretty emotional about it. I mean, it was a pretty easy decision. They’ve been winning games ever since Coach Gundy got here, and the year they offered me they just won the Fiesta Bowl. It was a no-brainer for me.”

They’ve been winning games ever since coach Gundy got here.

Yes they have. A lot of them. And that’s the point. It’s not the billboards. It’s not the barber shop in BPS. It’s not the uniforms. It’s the 10-win seasons which OSU is on the verge of having for the fifth time in seven years with a win against Colorado.