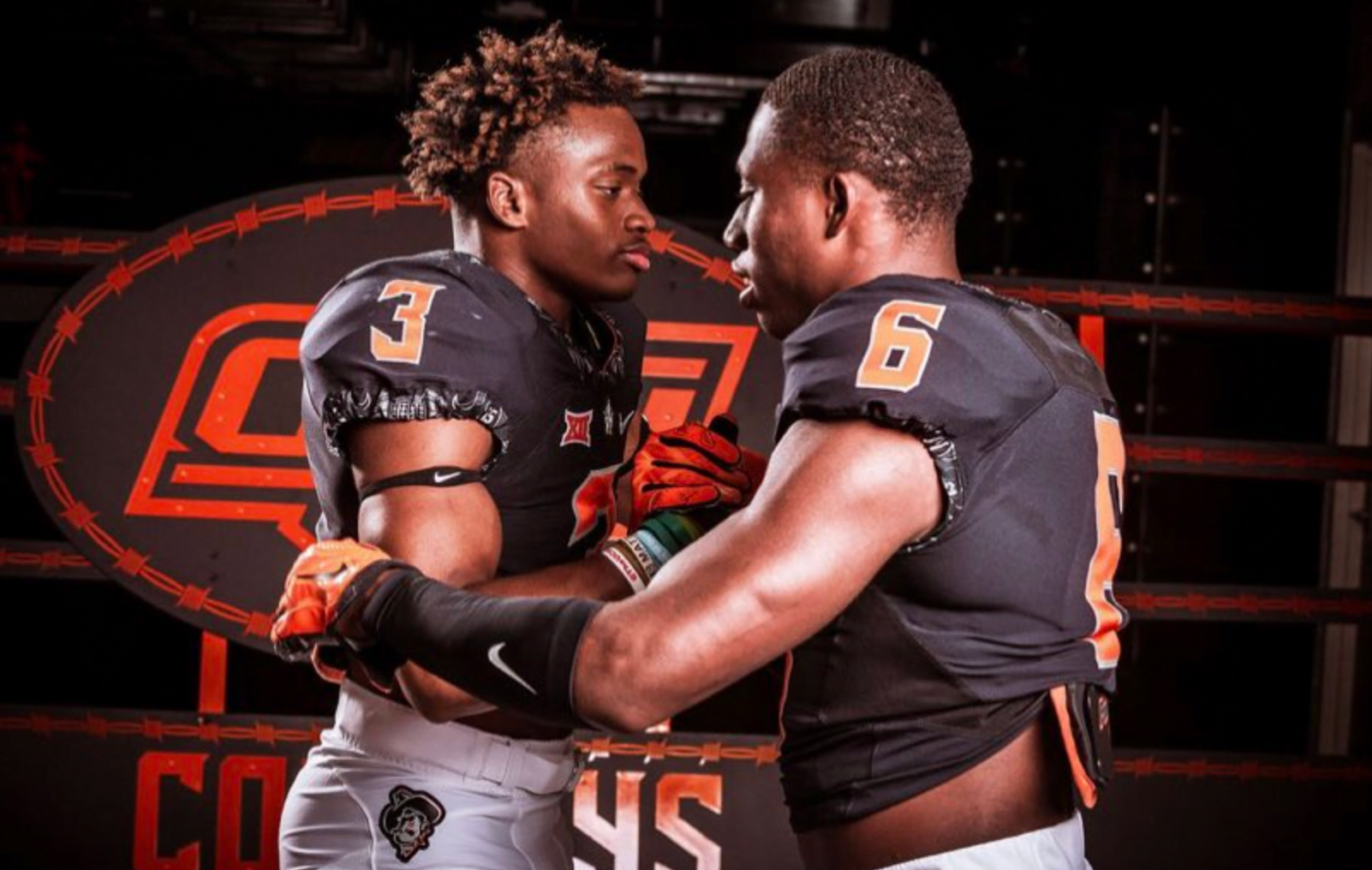 Oklahoma State’s staff rolled out the red carpet for a pair of blue-chip visitors over the weekend as four-star running back target Parker Jenkins and (currently unranked) brother Carter Jenkins made their way to Stillwater for a visit.

It appears the staff pulled out all the stops to make their trip from Houston’s Klein Forest to Stillwater worthwhile. They had a photo shoot inside the facility and outside it, did a video shoot and even got to mount a horse on the turf of Boone Pickens Stadium. The stuff of American dreams, baby.

Let’s get a closer look at that second pic — 10/10 on the cool scale. You can tell mom is pleased and the no-smile straight face from both Parker and Carter appear to be part of the tough-guy look rather than any real indication of their level of fun.

That seems to be backed up by the video shoot as well.

So where does OSU stand with both brothers? Here’s what to know.

Parker Jenkins, 2023 RB: A four-star in the 2023 class, Parker has more than three dozen offers from across the country — so just getting him on campus for a visit feels rather significant. Since it was an official visit even moreso. OSU offered earlier this year and subsequently landed him on campus for an unofficial visit, so this seems to be more than simply a complimentary visit. The Cowboys don’t feel like frontrunners right now to land him — that belongs to LSU for now — but the full-on pursuit in recent months combined with their interest in potentially bringing both him and his brother on board could be a factor.

Carter Jenkins, 2024 Safety: A year younger than his star brother, Carter is a promising prospect in his own right with real potential to be a top talent in his class. Thus far only Ole Miss and Boston College have offered — OSU is not yet officially in the mix — but OSU along with a ton of other programs may be soon to follow. At 5-foot-11 and 200 pounds he has the frame of a college safety and is coming off a productive sophomore season. Schools in coming months are likely going to be making the pitch of a potential package deal to land both Carter and Parker together, and I wouldn’t at all be surprised if OSU was among those who made formal offers to both brothers. It’s their calling card in recent years to try and add brothers or twins (or both) to try and keep the recruiting pipeline within family bloodlines open.