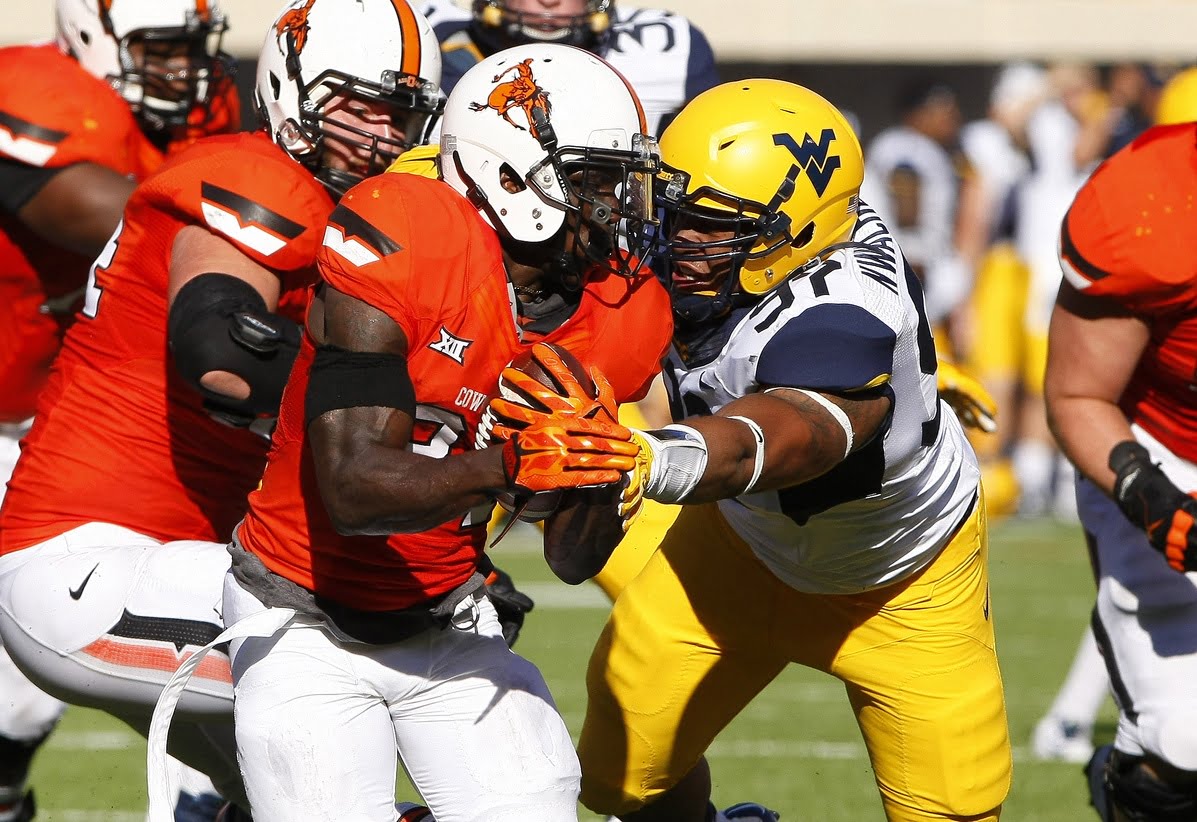 What is wrong with this Oklahoma State offense and how can it be fixed?

Far more creative minds than mine have spent far more hours than me trying to figure this out so take what I’m about to say with many grains of salt, but having watched the first seven games this season it seems like the answer is simple:

Build the whole dang thing around No. 24.

Thomas Fleming wrote smartly this week (and has been doing so all season) about how OSU has essentially eschewed the Air Raid for something you’d see in the SEC or even, gasp, the Big 10!

That’s disappointing to see but it means there’s nowhere to go but up (or towards the sidelines). I’d like to tack on to his idea that OSU MUST spread things back out that OSU also must make Tyreek Hill its centerpiece.

The most successful drive of the last three games came on Saturday against West Virginia and guess who received the majority of the touches?

Also, this is real:

With Tyreek Hill on the field, #Okstate had 15 rushes for 129 yards.

Pat Jones noticed it too. “When they started pumping the ball to him there for a spell, they looked different to me.”

Why though? Why does it work so well when you structure everything around the Freek?

There are many reasons, I believe, not the least of which is that No. 24 is the most gifted football player in this conference. To NOT build around him is absurd.

Stop using him on punt returns (it’s not working) and for the love of Jim Lookabaugh do not let him cover another punt or be anywhere near that unit again. Save him for offense and let him go.

Here’s a look at that 89-yard drive I mentioned earlier.

Even with a busted offensive line No. 24 can make something happen.

Again, these are the first downs you need to be having.

I want to point out how quickly OSU was running plays with him back there. Get up and go. This has been such a cornerstone for this offense and it just isn’t doing it as much this season.

This drive it did and it worked.

Everything felt more free on this drive. As if WVU was keying in on Tyreek and not paying attention elsewhere. Yurcich was given the opportunity to open up the playbook a little and his team responded.

I’m not sure if this means Tyreek should be RB1 but I do think he should be what other teams are primarily gameplanning for.

If you think back to the 2010-12 teams, it was Joe Randle who was the centerpiece of that offense. Weeden2Blackmon was special but it was only special because Randle did everything.

Using the run to set up the pass has always been a Gundy mantra and with Tyreek you don’t even need a great offensive line.

Heck, you don’t even have to hand of in the traditional way. You can “hand off” using screens and swing passes like OSU did here.

Then fake the swing and an easy first down to Glidden.

The bottom line is that when No. 24 is at the forefront, good things happen.

OSU needs to get back to the spread, make him the axis on which it spins, and try to steal a couple of these last four games.