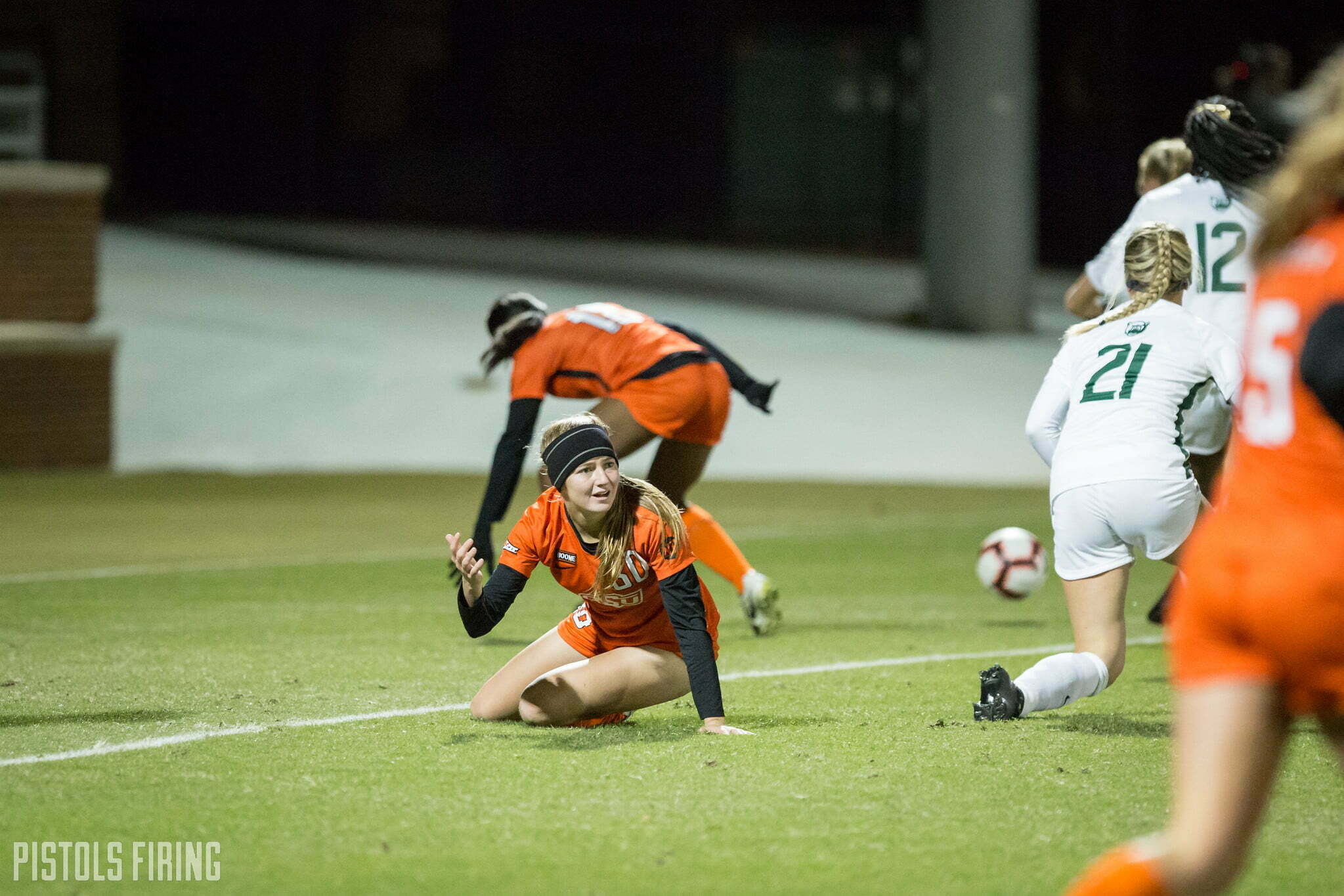 Oklahoma State’s road to repeating as Big 12 champions was supposed to start on Friday night in Norman. But just hours before the pandemic-shortened season was set to kick off, 2020 struck again.

OSU announced its soccer opener against Oklahoma in Norman would be postponed due to COVID-19 precautions.

A release from Oklahoma State explained the rationale for the change on such short notice.

The decision was made when the number of positive COVID-19 tests and contacts on OU’s team exceeded the Big 12 Conference’s minimum standard for competition, which state that teams must have 14 student-athletes available to play, including at least one goalkeeper.

An already-truncated season was announced earlier this week with the Cowgirls’ slate cut down to just nine Big 12 games, completely cutting out nonconference play.

It won’t be a totally uneventful weekend for the soccer team, however. Just after announcing the cancelation, the soccer team announced it made alternate plans this weekend and will take on Kansas State on Saturday night.

When life gives you ??, make lemonade!

Great news, we WILL BE PLAYING ⚽️ THIS WEEKEND! We're now off to the Little Apple to take on @KStateSOC on Saturday night!

The two Bedlam rivals will look to reschedule the match for a later date.