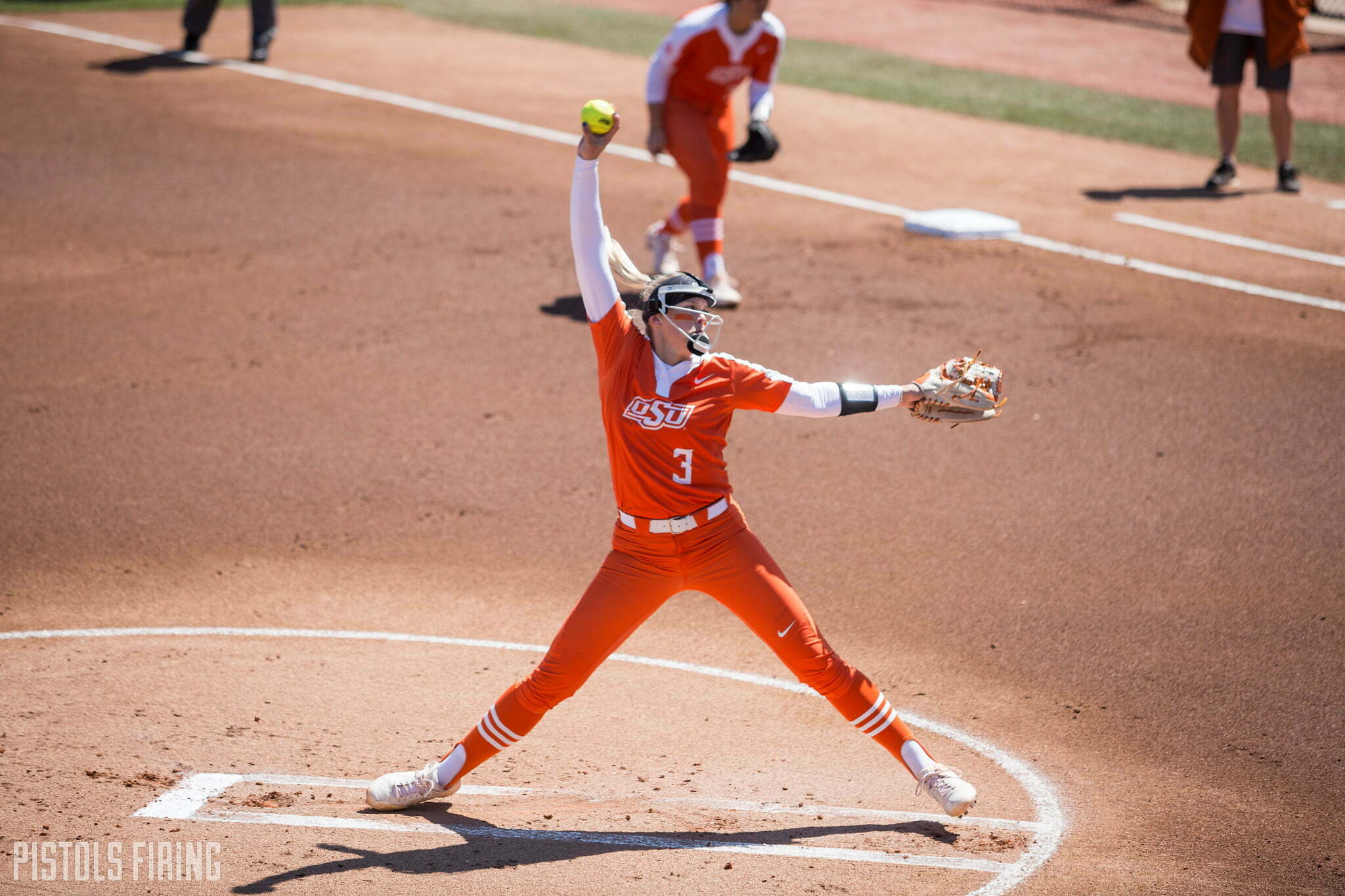 STILLWATER — The runs the Cowgirls’ offense provided in the first inning were all Samantha Show ended up needing.

The Oklahoma State softball team defeated BYU 3-1 in Cowgirl Stadium on Thursday night to advance in the winner’s bracket of Stillwater’s NCAA Regional. With the victory, the Cowgirls play Tulsa at noon Friday.

The Cougars threatened in the first inning but came up empty handed. Taylei Williams reached on a rare Kiley Naomi throwing error with one out. Libby Sugg then singled to left field. Williams rounded third quite generously, getting caught in a pickle between third and home. After the rundown, Williams slid head-first into home plate but was tagged out. Arissa Paulson grounded out to end the frame.

The Cowgirls let no such opportunity escape. Rylee Bayless and Show drew walks to start the bottom of the first before Madi Sue Montgomery singled to the right side. Bayless scored on the play, and Show stopped on third.

“RBIs mean someone’s gotta be on base,” Montgomery said. “So, my team’s doing their job getting on in front of me.”

Michaela Richbourg then grounded into a double play, but those were only the first two outs of the inning, so Show crossed the plate, giving OSU a 2-0 lead.

After another scoreless inning in the circle, Show hit a two-out, RBI double to right that scored pinch runner Shalee Brantley. From there, the sailing was fairly smooth for Show and the OSU defense.

The Cougars did get a run back in the fifth when Rylee Jensen crossed the plate, but Show stranded Sugg on first. BYU had only three at-bats in four of the game’s seven innings.

Tulsa, OSU’s next opponent, beat Arkansas 5-0 on Thursday. The Golden Hurricane scored all five runs in the top of the seventh. OSU and TU have met twice this season. Tulsa took the first game 3-0, and OSU took the second 5-0.

“I see a good team that we’ve gotta beat, that we’ve struggled with,” Gajewski said. “All I know is the last time we played them, we won (five), zip. That’s what I’ll focus on. I’ve got a lot of respect for (Tulsa coach) John (Bargfeldt) and his staff and the way that they play. They’ll give us everything that we want and more, so I expect it to be a really good softball game. I expect it to be a crazy crowd. I can’t wait. I can’t wait to wake up and play.”