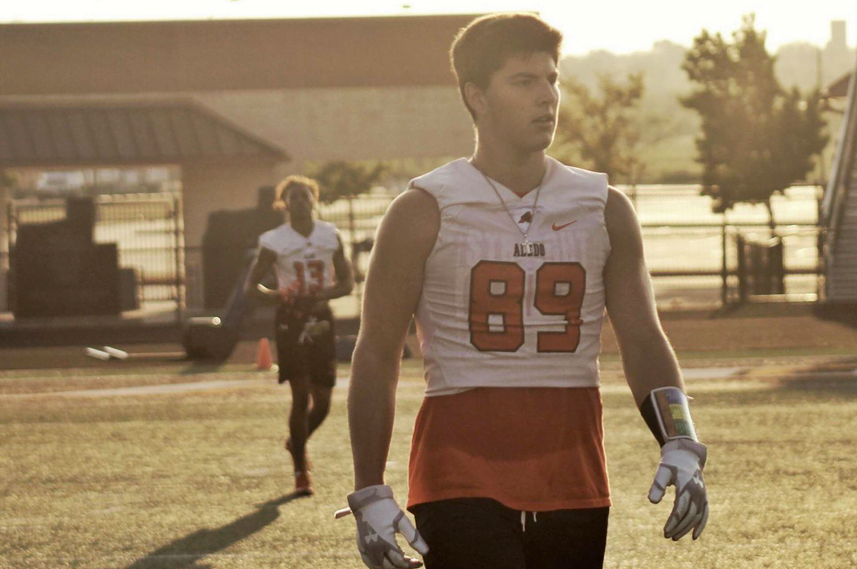 Less than a day after Class of 2022 tight end prospect Jason Llewellyn announced his top 15 schools — of which Oklahoma State was one of them — Oklahoma snuck in to secure his services. The Texas talent committed to the Sooners in a surprising turn of events on Friday.

The Aledo, Texas product was offered by OU only a week ago but clearly wanted to waste no time in pledging his public allegiance.

OSU entered the mix relatively late in the process as well, offering on Jan. 24, but that was a time when a flurry of schools were finding him for the first time. In January alone, 12 schools entered the mix with official offers.

The quick trigger commitment is a microcosm of OSU’s success — or lack thereof — at recruiting the position in 2022. To date OSU has offered only four players at tight end, but three of them, with the exception of Trent McGaughey, have already committed to schools.

Tight end figures to be an important position with Jelani Woods transferring and the projected top two players on the depth chart at the position already upperclassmen. That means OSU will move on in its quest to fill the position, but losing out to OU for Llewellyn, and doing so a day after it appeared OSU had a real shot, is a gut punch.