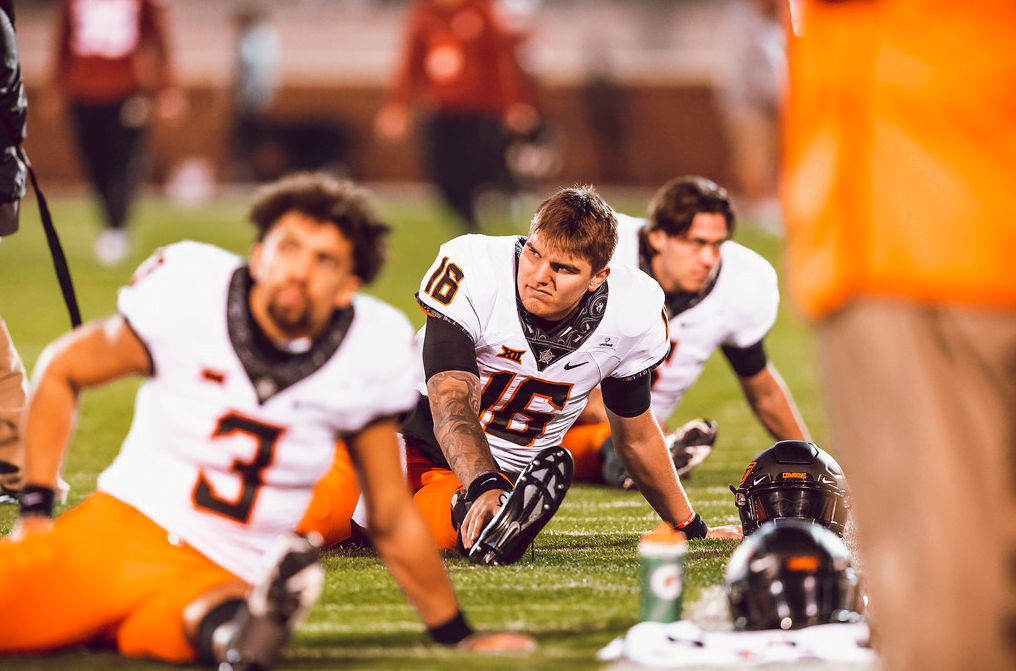 OSU on Wednesday released its spring football roster, providing real clarity at some key positions including at running back, where senior LD Brown was said to be considering a return but had not publicly given a direction on whether he was staying or going.

With the roster now here, I figured now is as good a time as any to try and take a stab at the depth chart. Consider this a mini-update to Marshall’s way-too-early predictions from earlier this winter. (Tomorrow I’ll do defense so stick around.)

QB thoughts: Not much to dispute here. Spencer was the starter when healthy and likely the day one starter come fall. Illingworth will have a say in this perhaps changing, and I liked what I saw from him as a true frosh thrown into the fire last season, but we enter the spring with a pretty clear hierarchy.

RB thoughts: LD Brown being on the roster means, presumably, that he’s back for another season after a career year. He should be in line for RB1 duties. It gets messy after that. Dez Jackson took over the load as RB1 when Chuba and Brown were banged up to end the season, but Dominic Richardson is very much a special talent whose pass-catching and shiftiness will be hard to keep off the field. Then there’s Utah State transfer Jaylen Warren. This position group is pretty filthy with depth.

WR thoughts: I tried reshuffling this every which way to find a path to get Langston Anderson on the first unit, but couldn’t make it happen with Tay Martin returning. Martin had a season-high six receptions for 73 yards in the bowl game and looks like he should be able to capitalize on that hot finish as the guy in line to succeed the role of Tylan on the outside.

CW thoughts: Pretty nice little unit here. I sorted the hierarchy in the order it was last season, but there’s definitely a chance Quinton Stewart in his second year after enrolling early makes this look different. I’m also pretty bullish on Jarrard, a 6-foot-3 junior college import who has some nice pass-catching abilities. I’m mostly hopeful that OSU uses the position in that way more frequently.

OL thoughts: Caleb Etienne is 6-foot-8, 310 pounds, and likely to start the season on OSU’s second unit at left tackle. If that doesn’t tell you how good this position group can be as a whole, then nothing will. The strength is in the experience, too. At LT, Springfield returns as a starter; at LG, so does Sills; and at RG and RT, Birmingham and Anthony are in the same boat. Then you replace the outgoing starter at center with Miami’s Danny Godlevske, who has been a multi-year starter. Charlie Dickey has patched this group up nicely. After a down year because of injuries, this group has a chance to be the strength of the team.