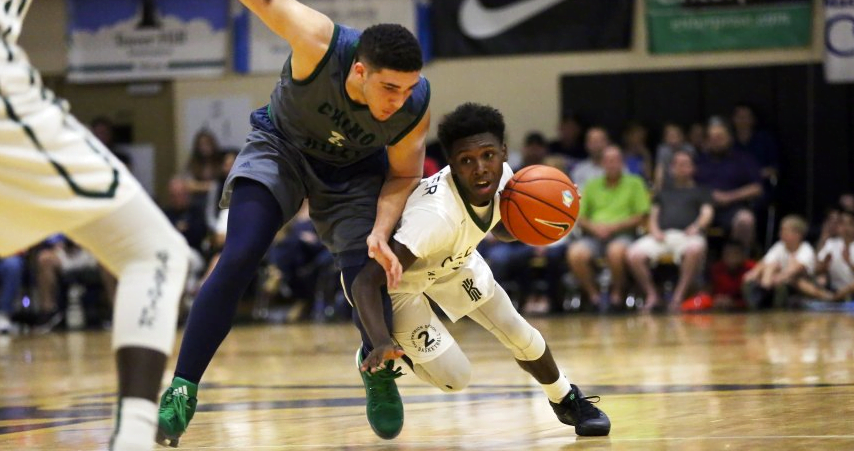 Norman North point guard Trae Young announced his commitment to Oklahoma over OSU and Kansas, thus changing the plans of OSU coach Brad Underwood and his recruitment strategy. The Cowboys currently sit at a [projected] one scholarship over the NCAA limit counting graduations and incoming recruits, yet with Young, he would have been a definite take regardless. Get the talent and let the situation sort itself out type of deal.

And still, that may be the case. It just may be with a different target.

In early January, OSU offered 2017 point guard Jordan Walker of St. Patrick High School in New York. The Cowboys have stuck with him, making a visit to see him at the end of January with the hopes of staying in contact — despite uncertainty surrounding his classification.

You see, Walker is in a unique situation. He can technically qualify as a 2017 recruit, but also has the ability to slide down the dial to 2018 if he doesn’t feel a scenario fits him best.

Right now he’s hearing from OU, OSU, Indiana, Seton Hall, and Providence. And with Oklahoma landing Young, it likely eliminates the Sooners and the competition should he opt for the 2017 class.

Walker won’t make his decision on his classification until after the season, where he will set up visits then (should he opt for 2017). But with Young picking OU, it opens the door for OSU to offer up a situation with more playing time in 2017. So keep an eye on Walker in the coming months and expect for the Pokes to contend with Indiana, Providence, and Seton Hall in his recruitment.