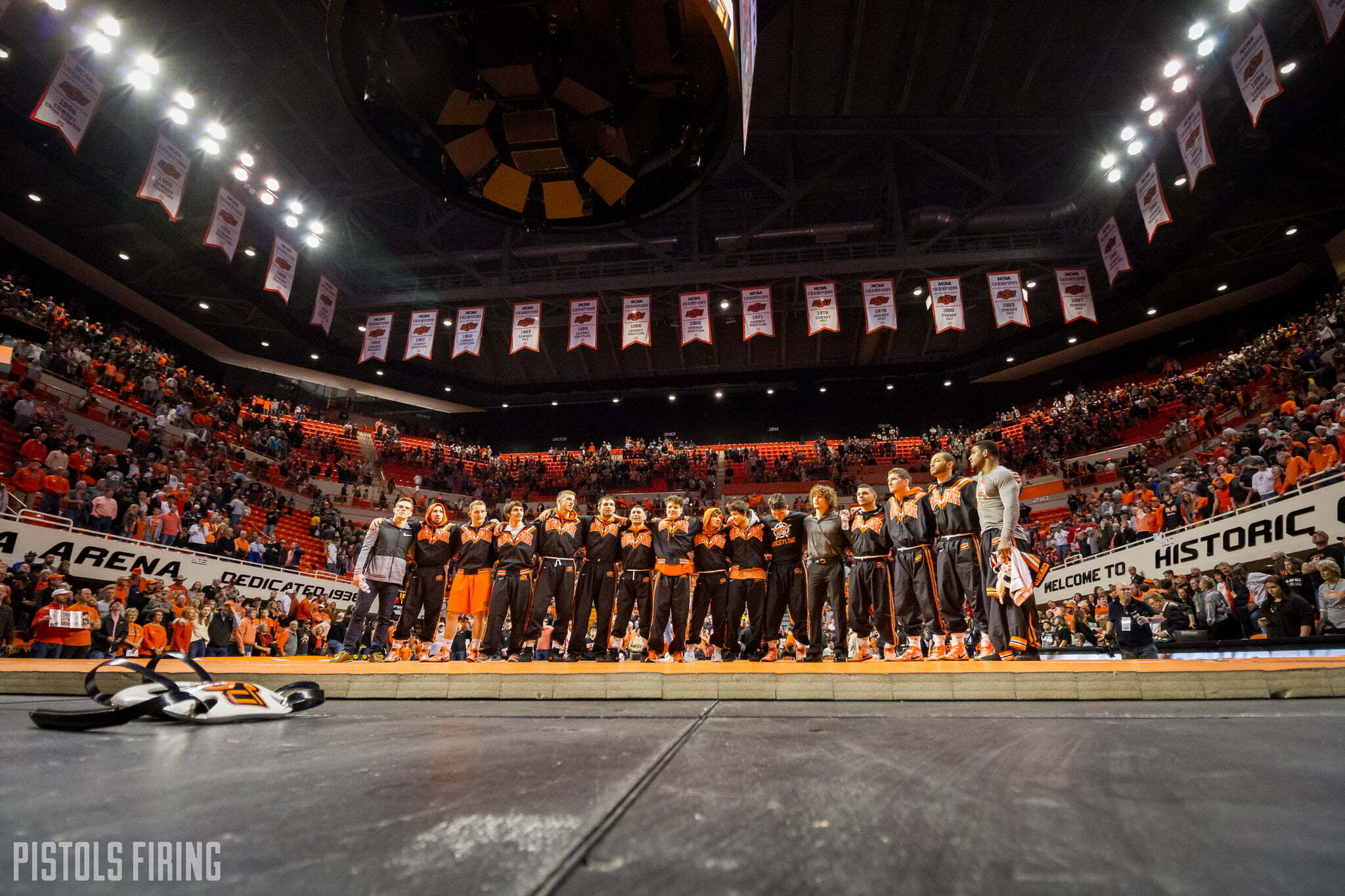 As OSU has closed out their 2018-19 season I thought this would be a good time to take a look at what the Cowboys’ lineup may look like next year.

There are a number of variables that could come into play that may impact what happens at some of these weights. Let’s take a look at some things that could happen and projections of who we’ll see where.

125: At some weights there are question marks. At 125 there’s definitely not. Two-time All-American Nick Piccininni will return to the lineup and almost certainly be back at 125 for the fourth year in a row to defend his Big 12 crown and go for another higher spot on the NCAA tournament podium.

133: Daton Fix finished second at the NCAA tournament this year as a redshirt freshman and, if back in the lineup, is certain to be a contender for the title again at 133. But I don’t think we’ll see him on a college mat next year.

The junior World Champion finished just behind Thomas Gilman for the senior World team spot at 57 KG last year. Next season he has the option to take an Olympic redshirt and pursue a spot on the 2020 Olympic team. I’ve not spoken with Daton, or any other insider on this subject, but my gut tells me he’ll take the redshirt. Making an Olympic team is simply a much more feasible task when that is where your main focus lies vs. mixing it with going after an NCAA title.

So where do the Cowboys go if Daton takes the Olympic redshirt? One option is to convince Kaid Brock to cut back down from 141. Kaid didn’t have the same success this season at 141 that he had at 133. Is that enough to make him want to move back down?

There are some younger wrestlers on the roster that could battle it out for the spot if Daton redshirts and Kaid does not cut back to 133. Jacob Fontanez, Conner Wilson, Andrew Nieman, Rhett Golowenski, and Bennett Sherrer could fight it out for the spot and incoming freshmen Reece Witcraft and Colt Newton may insert themselves in that conversation, as well.

There are a number of interesting variables that will likely dictate what happens at 133. This is one we may not know much on unless Fix announces he’s not taking a redshirt. If Fix is out, you probably really want Kaid Brock back down at 133 as it would set up for the best overall lineup.

141: Two-time All-American Kaid Brock could return to the lineup at this weight for his senior season. If Fix doesn’t take a redshirt this is almost certain to be the case as there would be no need for Kaid to move back to 133. Brock took his lumps throughout the season at 141 but had a solid NCAA tournament. With the graduation of a few seniors and a few likely Olympic redshirts he’s a definite All-American candidate.

Another possibility here is Kaden Gfeller. Kaden spent most of the year as the starter at 149 after an injury to Boo Lewallen but is a natural 141. He could go back down to 141 to battle with Kaid Brock for the starting job or simply to man the spot if Daton Fix does take an Olympic redshirt and Kaid Brock cuts back down to 133. If Fix takes the redshirt ideally Brock moves back to 133 and Kaden Gfeller is here at 141. That’s probably the strongest lineup in that scenario.

149: This is another interesting one. All-American Boo Lewallen severely injured his shoulder this season and has had issues with it his entire career. He’s had surgery and is currently going through rehab. If he can get back to 100 percent, he’s probably the guy here. That’s a big if though, and a question that probably won’t be answered for a while. I think he could be back in some capacity, but it’s very difficult to know how his shoulder will heal.

Kaden Gfeller could return to his post as the starter here. He held the job all season with the exception of the two matches Boo Lewallen wrestled. There’s also the variables we discussed where Kaden could go back to 141.

I would also throw Dusty Hone in as a possibility. On the surface you probably wouldn’t pencil him in, but if some of the possible scenarios I’ve described play out Hone could definitely be the guy. If Daton Fix takes an Olympic redshirt, Kaid Brock cuts to 33, Kaden Gfeller wrestles 141, and Boo Lewallen is not healthy, then Hone’s probably the starter at 149.

157: Wyatt Sheets finished out the year as the starter here and should be the guy again next year. Andrew Shomers was the starter to begin the season but struggled with the weight cut and opted to move up to 165 mid-season. Shomers could decide to cut back down to challenge for the spot, but barring that, the most likely scenario is for Wyatt Sheets to return as the starter.

Every single starter for OSU from 125-157 returns next season. They could easily step right back into the exact same lineup they had at the end of last season. With injuries and variables like a possible Olympic redshirt for Daton Fix, there are still some questions and it will be interesting to see how it all shakes out.