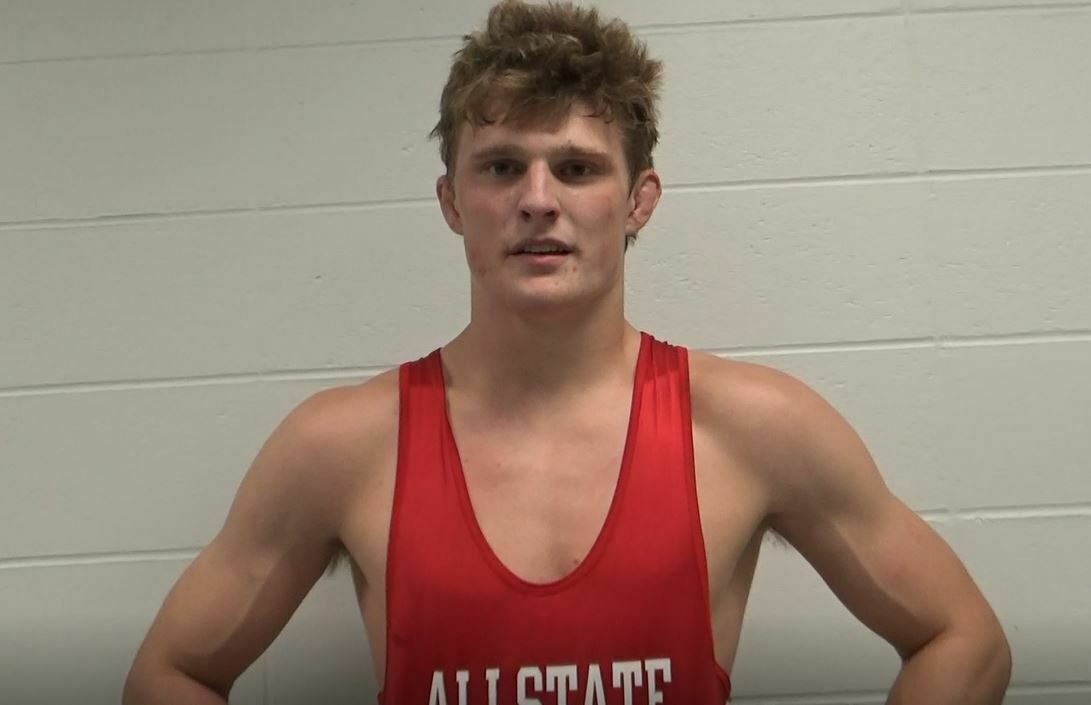 Edmond Memorial’s Benjamin Mower competed this past week in his final high school wrestling match at the All-State duals in Bixby. He finished the high school regular season with a 34-5 record and a 6A state runner-up finish at 170 pounds behind Edmond North’s Jaxon Randall.

I caught up with him at All-State, and we chatted a little about his process of ending up at Oklahoma State, where he’ll be walking on to the wrestling program.

At the All-State dual he beat Garrett Wells, who was a double Fargo All-American this summer. I asked him about what his wrestling has been like this summer and how he was able to prep for such a big win.

Mower: I went to Junior Duals for freestyle, it was the last time I wrestled freestyle this summer. Since then I’ve been up there [at OSU] getting hourlong lifts every day and practicing. You get great technique up at OSU. You got amazing wrestlers up there … working with the best guys in the nation. No better way to get ready than that.

Duckworth: What’s the transition to college been like? Are you already in Stillwater?

Mower: I’m already up living in Stillwater right now and taking a couple of classes. It’s a little quiet up there right now, but it’s great getting to know some of the guys and learning what college wrestling is all about. It’s been a good way to get to learn it.

Duckworth: What are the lifts and practices like? Have you been able to do most of them?

Mower: I’ve gone to every lift and every practice. They’re about an hour long, to make sure you’re getting some reps and some wrestling in. Make sure you’re not “not” doing anything over the summer. It’s not super intense or super hard. A lot of drilling, some sparring, and conditioning at the end.

Duckworth: It’s still a pretty big transition to go into college wrestling. What are your expectations going into next season and the next few years of competition?

Mower: Next year I’m definitely going to redshirt (174) at least so I can get used to college wrestling. I’ve talked to some of the guys and that first year is definitely more of a survival-type year, and after that, I’m just going to keep on working and see where I end up.

Duckworth: What led to OSU?

Mower: I didn’t start wrestling until seventh grade, and all I’ve ever heard was OSU this and OSU that, and I went to an OSU dual and fell in love immediately. The environment there and everything like that. To be honest there was kind of a funny story, there was a guy who walked on at OSU, I knew him, and I tech’d him twice one season. That was when I was like “I know I can go on at OSU.”

There was a guy on my team, AJ Heeg, he was recruited to OU. His dad, he knew all the people at OSU and got me in touch with Tyler Caldwell. From there, I kept being active, showed them what I could do, and got on the team.

You can watch the full video of the interview below.