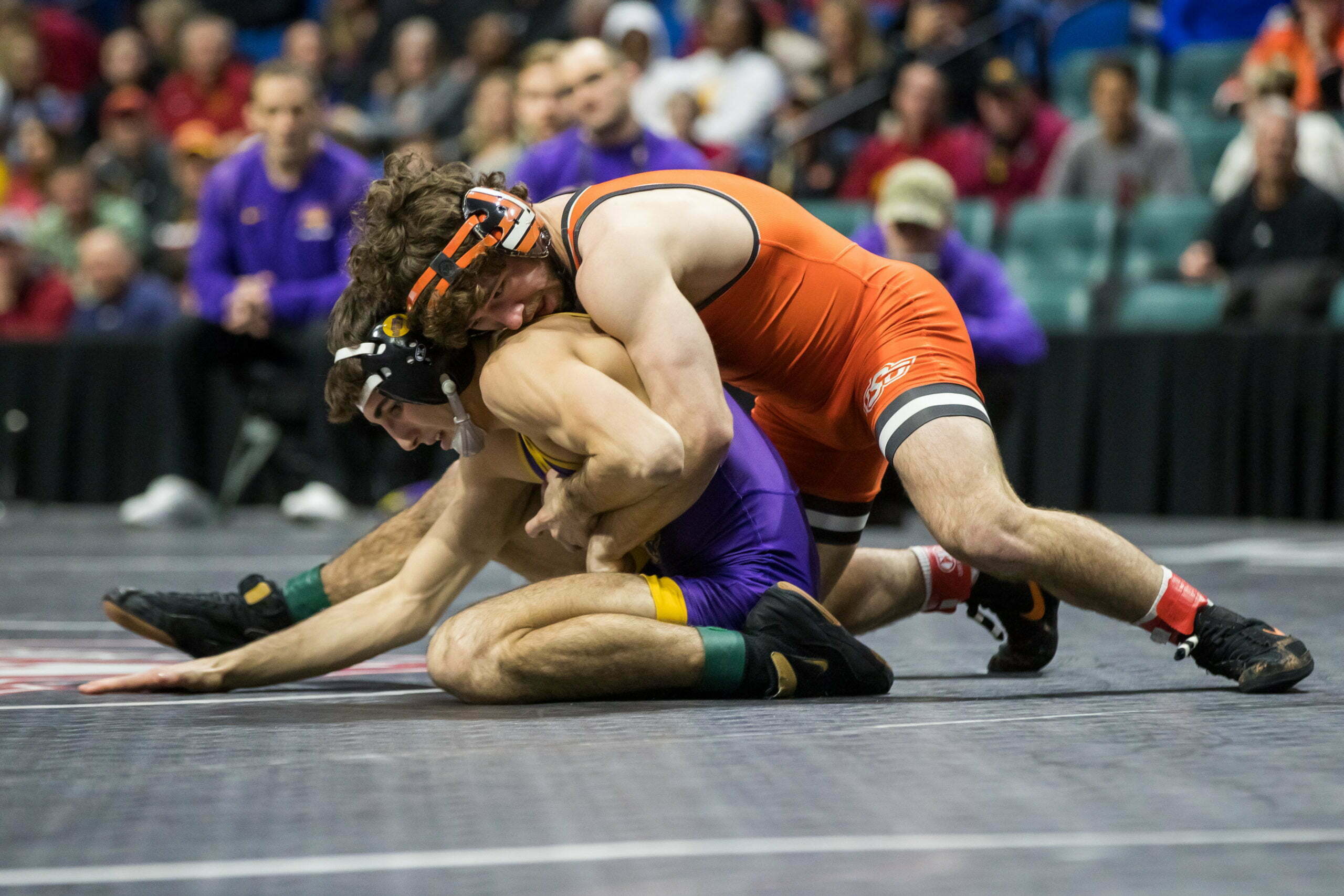 The Cowboys finished fourth at the Big 12 tournament this weekend in Tulsa, failing to bring home a team title for the first time since 2012. Here are my five thoughts on the tournament.

1. A good team race is better

The last two years Oklahoma State fans have left the Big 12 Tournament with a bad taste in their mouth. The Cowboys tied with their rival Oklahoma in 2021 and finished fourth in 2022. That’s certainly not the result they wanted, but you need good competition to get better. And as a whole, it’s a lot better event when there’s an interesting team race. Each fan group gets into every match, and there’s a rooting interest almost constantly. Fans may prefer a blowout conference win every year for the Cowboys, but what’s best for the sport, and in many ways OSU, is a good competitive team race.

2. Can’t win with three guys not scoring any points

The Big 12 is competitive now. Missouri is back in the conference. Iowa State is good. OU is good. Northern Iowa is good. You have to be good at every weight to win in this conference. The Cowboys had more champs than any other program this weekend, but that doesn’t really matter in a Big 12 team race if you don’t score points at pretty much every weight. OSU led after the semifinals, but Missouri and OU surged on the consolation side which put them over the top here and found OSU in a fourth-place finish.

3. Kaden Gfeller opens up a bit about his last few years at OSU

As a freshman, Kaden Gfeller won his first Big 12 title at 149. Fast forward through a few rough years for him and now he’s on the top of the podium again. Kaden didn’t go into all the gritty details on it, but was visibly emotional as he talked about it after his finals match against OU’s Willie McDougald.

Missouri finished with 131.5 points to Oklahoma State’s 107.5. A 24 point gap. If Ferrari would’ve won the tournament, he would have scored a minimum of 19 points — 16 placement points, 3 advancement points, then any bonus. Two pins and a major would’ve tied it, but 197 is a tough weight class in the Big 12. Ferrari may have been able to pull that off, but it certainly would not have been easy.

5. I wouldn’t expect much out of Sheets or Wittlake at the NCAA tournament

I’m not even sure if they’ll get bids, but if they do, I don’t think fans should expect a lot here. They are both hurt and hurt significantly. Last year Sheets managed to become an All-American on a bad knee, so crazier things have happened. But, these guys are wrestling with some severe injuries, and it’s just tough to see them recover enough in the next two weeks to do much at the NCAA tournament.