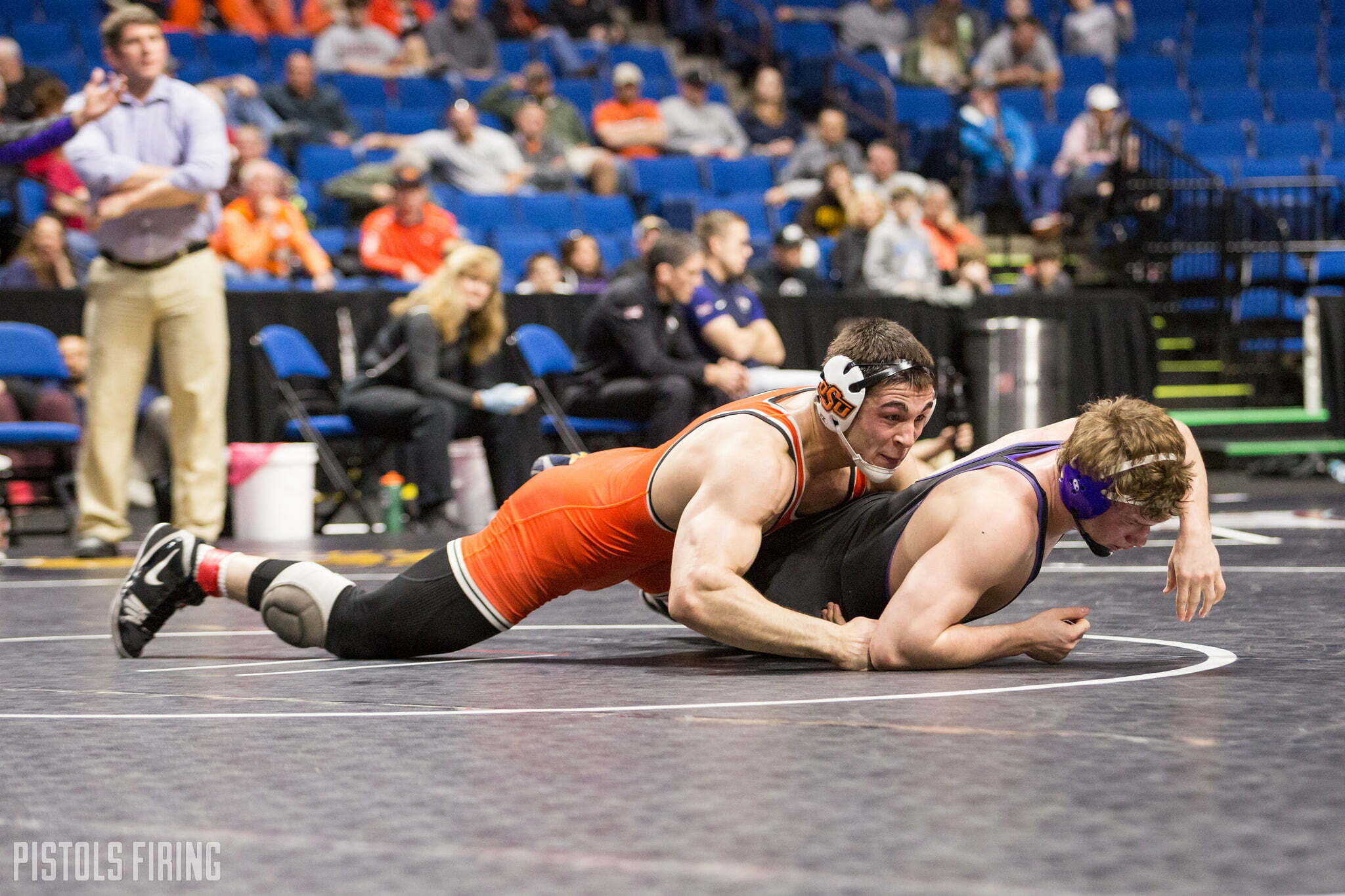 There’s no way around it. The Cowboys did not wrestle well at the NCAA tournament. They did have some bright spots with Jacobe Smith and Boo Lewallen who earned All-American status for the first time. Chandler Rogers had an impressive comeback to finish eighth after being upset in the first round.

Ultimately it was a disappointing tourney for the Cowboys, though. One thing that I believe has been overlooked a lot is the impact Preston Weigel’s injury had on the end result of the tournament and what having him back healthy next season could mean for the Cowboys.

On the technical side, Weigel possibly has the best top game in the country. He can win a lot of matches simply with that, but previously didn’t have much offense on his feet. This year at times he had it. When he pulled the trigger on his shots he’s just so physically strong that he could finish most of them. I don’t know the exact stats on it, but would guess he had more takedowns this season than he’d had in any season in his college career and he was out with injury most of this season.

Here’s a big throw by him against the highest returning finisher at his weight next season.

The Cowboy 197 pounder and All-American was hurt early on in the season. He didn’t wrestle his first match until mid-December. When he came on the scene he looked very good. He knocked off the eventual NCAA champion, he tech’d the third place finisher, and beat the fifth place finisher pretty comfortably. All these wins happened in a very compacted season for Weigel. I would add that he also beat the NCAA runner up this year in the previous season at the NCAA tournament.

He did have one loss during the regular season to the eventual eighth-place finisher at the NCAA tournament, Willie Miklus. It came out later that Weigel was actually injured prior to that match and just decided to power through it without telling the staff.

#OKState coach John Smith said 197-pounder Preston Weigel was battling an injury this weekend that “no one really knew about.” Weigel lost his first match of the season last night.

After that weekend he didn’t wrestle again until the Big 12 tournament, but was only able to get back on the mat a week prior to the conference tournament and it’s believed that he wasn’t 100 percent there. He dropped one match and eventually finished third at the Big 12 tournament. He then went to the NCAA tournament injured, was hurt in the first match, finished it out, then injury defaulted out of the tournament.

Weigel was at a strange weight this NCAA season. The 197 group was up and down and all over the place and reminded more of a college football season than NCAA wrestling season. What I mean by that is that one guy would look like the best wrestler at the weight for a bit then he’d get upset by a guy outside the top 20, then the same thing would happen to the next guy, and the next, and so on.

With how this weight went this year and in wrestling in general you can’t mark it down as a certainty that because wrestler A. beat wrestler B. he’s going to be able to beat everyone and win the whole thing. The only guy that was in that bracket at the NCAA tournament that had wins over the Nos. 1, 2, and 3 finishers this season was Preston Weigel though and in his only losses on the season he was hurt. So it’s not a stretch to say a healthy Weigel could have won the NCAA tournament and it’s even pretty reasonable to argue that he would have.

If it would have played out that way Weigel’s points alone would have lifted the Cowboys up to at least sixth place in the team race. You still expect this program to be at a higher notch than that, but it’s a lot better look than the finish that happened and keep in mind the Cowboys redshirted some stars this year to build toward next season.

The highest returning finisher at that weight, Weigel tech’d this year. If he can get healed up properly over the summer he’s definitely a threat to be on top of the podium next March.