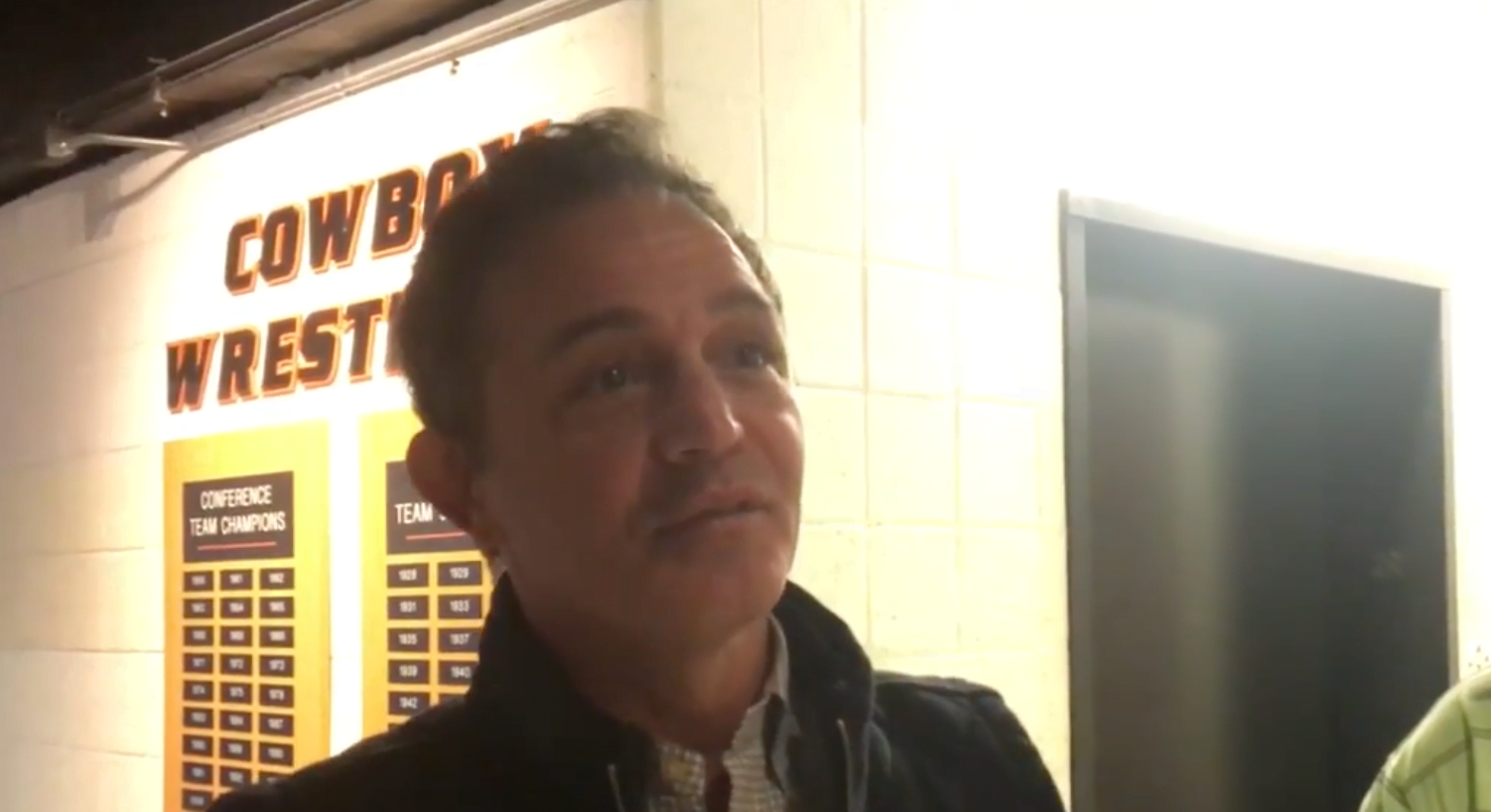 Landry Chappell and Kyle Garcia, senior Oklahoma State wrestlers, have a combined 0-0 record in dual matches, and they will be honored during the Cowboys’ Senior Day festivities Sunday for Bedlam.

All of the other seniors — Kyle Crutchmer, Anthony Collica, Nolan Boyd, Austin Schafer, Jordan Rogers and Luke Bean — will be honored, too, but their wrestling résumés will have a few more lines. Luckily for Chappell and Garcia, that’s not all that matters, Smith said.

A lot of Cowboy wrestlers put Smith down as a reference on their résumé, Smith said, and the guys who wrestle less, often are the first ones to get jobs. Smith — a four-time world champion, owner of two Olympic golds and two-time NCAA champion — said he is honored to be put down as a reference.

“It’s nice when somebody calls and wants to know about a student-athlete,” Smith said. “You tell them who they are. I talk a lot about their career as a wrestler, about how many days they’ve been coming in without the opportunity to start.”

“That just tells you about those guys,” Smith said. “I got a bunch of seniors that are graduating that maybe wrestled a few matches as starters but were loyal to the program.”

Crutchmer, Collica, Boyd and Schafer are the headliners. Among them, they have won 269 matches. All of them are ranked at least No. 7 in the nation in their respective weight class. They saw seven individual national champions, a team runner-up, four Big 12 titles (with more to come this postseason).

Smith said they helped bring OSU wrestling back, after a couple of “tough” years of “hard times.” But that, in some ways, is less commendable.

“You just gotta recognize that [the backups] were in here, some of them, for four years and a few of them were for five years, making a difference for someone else,” Smith said.

A lot of their years, the beneficiaries have been Crutchmer and Collica. They, too, said they realize the sacrifices the reserves make every day at practice.

“That’s real important,” Collica said. “We need partners, and they help us get better. It takes a lot for you to just come to practice every day. Not many people can do that.”

Crutchmer said the senior reserves come in every day exuding positivity in an otherwise humbling situation. They have accepted their role, he said.

“We’re trying to do something bigger than just the starters,” Crutchmer said. “If we’re wanting to win a team title, it takes everybody. It’s not just the nine or 10 guys who wrestle.”

Crutchmer and Smith said the senior reserves push the starters every day, which helps everyone, but both recognized the difficulty to do that for four years.

“I don’t think I’ve ever had a group that has been as loyal as this group,” Smith said.