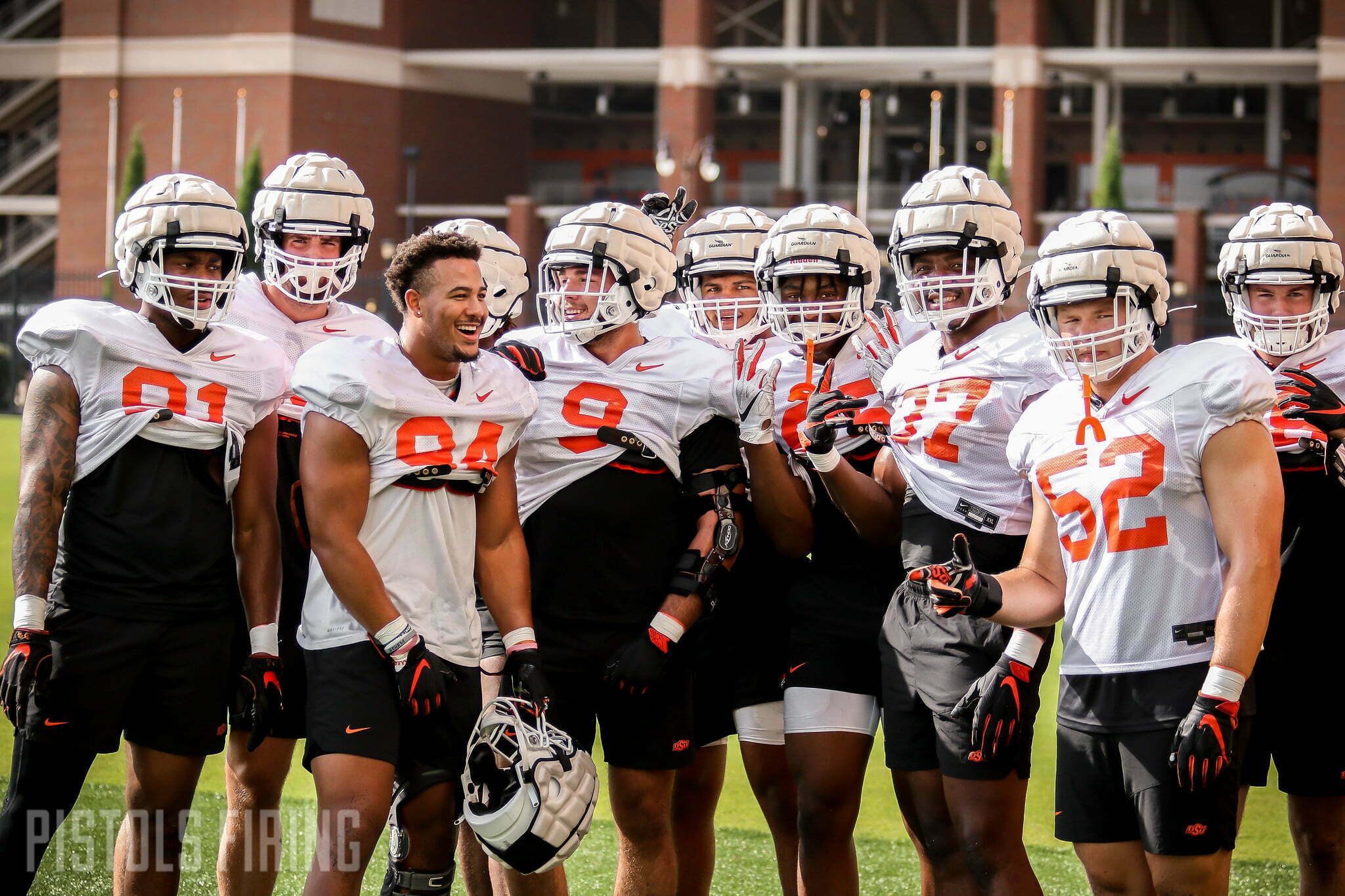 Malcolm Rodriguez was drafted by the Detroit Lions. Devin Harper by the Dallas Cowboys. Christian Holmes by the Washington Commanders. The staple pieces of OSU’s 2021 defense, by and large, are gone.

And yet with about a week of fall training camp underway in Stillwater, America, the 2022 defense, retooled with several new starters and orchestrated, by the way, by a brand-new defensive coordinator in Derek Mason, has the trappings to be just as good (or close to as good) as the one that will — for now! — go down as the best defensive unit in program history.

“It’s so early right now in watching our defense, but I’m comfortable with our pass rush,” said Mike Gundy this weekend at OSU’s media day. “We’re young at linebacker. We can run, we can hit. We don’t know a lot because we haven’t had many quality reps . . . but I like the transition with where we’re at with Coach Mason and Joe Bob Clements moving to linebackers.”

Gundy these days shoots it pretty straight in the media. When he has a good team, he knows it, and he’ll exude that quiet swag. The mullet shines a bit brighter when his teams look good in training camp. And right now the sheen on the Arkansas Waterfall is nothing if not evident from NASA’s International Space Station.

“I think they’re going to play really well. I really do, defensively,” Gundy said this weekend.

The secondary has all the talent in the world led by Jason Taylor II, Thomas Harper and Kendal Daniels.

The linebackers replacing NFL talent are nothing to scoff at, either, led by former Texas Tech starter Xavier Benson, Mason Cobb, Nick Martin and Lamont Bishop.

Of course, for this OSU defensive unit “really well” is the standard now. The 2021 D was elite. Top-tier stuff.

“Defense carried us,” said Gundy. “For the first time in my career, when we went into a game, I felt like we had a defense that could just stop people, and if we could just manage to score about 15 to 20 points, we could win.”

Expectations in 2022 should be tempered (probably). It’s probably unfair to expect that with a new defensive coordinator, new starters at linebacker, new starters in the secondary, this defensive unit can again be one of the best in college football.

It’s fair, though, to be plenty optimistic about its capability overall to be a strength of the team. Collin Oliver is back as a force off the edge. Same with Brock Martin and Trace Ford. There are some legitimate building blocks that can make that side of the ball a force once again. Maybe it’s as good as it was in 2021, maybe it’s not (again, probably not), but there’s hope that 2022 could be really good again for the OSU defense — which could spell good things for OSU as a team.

“We’ve got a long way to go, but we’ve got a good group,” said Gundy. “I like what I see with the coaching, the interaction with the players, guys’ effort, responsibility, the loyalty to each other and their team. I’m excited about where we’re at, but we’ve got a lot of work ahead of us.”