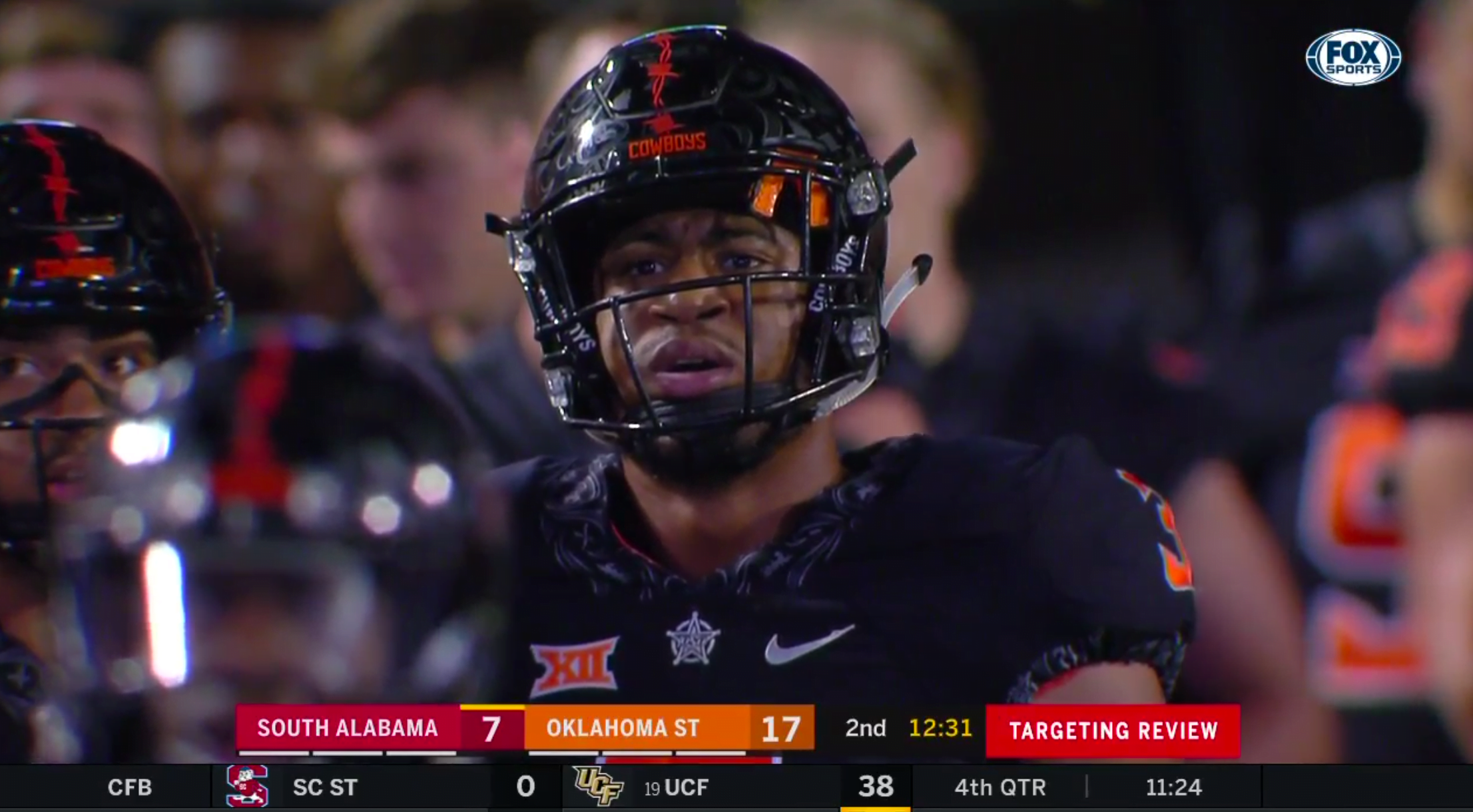 Oklahoma State will be without the anchor of its secondary for the remainder of its Saturday night battle against South Alabama after safety Kenneth Edison-McGruder was ejected for targeting early in the second quarter.

McGruder led with the crown of his helmet as a South Alabama receiver was headed out of bounds and was called for targeting. Review of the play confirmed the call, leading to a 15-yard penalty and an auto-ejection for McGruder.

Here’s a look at the play from one angle.

And here’s another angle of it.

By the letter of the law, it’s hard to argue that the call wasn’t warranted. But OSU having to play without McGruder for the entirety of the second half will leave its secondary looking greener than usual.

In his absence, expect true freshman Kolby Peel to get plenty of reps against South Alabama.