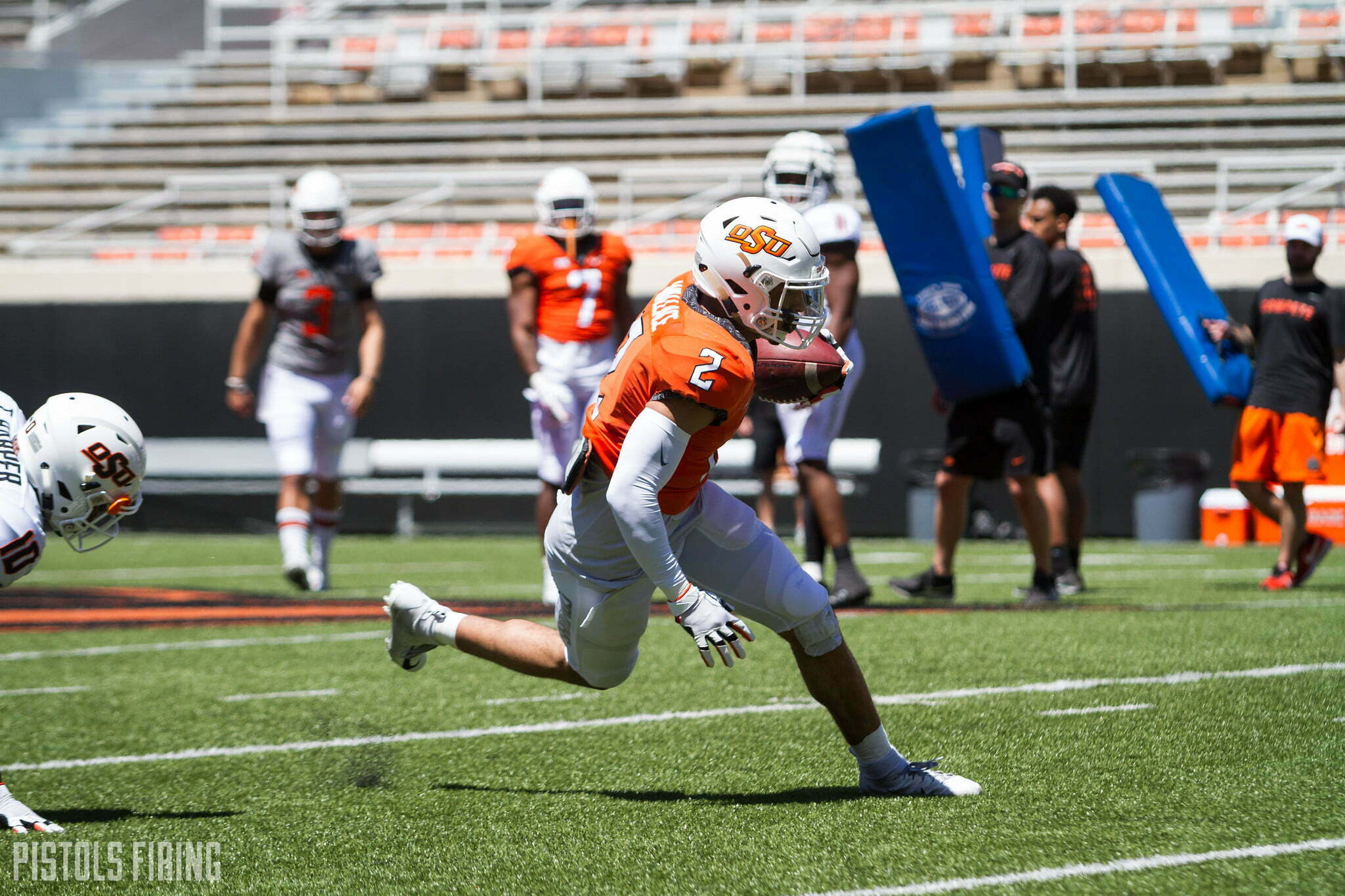 There comes a time when one’s level of confidence scoots beyond arrogance and into a new realm. One of knowledge. Imagination and courage so real and oozing with so much self-confidence that it just exists. It’s not a realm but rather … a reality.

That’s rare air. That’s Michael Jordan as the GOAT (maybe open for debate). That’s Barry Sanders’ 1988 season being dubbed the best in college football history (not open for debate). That’s, apparently, the OSU receiving corps’ belief that they’ve got something truly special cooking this season. That’s what elicited this gem of a quote from redshirt junior wide-out Patrick McKaufman.

“We call ourselves the dream team,” he said Tuesday after OSU’s fifth practice of fall camp. “We have C.J. (Moore) who has the speed and is a really quick guy. (Jordan) McCray is in between. He is quick, but also a really big guy. It’s great. We learn things from each other every day. It is a great competition to have because it makes everyone better.”

Oh, and the guy he left out there in that quote? He may have been the best receiver in college football last season. And in 2019, he may just be a preseason favorite to take home the Biletnikoff Award.

But if this position group — which under Kasey Dunn has undeniably been a strength — turns out to be the strength of this team? Then it may not matter if by Aug. 30 the quarterback battle turns into a nightmare. The Dream Team is on its way to the rescue.