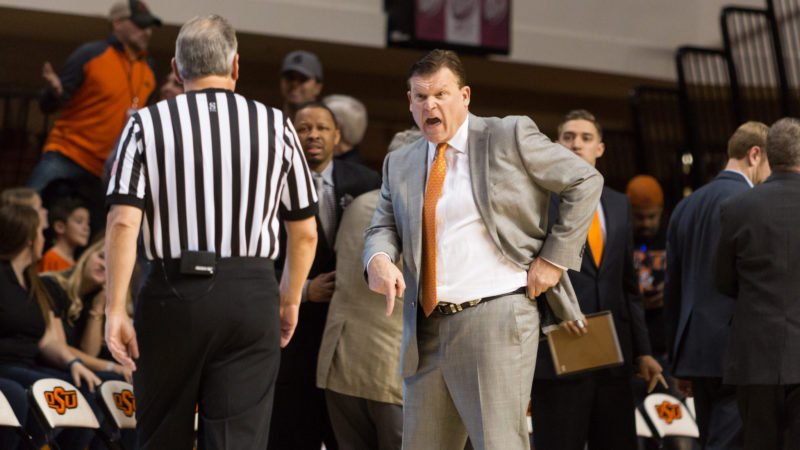 Beard said “they’re one of the top two teams in the Big 12.”

Was the first-year head coach simply being gracious in defeat? Or was this more than just a nice gesture to his counterpart and friend, Brad Underwood?

Since the beginning of this 11-game hot streak, which started against the Red Raiders in Lubbock on January 21, Oklahoma State has scored 81.9 points per game. Their season average of 84.5 leads the Big 12 and lands them in the top 10 nationally.

We know the team can score. They’ve been jockeying with UCLA all week for the No. 1 spot on KenPom’s list for adjusted offensive efficiency. And the Cowboys’ offense has done it facing much stiffer competition than UCLA.

So the Cowboys have lead the league in scoring and been one of the top two most-efficient offenses — in the nation (!) — while facing tougher defenses than anyone else.

One of the biggest contributors to Underwood’s offensive juggernaut — other than its actual contributors — has been their dominance on the offensive glass. OSU is 6th nationally in offensive rebounding percentage at 39.6 per KenPom — second only to Baylor in the Big 12.

Here’s another place where Mitchell Solomon has made himself irreplaceable. We already know about his effectiveness on the defensive end. But Solomon also leads the team with 2.8 offensive boards per game. In fact, KenPom currently has the Bixby product as the No. 2 player in the country in offensive rebounding percentage at 16.9 meaning he grabs one of every six missed OSU shots.

Offensive rebounds mean extended possessions, which lead to more shots. And when those aforementioned contributors include Jawun Evans, Phil Forte and Jeffrey Carroll, you want to get them more shots. It also doesn’t hurt that (as a team) the Cowboys rank 9th nationally in 3-point percentage and 6th in free throw percentage.

The Cowboys have also improved defensively during that stretch — which famously began with a philosophical change on that end.

In the last 11 games, teams are scoring an average of 71.5 points per game on Oklahoma State, which is down from their last-place Big 12 scoring defensive average of 76.9 points on the season.

That gives them a scoring margin of +10.4 over the last 11 games. If that was their number for the season I know it isn’t, it would rank them third in the league behind West Virginia’s ridiculous +18.1 and Kansas’ +11.0.

So, are the Cowboys one of the top two teams in the Big 12? I’m not sure. They have two final huge games this week to make their case.

What I do know? Underwood has a plan. Even if he has adjusted it along the way.

His staples, while forward-thinking, are simple. Pressure teams. Force turnovers. Get offensive rebounds. Move (with purpose) on offense. Basically, give your guys more shots than the other guys (which OSU has done in 22 of 29 games) and let your playmakers do the rest.

So far, the plan seems to be working. Let’s see how far it can take them.