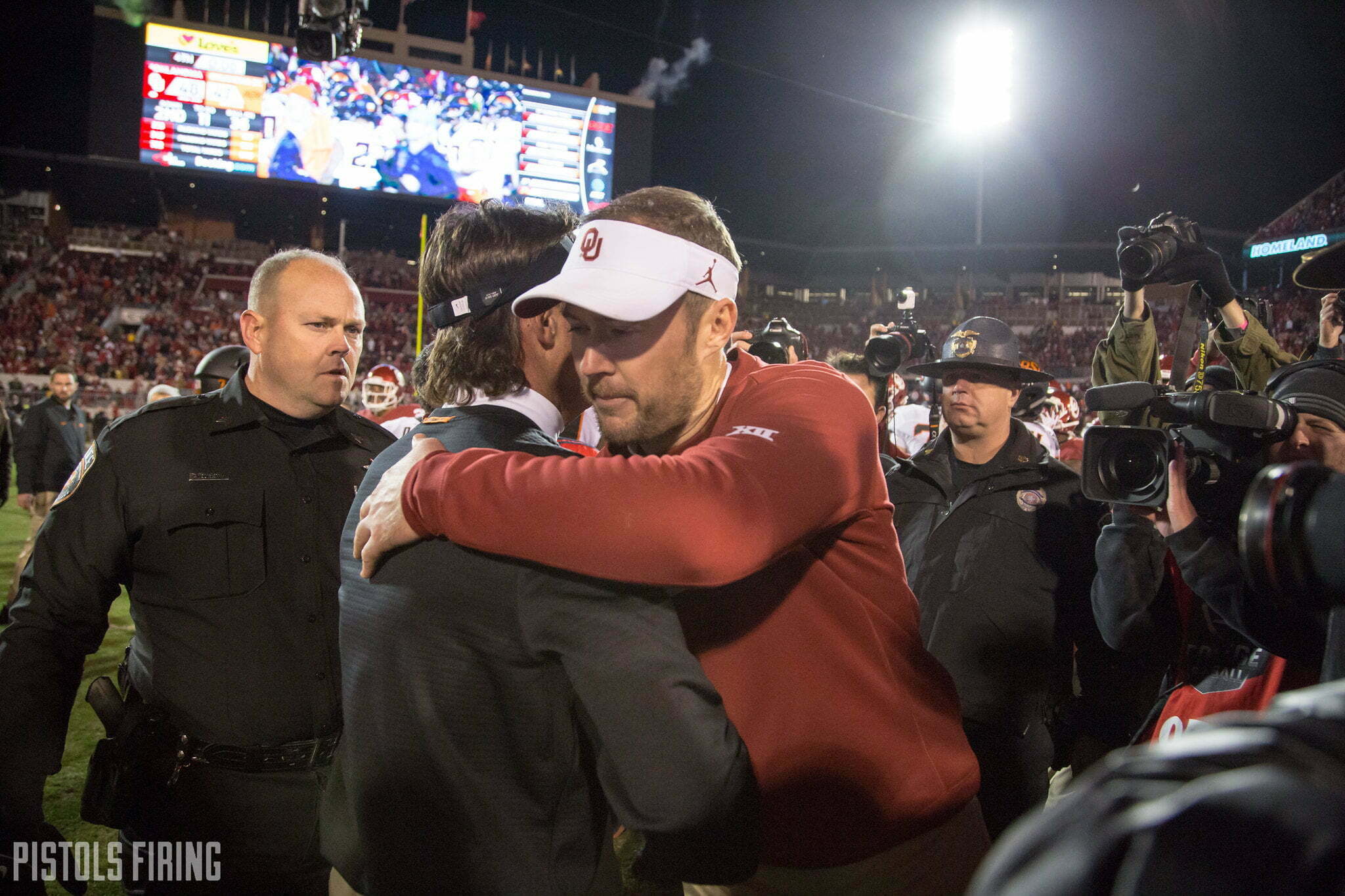 There is no right or wrong way to recruit teenage football players. Some coaches act as the last line of defense, empowering assistants to do much of the work and stepping in as the de facto closer when the time comes. Others empower themselves (or have their executive assistant empower them) via social media, building up cache in a world where high schoolers glued to their cell phones spend more than any. Some go as far as to slumber party with their prospective student-athletes.

Some probably shouldn’t go that far!

One such instance is one OSU coach Mike Gundy experienced recently when a new pledge, Myles Price, committed to OSU. According to GoPokes.com, Price, shortly after his pledge to the Pokes, made an official visit to Texas Tech against the orders of OSU’s staff, causing him to lose his OSU scholarship and effectively removing himself from the OSU commitment list.

Gundy faced backlash from the decision, including from yours truly on this website. Because in 2019, where players are encouraged to explore their options and to take all their visits — Mike Gundy himself said this week of his son, “I want him to take his visits and just enjoy the process,” according to The Oklahoman — pulling an offer when a player is taking a visit elsewhere is somewhat of an old school way of doing things.

But perhaps old school isn’t so bad — or so wrong. I’m open to that possibility. And after this weekend, perhaps it’s actually time to consider Gundy ahead of the curve on the matter.

I’m not ready to issue a mea culpa on this front, but fans of the crimson and cream who judged Gundy for his ruling on Price are probably now wishing their coach had adopted a similar policy.

Over the weekend, the Sooners lost a pledge from four-star cornerback Dontae Manning, a gut punch in itself but especially for this reason: he officially visited Texas A&M in mid-June, less than two months after his OU pledge. Now, A&M is considered by many in the industry to be the favorite to flip him.

Perhaps OU pulling Manning’s offer after he visited A&M would have resulted in a Gundy-like backlash. Perhaps OU would never issue an edict to not take other visits, regardless of commitment status. Perhaps Manning’s flirtation was inevitable after A&M offered shortly in the aftermath of his OU pledge. Or, perhaps, this is simply what happens when teenage players make commitments — the commitments simply fizzle and lose their luster.

If you make a commitment to a school, as Gundy’s line of thinking appears to be, either stand by it or leave it in the rearview. Because whether or not you’re saying it with your words or with your actions, taking visits elsewhere indicates interest elsewhere, and interest elsewhere indicates a commitment level of somewhere less than 100 percent. Let’s call it 92 percent, for funs.

Committed, but not all the way.

Call it old school, call it taboo, call it whatever you want. It’s time to consider that Gundy, whose controversial decision to pull an offer from a committed player was met with criticism, has now earned vindication thanks to a huge recruiting loss from his biggest rival.