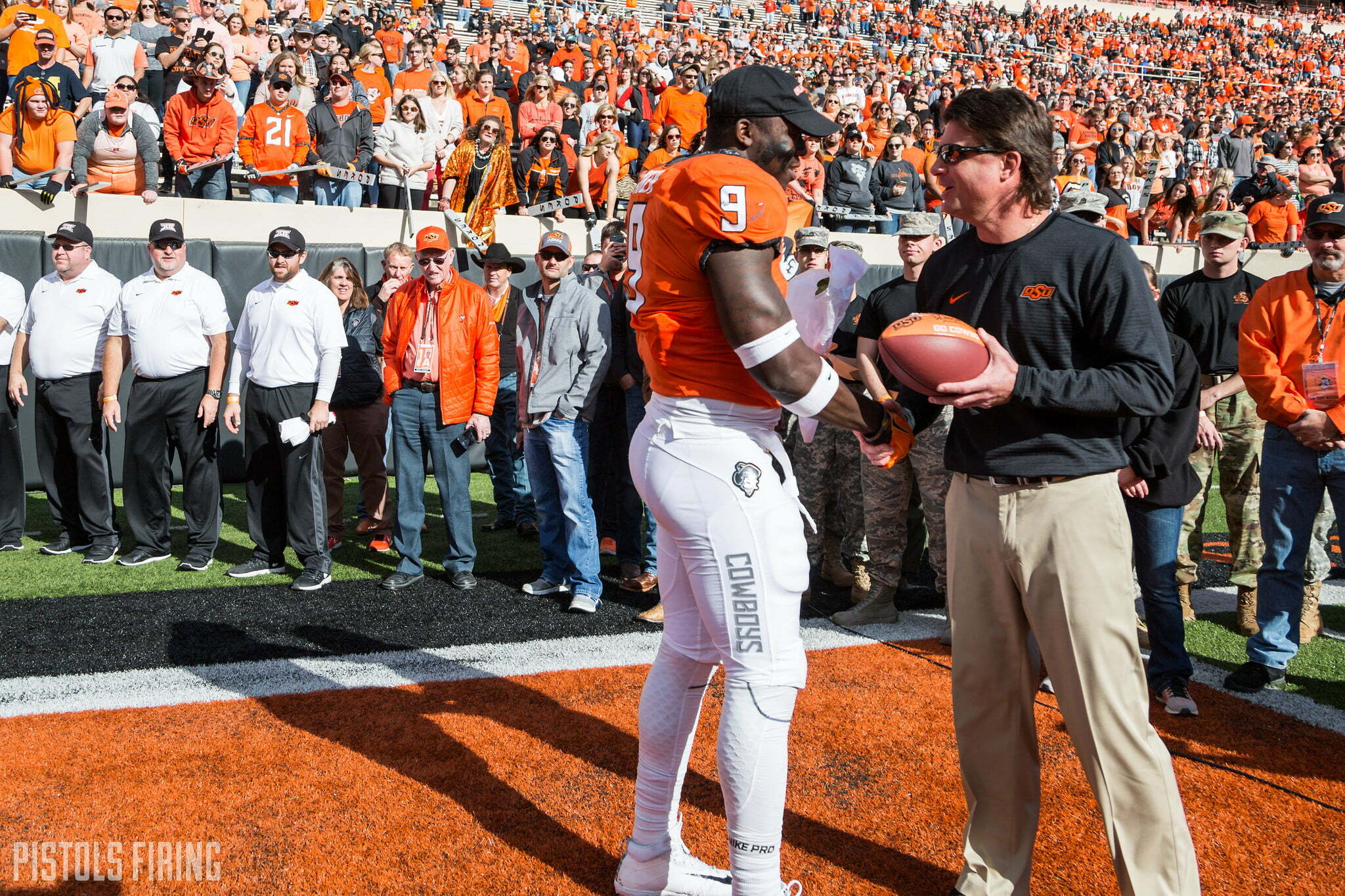 Mike Gundy’s name gets brought up in every offseason. Tennessee, Arkansas, Baylor and so on. This year, it’s the usual suspects, but Pat Jones noted on Monday that there was one that slipped in that we didn’t know about: Florida.

Pat Jones says Florida offered Mike Gundy the job after Chip Kelly & Scott Frost. Says Mike didn’t use it to negotiate with #okstate. "This job was offered to Mike Gundy."

Pat Jones says on The Sports Animal the Florida job was offered to Mike Gundy. Interesting.

Now, Pat Jones is not exactly Woodward or Bernstein, but he also doesn’t have much incentive to talk about this, especially when the job has already been filled. Mississippi State’s Dan Mullen took the job on Sunday.

It’s not as if Gundy can still leverage the Florida job against his bosses to get more money because 1. It’s not open anymore and 2. Gundy seems fine with the new contract he signed this summer which is for five years and $22.25 million and includes a rollover year every year so that the contract is perpetually a five-year contract.

“I’m rooted here,” he told the Tulsa World over the weekend. “Knock on wood, if you’re doing good, you get calls. I get calls every year. But my stability here is more than it ever has been.

“I’m very happy in the situation I’m in. But one guy said, ‘Well what if they call and give you a six-year deal at nine million dollars a year?’ I don’t know. I’d probably have to listen. You know? Something crazy.”

Apparently Florida’s offer, if there was one, wasn’t crazy enough. You should read the entire piece by Guerin Emig, by the way. It’s very good. Florida, by the way, fired head coach Jim McElwain after he played for back-to-back SEC titles.

I know that there are some of you — 1-2 percent of you — who wouldn’t mind seeing Gundy hop on a plane to Gainesville or Knoxville or another -ville that ends with him not coaching in Stillwater anymore. That’s silliness, and everybody knows it (except the 1-2 percent).

Bill Connelly wrote a great piece about Texas A&M and Arizona State for SB Nation today in which he talked about how firing a good coach who wins a lot is pretty much always an awful decision.

When you find yourself stuck with a coach who is good but not good enough, the problem often isn’t him. It’s infrastructure. It’s history. It’s program support. It’s something other than the head coach. But the head coach is the easiest thing to change, so schools follow the same fruitless road over and over and over again.

Maybe Arizona State and/or Texas A&M turn out to be the exceptions. But you can almost never fire your way out of Glen Mason Territory, no matter how good it feels to try. [SB Nation]

I know this wouldn’t be a firing, but letting Gundy go would be tantamount to something similar. And it would suck. So whether the idea that Gundy was offered the Florida job is true or not, the farther we get from the early 2010s when Gundy flirted with everything that moved in both SEC divisions, the more confident I become that he will never coach anywhere other than Oklahoma State University.