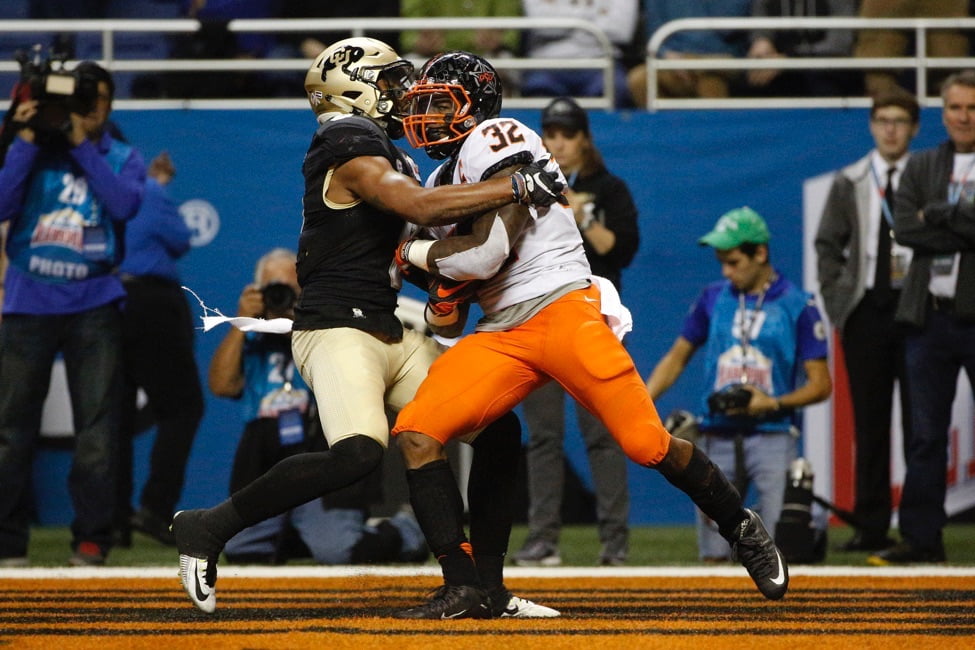 By Kyle Porter and Kyle Cox

Chris Carson is a Seattle Seahawk, or at least he is for the time being. He was drafted by the ‘Hawks in the 7th Round of the NFL Draft, and they clearly like what he brings to the table. Head coach Pete Carroll and GM John Schneider recently discussed what they enjoy most about No. 32.

Starting at about the 6-minute mark below, Carroll brought up the former Oklahoma State running back and how what he liked about him.

“I was hanging on Chris Carson,” said Carroll. “He’s a guy that I found looking through stuff late in the Draft kind of like [we’ve] done over the years and I really love this guy because he’s so physical and tough the way he ran. You haven’t heard a whole lot about him. He hadn’t run the ball a lot but when he did, he to me made a great statement of his style and a style that we really covet.

“It’s really the same kind of formula,” added Carroll who said he was one of his favorites. “I kind of caught on to him late and I fell in love with how tough he is and how aggressive he is and that’s something that kind of falls into that same category and we didn’t want to miss him. There was a lot of activity around him, we thought and so we got him with that last shot there.”

Both GM and head coach noted that they love the way Carson runs and protects the ball and that he didn’t have as single fumble in 2016.

Carroll went on about Carson making the transition to D-I call his junior year and his injury struggles early on as a senior “When he finally got his chance, he really tore it up.”

John Schneider and @PeteCarroll speak following the conclusion of the 2017 #NFLDraft. A draft that produced 11 #Sea… https://t.co/mm6NzIjMEe