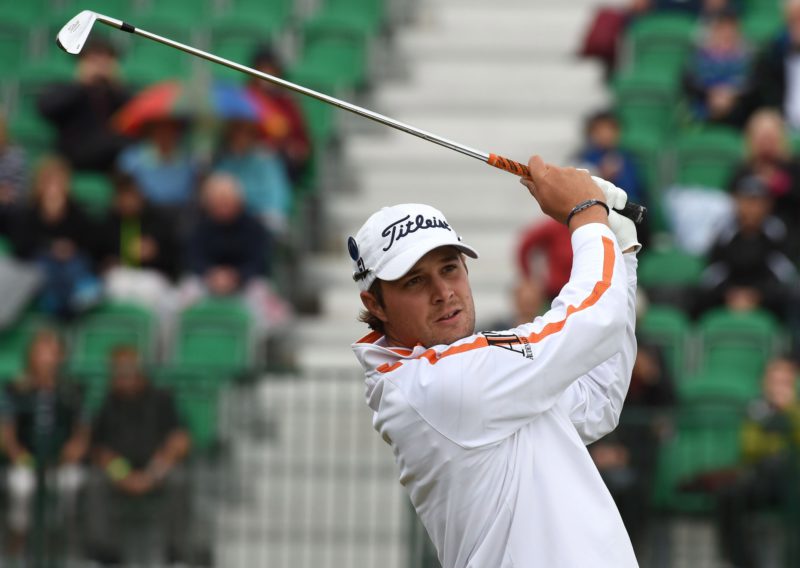 Oklahoma State’s already long list of alumni currently on the PGA Tour — including Rickie Fowler, Hunter Mahan, and Charles Howell III — will grow by one next season.

It’s a goal Uihlein admits he’s really be focused on this year.

The former OSU All-American came into Sunday’s final round four shots back from Armour. Uihlein used a 6-under par 65 to win the day. He took the lead with his final birdie of the day after a long putt on the 15th hole.

Embracing the moment.@PeterUihlein takes the lead @NCHC_Golf with a big-time birdie at the tricky 15th. pic.twitter.com/UtHy6bqwIE

Uihlein played beautifully, missing only one fairway and one green, and recording only one bogey. He did get a little help, with Armour bogeying the final hole.

“It’s been a long time finally something went my way instead of somebody else doing something and kind of swiping it from me. So yeah, it was definitely a good feeling,” said Uhlein.

This was Uihlein’s third tournament title but first Web.com Tour victory.  It propels him into the top 25 of the Web.com Tour Finals. The Nationwide Children’s Hospital Championship is the first of four events that makes up the Web.com Tour playoffs, and the top 25 finishers in the money standings who haven’t already earned a PGA Tour spot earn their cards at the end.

Uihlein spends most of his time on the European Tour. He admits it’s an unorthodox way to earn your way onto the PGA tour, but that he’s happy about it non the less.

"The first step in the right direction."@PeterUihlein wins @NCHC_Golf to take the lead spot on The Finals 25. ? pic.twitter.com/R2VNWK5RbS

Uihlein isn’t done yet though. If he finishes No. 1 in money at the Web.com Tour Finals, he’ll earn a fully exempt position on the 2017-18 PGA Tour rather than a simple Tour card that would subject him to the Web.com Tour graduate reshuffle list.

After that, Uihlein may have to change his plans now that he’s earned his card.

“I was planning on playing these four, going right back, playing Dunhill links, Italian open, week off and then the Final Four. I have no idea,” says Uihlein.

What he does know, is that he won’t stop playing on the European Tour, just because he’s earned his card.

Whatever he chooses, he’s got more options now than ever before.