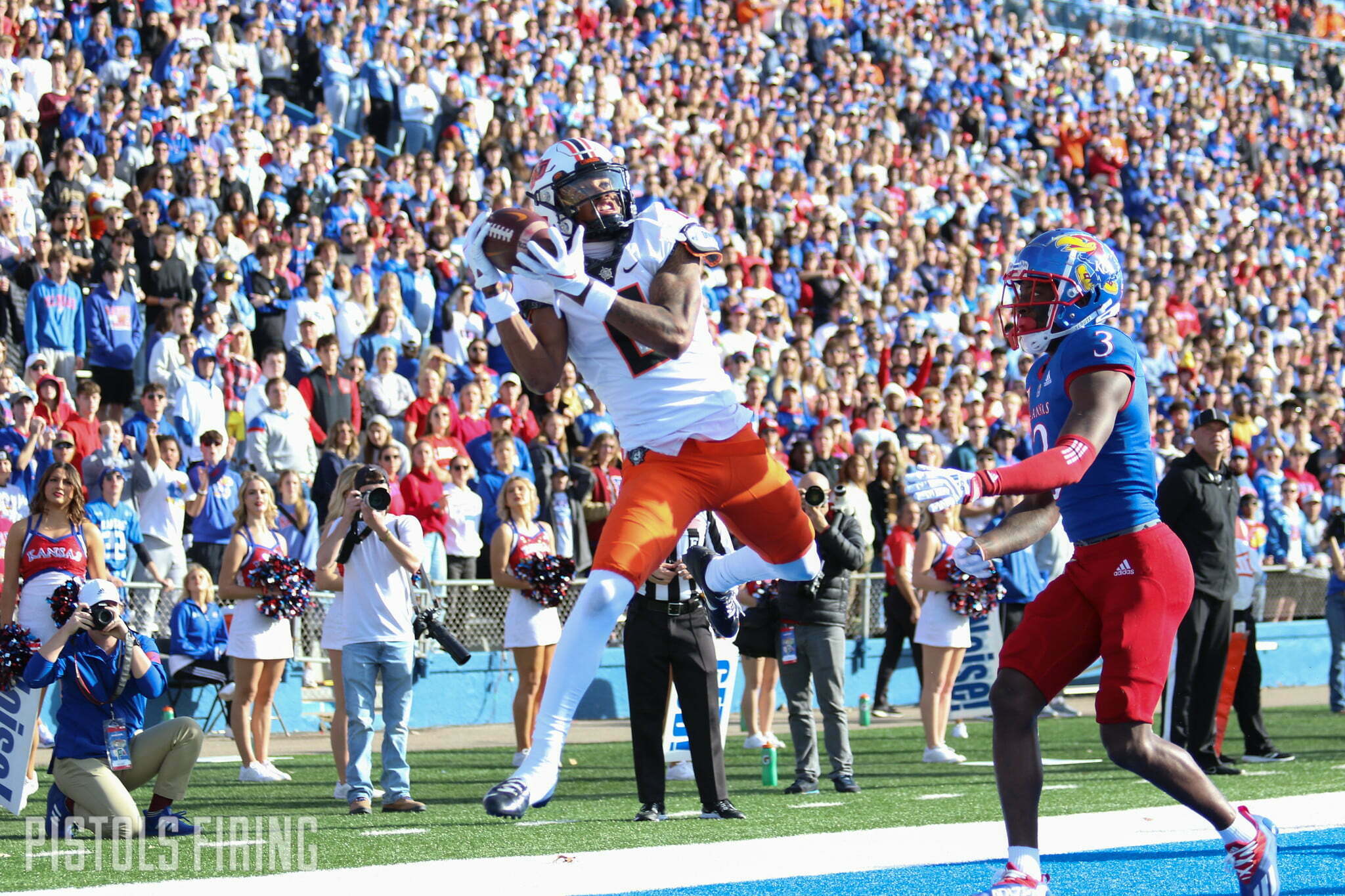 We’ve been hoodwinked, bamboozled, led astray, run amok and flat-out deceived — in the words of the great Stephen A. Smith — by the 2022 Oklahoma State football team. Just two weeks ago it was 6-1 after beating Texas, in the driver’s seat to be a Big 12 title finalist and in the darkhorse conversation as a college football playoff contender, but now? OSU is 6-3, coming off two dreadful losses to K-State and Kansas and quickly fizzling down the stretch.

Our staff as such is taking a little more pessimistic view of how things will shake out this Saturday with Iowa State coming to town after getting burned betting on the Pokes’ the last two weeks.

Here are our predictions heading into the weekend.

Thoughts: In the spirit of the midterm elections, here is a quote from former President George W. Bush: “Fool me once, shame on — shame on you. Fool me — you can’t get fooled again.” After somehow believing OSU would rebound from a 48-0 thrashing in Lawrence, I’m going to opt to not give the Cowboys the benefit of the doubt until they earn it back.

Thoughts: I was actually rather impressed with what I saw from QB Garret Rangel in his college debut as a starter last week — he was one of very few bright spots in the loss to Kansas — but that doesn’t mean I’d bet on him getting it done this weekend should he start. (Which, to be clear, remains unclear. Spencer Sanders’ status is TBD, and Mike Gundy hasn’t committed to riding Rangel again this week.) Whether it’s Rangel or Sanders, though, I’m just not convinced this team has the goods. Iowa State is a top-10 team in the sport in stop rate defensively and gets an OSU team that has been rendered stunningly one-dimensional with a porous running game. Even worse, OSU’s receivers have been on the whole rather disappointing. OSU is an underdog this weekend and I think that should be the case given what we’ve seen the last few weeks.

Thoughts: I just have a feeling that the Cowboys will find a way to survive an ugly one at home, but with these two offenses — assuming Spencer Sanders will be limited or absent — I’m taking the under. The only saving grace for the Cowboys is that Iowa State has been the worse offense in the Big 12 all year, regardless of injury. A flash-in-the-pan win against the league’s worst defense (West Virginia) isn’t enough to convince me that the Clones can move the ball. Regardless of who takes snaps, OSU still has a playmaker or two that can find the end zone.