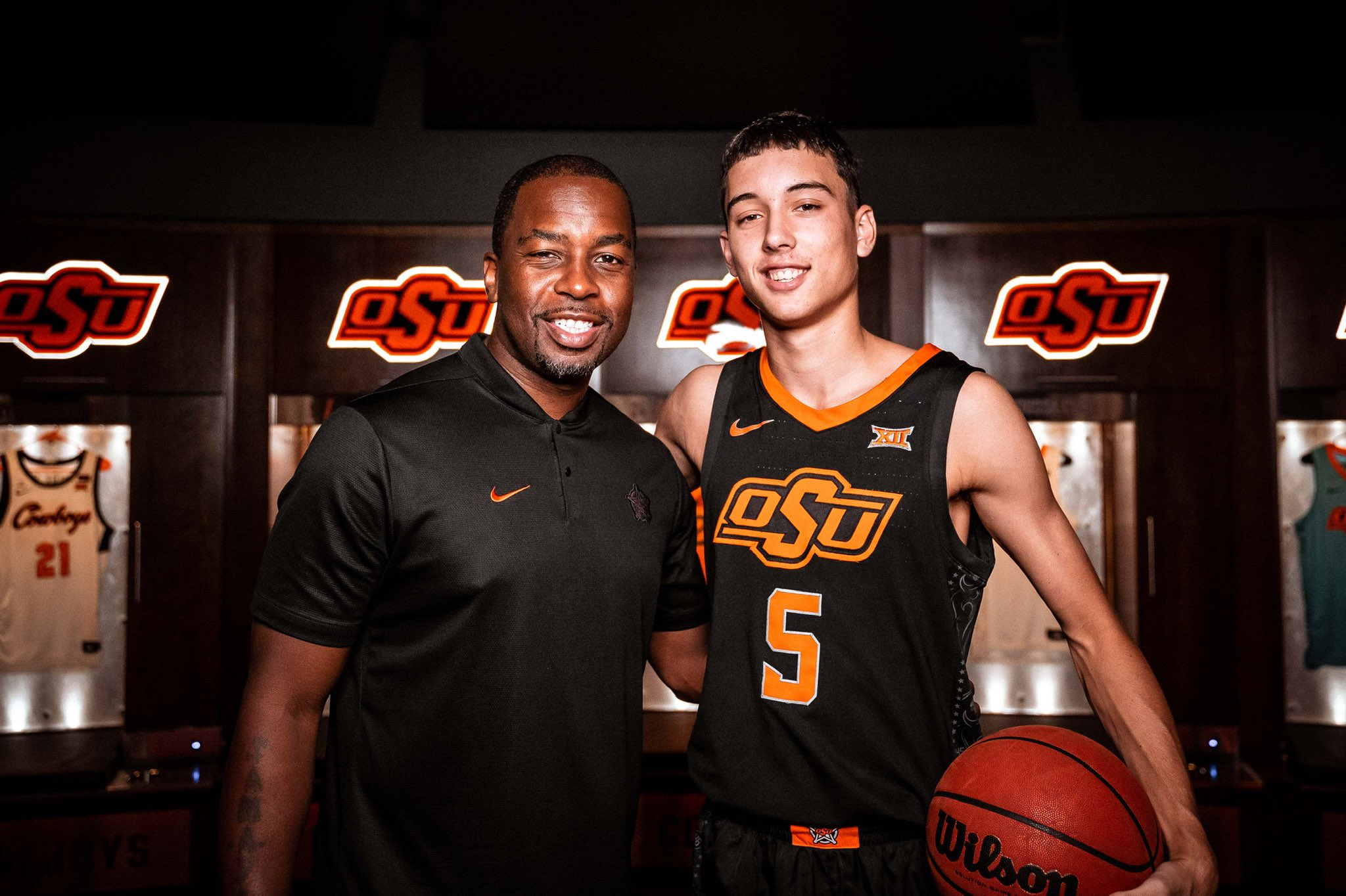 The state of Oklahoma is stacked with basketball talent in 2023, with three composite four-star recruits playing within the state’s borders.

Bixby sharpshooter Parker Friedrichsen is one of those guys. A 6-foot-4 guard for the Spartans, Friedrichsen has spent a lot of time in Stillwater as of late. He has been to three games this season, including the Cowboys’ loss to Iowa State last week.

PFB: How was Wednesday’s visit?

Parker Friedrichsen: “It was good. I’ve been to a few games now and just to get over there again, it was good to watch them play. Obviously they didn’t win, but it was still a good game.”

PFB: What do you like about Oklahoma State so far in your recruiting process?

PFB: Everyone talks about Mike being such a good recruiter, as someone with some inside knowledge on that, what stands out about Mike to you?

PF: “I mean, Boynton, he’s awesome. Like, he’s super personable. And the thing about him is he’s just so easy to like. He’s always around. I think he’s been to two or three of my games this year. He came to see me just when the evaluation period was open, so he’s always checking up on me. He just talks to me a lot. Just building a relationship with him, that trust is there. He got Cade Cunningham. He didn’t get him for no reason. He’s just a guy that people want play for.”