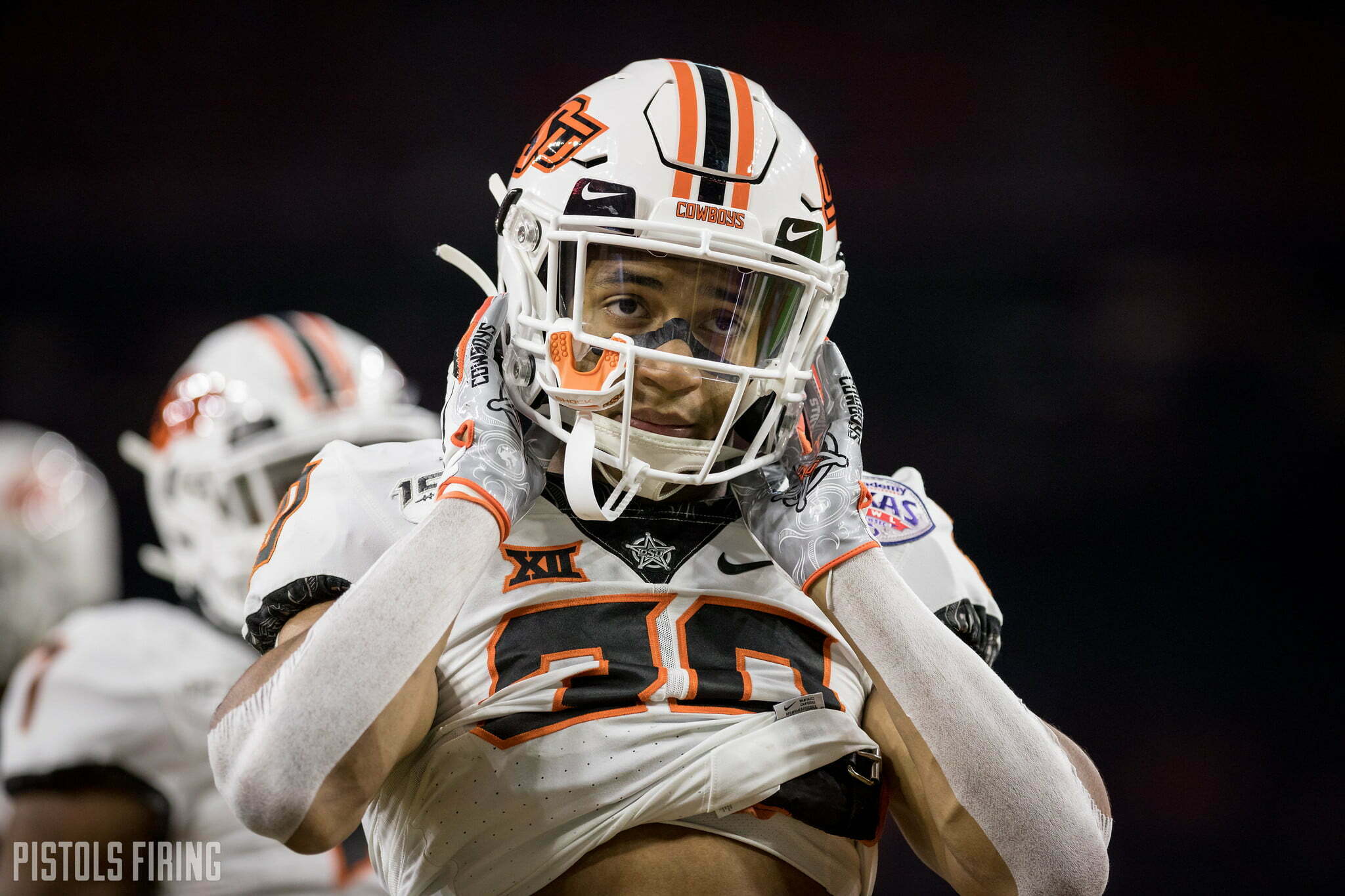 Kyle Cox: It’s seems to be a consensus that Teven Jenkins will be the first Cowboy to hear his name called. But if you were to guess, who goes next?

I think it’s Rodarius Williams. Teams love a good cover man, and he was one of the best in all of college football last year. Plus, NFL brass love comparisons and the fraternal connection with Greedy won’t hurt him.

Marshall Scott: If you would’ve asked me this in November, I would’ve said Rodarius Williams because his stock was going crazy, but after all the underwear Olympic portions of the draft process, that seems to have cooled slightly. So, give me Tylan. He has been consistently great at OSU, and his draft stock seems to be progressing over recent weeks despite his injury concerns.

Cox: If you would have asked me two Novembers ago, I would have said Chuba and then Tylan, both in the first round.

I’m not sure I would have even considered Jenkins being a Day 1 guy. Shows how much I know.

Scott: Gundy has always been high on Jenkins. I’m not going to act like some O-line guru, but anytime a coach talks highly of a particular lineman, he is probably quite good. Non-injury Tylan should be a Top 15 guy, so I think whichever team gets him is going to be ecstatic so long as he stays healthy.

Cox: I don’t know how much either of them (Chuba and Tylan) hurt their stock coming back, but it doesn’t appear they raised it.

Scott: Yeah, sad story especially for Chuba. It kind of just drives home the “take the money” point of view.

Okay, that brings me to my next question. Out of this bunch, who are you most excited to see play on Sundays?

I’ll take Chuba. I think if he lands in the right offense, he could put up killer numbers. He was dinged up all last year. How quickly we forget, but he’s a bonafide stud.

Scott: I love Chuba, but give me Tylan on this. I just think he can do so many things. He might play some slot in the NFL, and he is still going to outjump a bunch of people. And as a Green Bay Packers fan, I need him Lambeau Leaping.

Cox: Did your heart skip a beat when you saw Todd McShay’s mock with Tylan teaming up with Aaron Rodgers in Round 2?

Scott: Halfway, but then I remembered the Pack traded up to get a QB in Round 1 last year. So, they’ll probably take the best long snapper available in Round 2.

Cox: Okay, name one Cowboy that could be end up being a sleeper in the NFL over time. Maybe a late round or undrafted guy, a la Chris Carson.

Scott: I think the obvious answer is Dillon Stoner. Stoner is a stud. He was always the No. 2 or 3 guy in OSU’s receiver room, but it was because James Washington and Tylan Wallace were in there. He is versatile, reliable and a heck of an athlete. I think he’ll have some great feature written about him some day.

Cox: You stole mine. I could also make a case for Amen Ogbongbemiga. It’s all about fit, especially with defenders, but Amen was as consistent and productive as anyone on Jim Knowles’ defense the last two seasons. That gives him a chance to stick in the league for a few years if he lands in the right scheme and stays healthy.

Scott: Stoner was too obvious.

Be sure to hop into The Chamber and give us your answers for these questions, and stick with PFB all week for live coverage of the draft.