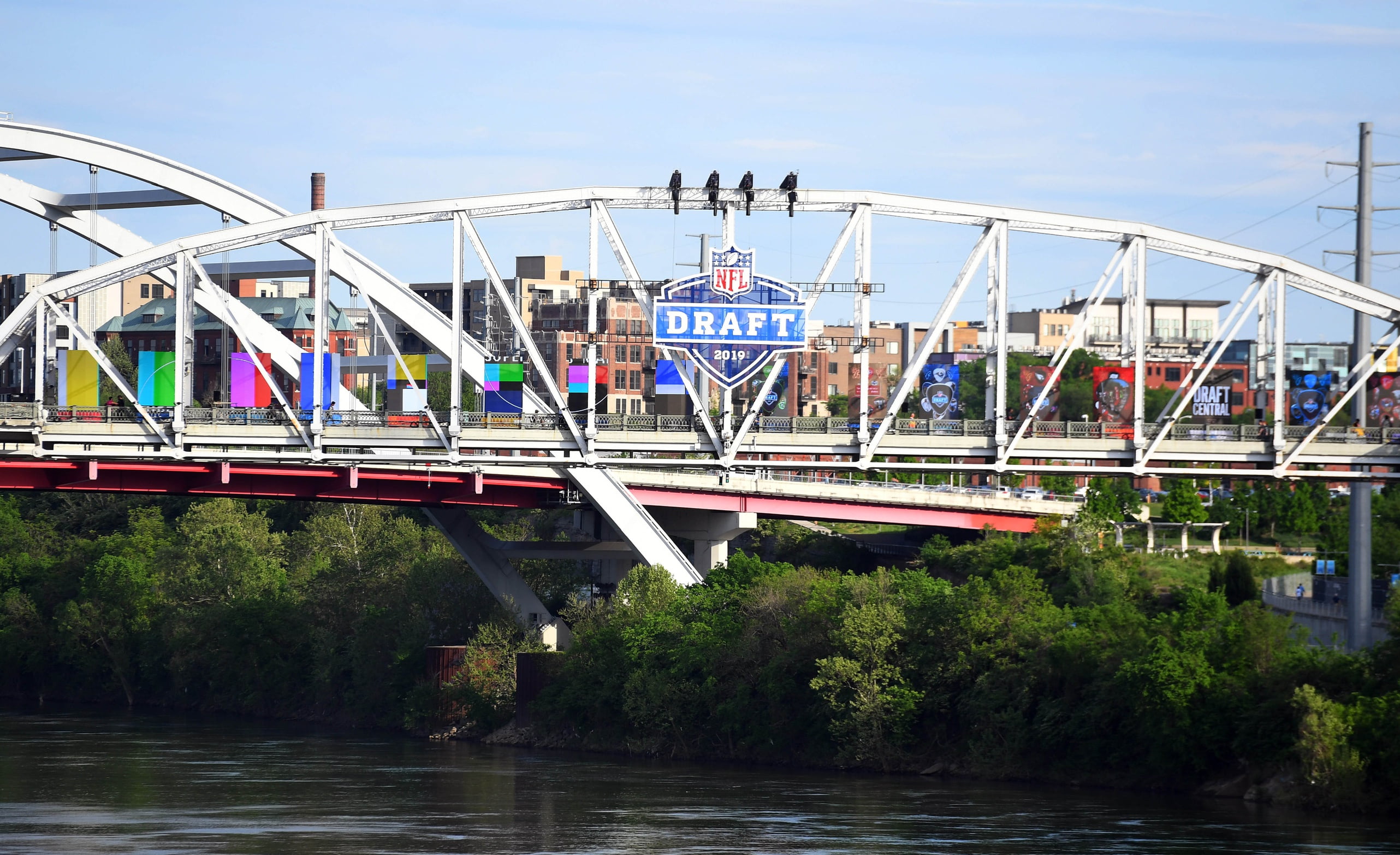 The 2019 NFL Draft kicks off this evening with all of its pomp and pageantry. We’re in for a weekend full of excitement. Or more accurately, a weekend full of waiting broken up by short bursts of excitement, as we follow the next stop several former Pokes’ pro journey and keep tabs on how our favorite NFL teams build for the future.

So ahead of the grand event, the PFB staff wanted to get our predictions on the books for all of the #OldTakesExposed fodder, and maybe a couple of I told ya so‘s.

Let’s start with a handful of former Cowboys, in which round they will be drafted and where they might land.

Kyle Porter: Round 4 — It’s probably cliche, but I would love to see him with KC now that Emmanuel Ogbah is there. Both of their backups are heavier so Justice would provide a nice change of pace there.

Kyle Boone: Fourth round. Chiefs would be a perfect fit, and there’s been a lot of reports linking him there. With the way he can run and catch passes out of the backfield I think this makes sense.

Kyle Cox: My gut tells me that Justice, despite his surge after an impressive combine, falls to a Saturday pick. Maybe in the fourth round to Kansas City.

Marshall Scott: 3 — As is the case with most OSU players, Hill would probably thrive most in a free-flowing offense. I think he’d fit in well with the Chiefs, so maybe they take him with that 84th pick.

Dustin Ragusa: 4th.The Chicago Bears seem like they might have their eye on Hill. They traded Jordan Howard and Hill seems like the type of guy who head coach Matt Nagy could use effectively due to his speed and pass catching ability.

Porter: Round 6 — There might not be anything I’m less qualified for than predicting where defensive ends will go in the NFL Draft. He’s a fringe starter in the NFL, which seems like enough for him to go, but OSU has only had one defensive end drafted in the last decade (Emmanuel Ogbah).

Boone: Fourth round to the Broncos. Denver swung and missed with Shane Ray, and they’re going to be looking to bolster their pass rush later in the draft after selecting Bradley Chubb inside the top-10 last year. Brailford should be available for the taking in the mid rounds.

Cox: I would expect Brailford to be a late-Saturday selection, either sixth or seventh round to Seattle. John Schneider and Pete Carroll love them some slept-on Cowboys.

Scott: 4 — Every team can use good pass rushers in today’s NFL, so I don’t have a prediction as to where Brailford might land, but I think he’ll go in the mid-to-late fourth round unless teams are scared off from his injury history.

Ragusa: 5th. The Carolina Panthers are looking to add to their defensive front and may take a couple of pass rushers in this draft, I think one of those could be Brailford in the 5th.

Porter: Round 7 — Too much talent for him to go undrafted, especially after that filthy 4.34 at OSU’s Pro Day. I hate that I’m about to say this, but I would kind of love for him to go to Cleveland.

Cox: Undrafted. I think Tyron has all the tools to be a really good NFL receiver, but his late decision to declare wasn’t even a blip on the national radar and his inconsistent usage/production will keep him off most teams’ boards.

That being said, a chance to pick between interested suitors could provide him a more favorable situation than say Marcell Ateman, who was drafted by Oakland last year in the seventh round and spent half his rookie year on the practice squad.

Scott: UFA — Without a combine invite and stats that don’t quite jump off the page from last season, I’m not sure teams will take a chance on Johnson with a pick, but with the speed he showed at OSU’s Pro Day, there’s obviously a lot of upside there. I think he’ll have options once the draft is over.

Ragusa: 7th round. The San Francisco 49ers need to get Marquise Goodwin some help at wide receiver. I think the 49ers will most likely take two wideouts in this draft, why not take a flyer on a guy with speed like Tyron? I think he could definitely go undrafted, but the 49ers got to watch him at his pro day and probably left impressed.

Porter: Round 7 — I’m kind of hedging with everybody here. If Justice didn’t get drafted, I’d be surprised. If the other three didn’t get drafted, I’d be surprised. While I’m not really convinced Corn is a pro, he does have a good pro body and is apparently mega-athletic, which is enough to get him picked with how irrational teams are about QBs. Him and Kyler going to Arizona would be eyeball emojis.

Boone: Seventh round. ​​What better ending to Corndog’s career than supplanting Eli Manning and becoming the face of the New York Football Giants?

Cox: Undrafted. Same possible turnout for Cornelius as Tyron. A chance to choose a team based on $$ and fit will be ultimately better than jockeying  to avoid the “Mr. Irrelevant” designation.

Scott: UFA — I could see Cornelius’ stats from 2018 being enough to where someone could slide him a seventh-round pick, but I think it’s probably more likely he goes undrafted. Despite that, I think he’ll have options once the draft is over. I’d like to see him end up in New England so the GOAT can groom him.

Okay, probably the biggest question for this year’s draft — does Kliff and Co. take Kyler No. 1? If not, how far could he fall?

Porter: How far could he fall, if not? Kliff won’t be able to help himself. He might have Patrick Peterson tackle the commish on his way to the podium and let Holly grab the card and announce the pick.

Boone: My two cents: Kyler will go No. 1 to the Cardinals.

Cox: I think the Cards pull the trigger on Kyler. Drafting back-to-back QBs in the lottery is a very Bidwell thing to do. Just like hiring a head coach with zero NFL experience because of his hairdo and whose Rolodex he appears in.

Scott: Yes. By the end of this week, I think Josh Rosen will be a Giant and Kyler Murray will be Kliff’s quarterback of the future.

Make on bold prediction for this weekend’s draft, either OSU related or otherwise.

Porter: Tyron Johnson ends up being the most productive player from this OSU class. I realize this is a prediction that won’t be able to measured until my kids are in college, but that’s how I like to make them to keep the PFB Nates of the world at bay.

Boone: Jordan Brailford will have the most productive NFL career.

Cox: Someone hold my drink will I climb out on this limb. By the end of the 2019 season, Justice Hill will have more career TDs than Mason Rudolph, James Washington and Marcell Ateman combined.