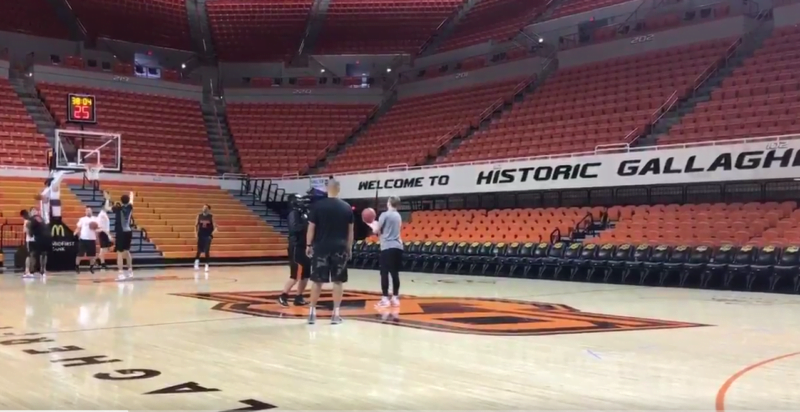 Ahead of Saturday night’s Bedlam game, Phil Forte was challenged to a scripted round of H.O.R.S.E. by ESPN analyst and former baller Miles Simon.

But this shot was the real deal.

With Miles and Rich Hollenberg on the call, ESPN showed a full feature during the broadcast on the exhibition. Most of the shots — if they had been legit — would have been YouTube worthy.