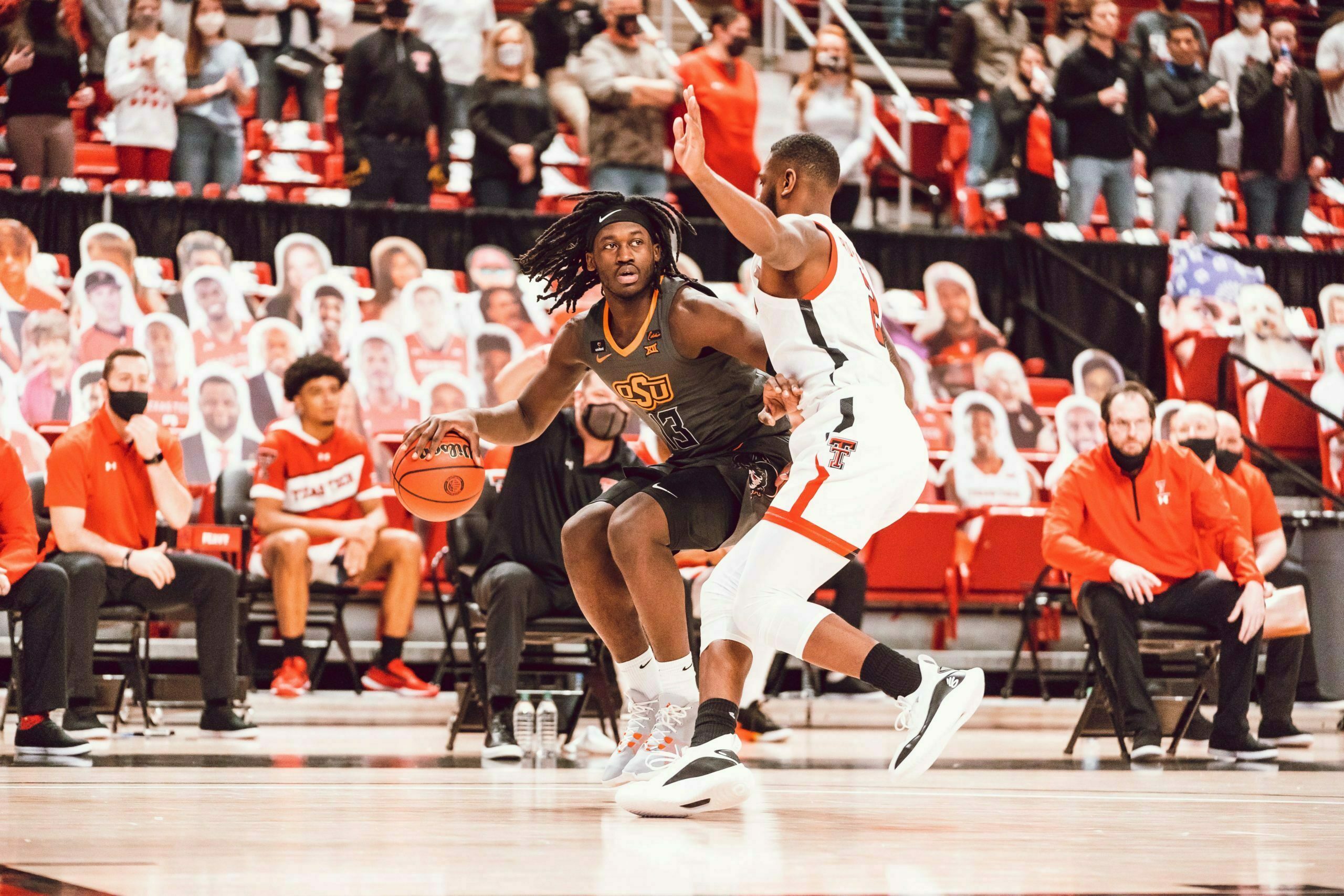 With conference and national positioning on the line, the Cowboys host Texas Tech on Monday night.

Oklahoma State enters the contest having won its past two games against the Red Raiders, but Tech enters as the higher ranked team, coming in at No. 18 in the latest AP Poll. It took overtime to determine these squads’ last meeting in Lubbock, where OSU pulled out an 82-77 victory despite Cade Cunningham fouling out.

Here are our predictions and viewing information on Monday’s game.

Marshall Scott: Texas Tech has been consistent this season in that the Red Raiders haven’t split a Big 12 set. TTU lost to Kansas twice, beat Oklahoma twice, beat Kansas State twice and lost to West Virginia twice. With that in mind and the fact that a refreshed Isaac Likekele should be back Monday night for Oklahoma State, I’ll take the Cowboys in picking up their season sweep of Tech.
Prediction: Oklahoma State 74, Texas Tech 72

Kyle Boone: OSU is turnover-prone, and Texas Tech is a turnover-forcing machine as the catalyst for its top-25 defense. Those two strengths will determine this game. Can OSU and Cade handle the ball, and thus avoid giving Tech extra possessions? Possibly. But Tech is frisky enough to give OSU some major fits on defense, which should be a real concern for an OSU team that, even if it gets Isaac Likekele back, likely won’t get him back at full strength. So I think the Red Raiders eke out a close one in the same way OSU won the first round.
Prediction: Texas Tech 77, Oklahoma State 74

Kyle Cox: I’m taking the Cowboys at home in a thriller. Cade had a pedestrian outing in Lubbock, by his standards but has been on 🔥 as of late. I think he lights up the Red Raiders in his penultimate game in GIA.
Prediction: Oklahoma State 72, Texas Tech 71