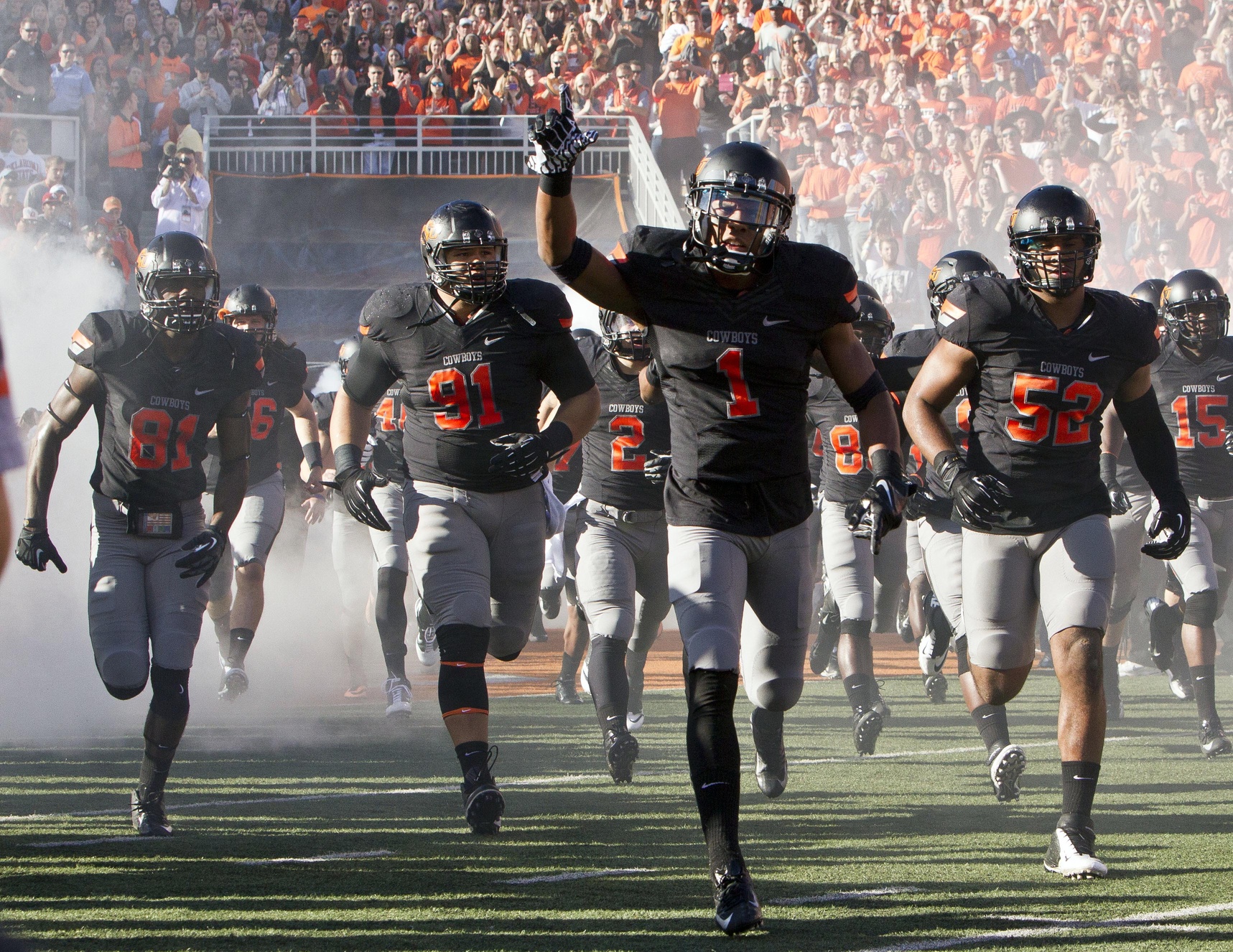 I did Part I on Thursday but had too many to include in that post so here’s the rest of my 2013 awards.

Jhajuan Seales — Part of me wants to go against the grain and hand this to Marcell Ateman because…my gosh…but this is a no-brainer. Here are four freshman seasons you might be interested in:

Kevin Peterson — You want to know why Justin Gilbert had  six interceptions this season? Because people were throwing away from Peterson. I think that gets lost a little bit but he’s already a star. Should be preseason All-Big 12 first team.

Josh Stewart — It’s weird to me that Stewart got All-Big 12 second team with each of these seasons, but he did. He was good this year, not great. But vital to the punt return game (see below).

Bedlam — I know I rolled on Berry Tramel for ranking this as the best Bedlam ever but it works for game of 2013. What other options do I have? The Baylor game was OSU’s best performance but that was hardly competitive late. Same for Texas. This ending trumps both of those plus the Kansas State affair.

West Virginia — It was just a hideous thing. I still can’t believe it happened. I know the great “what if” will be about Chelf having started there, and maybe it would have made a difference, but I think that was just the Madden “no effing way” game this season.

Clint Chelf and the media — I honestly couldn’t get enough. So many of my worlds (OSU, writing, journalism, media, social media) colliding.

Josh Stewart and JW Walsh are friends — We get it. This story and the Marcus Smart-Phil Forte story need to go on a few dates then Romeo and Juliet themselves.

Sports Illustrated — I would like to take some time to thank SI for a number of things.

1.) Thayer’s hair — It’s a national treasure.
2.) Not finding anything — You found nothing.
3.) Giving me the greatest month in the history of PFB — It was almost too easy.

This guy crushed me.

This one was spectacular..

All five of these.

Berry Tramel sharing his emails — Some of the stuff he gets is pretty incredible. I always smile when I see it come across my feed because I know there are going to be a few gems.

1. @OKC_Dave — It’s not close.
2. @mattamilian — He’s used to getting second, probably.
3. @justinsouthwell — Former player, hysterical on the Twitters.
4. @clintosu — My favorite random “I met this guy online and he kills me” guy.
5. @nolancox — Rarely tweets but is usually great.

Kyle Stanley — This was close between “Nate” and “Kyle Stanley” but when you can enrage Facebook Moms[1. Capital letters on purpose, yes.] by calling OSU’s fullback “Kyle Stanley” because it’s an ongoing joke on your Oklahoma State blog and probably six people even appreciate it, well, it’s tough to lose on that.

Player I can’t believe is graduating

Daniel Koenig — We’ve had a Koenig on the offensive line since WWII, yes?

Tracy Moore — Was in the same recruiting class as Tone Jones and Scott Pierce, I think.