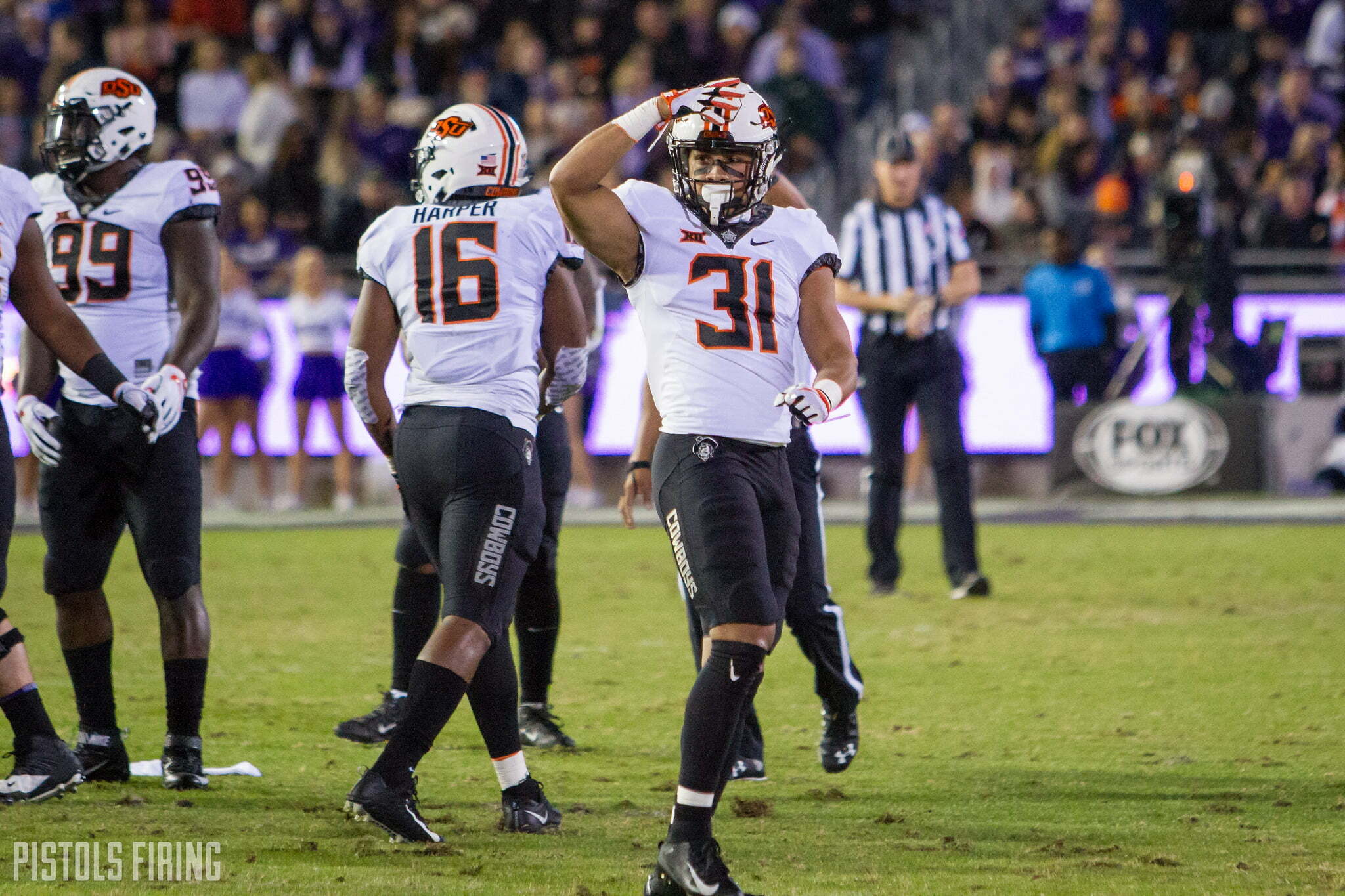 To continue on with my player comparison series, I wanted to take a look at someone on the defensive side of the ball who has really impressed me this season: freshman safety Kolby Peel. He was thrown into the spotlight in the second game of the season against South Alabama when Kenneth Edison-McGruder was ejected for targeting, and has made marked improvement each week since.

Although Peel has had some ups and downs, he’s doing very well for a true freshman playing a style of defense he wasn’t very familiar with from high school.

Now, let’s get to his comparison.

Peel played a mixture of linebacker and safety for his high school A&M Consolidated in College Station, Texas. He was even listed as a linebacker on most recruiting websites, as you can see from his 247Sports profile below.

Most expected him to step into the star linebacker position in former Oklahoma State defensive coordinator Glenn Spencer’s defense, so when I was looking for comparisons, I wanted to find someone who played physical but who was also a skilled athlete like Peel. I landed on current New England Patriot safety Patrick Chung, a similarly gifted athlete who is more on the bulky spectrum.

The former Oregon standout and Peel are fairly similar in size. Chung is listed at 5-11, 215 pounds currently, and tested at the combine at 5-11, 212 pounds. Peel is slightly taller but a little lighter at 6-0, 210 pounds. In addition, Chung saw significant playing time from his redshirt freshman season through his senior season for the Ducks, and I expect Peel will have a similar experience at Oklahoma State.

Both players are very comfortable up near the line of scrimmage and close quickly on whoever has the ball, as we see here from Chung (#23 in the following clip).

Throughout his career, Chung has been a sure tackler, and Peel has shown early on that he has some solid tackling skills himself, as he put on display last weekend against TCU.

Additionally, Chung was an accomplished blitzer at Oregon. He racked up 18 tackles for loss and 4 sacks in his career, and he’s continued this throughout his NFL tenure, as you see him sack Nick Foles in the video below.

And here we see Peel on the blitz against Baylor picking up the big tackle for loss.

Even though Chung and Peel love playing aggressive up near the line of scrimmage, they are also both very capable in coverage and bring that same intensity to that aspect of their game as well. We saw Peel show off these skills against the Horned Frogs as he makes a nice play to break up this pass.

Chung shows off his pass coverage skills with this interception of Indianapolis Colts quarterback Andrew Luck.

I’m definitely on board with Peel using that Mortal Kombat celebration Chung shows in the video above.

Both players are extremely fun to watch with their aggressive, relentless style and overall athleticism. I’m really excited about Peel’s future in Stillwater and look forward to watching him play one more time this season.