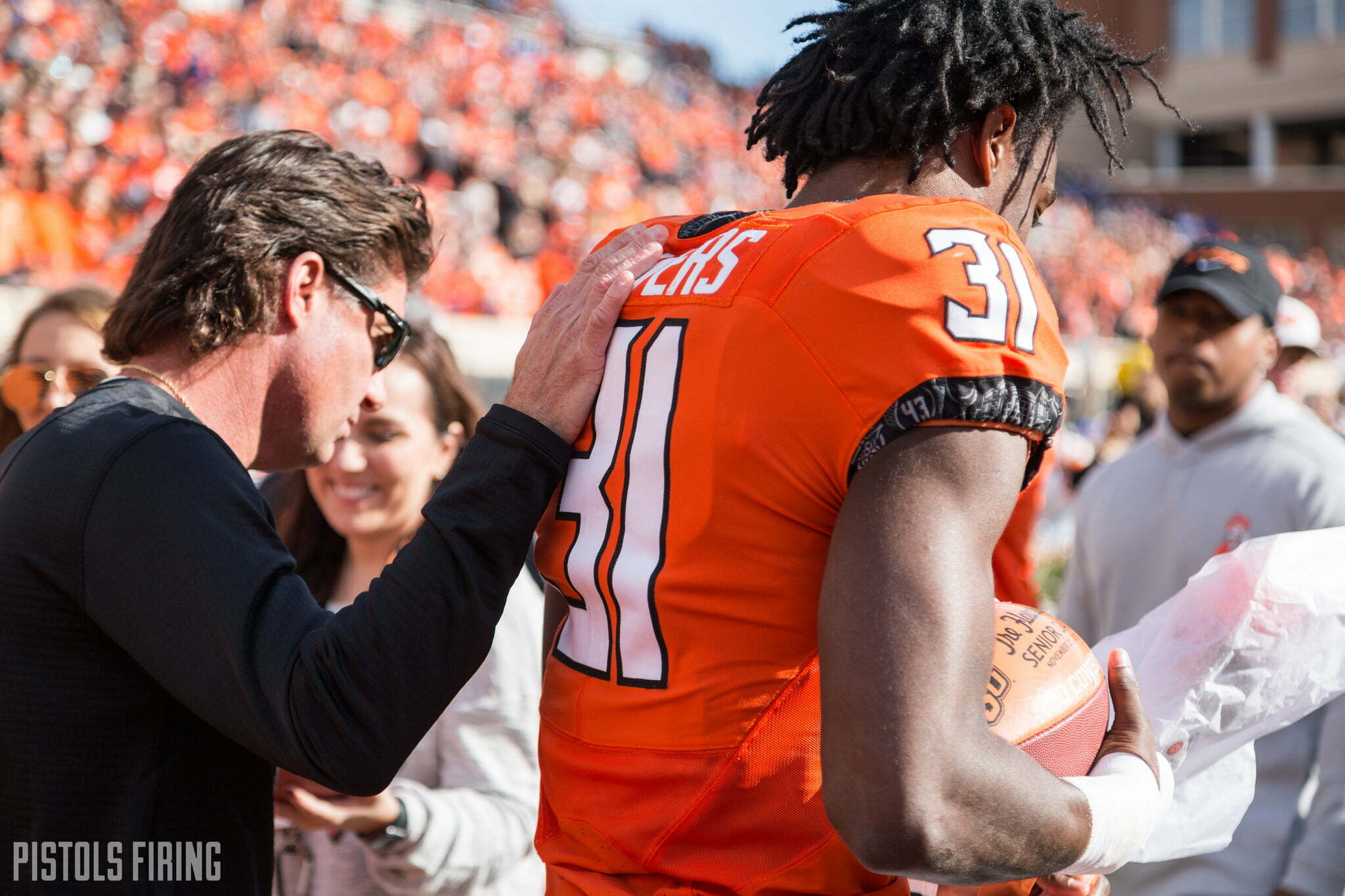 On Sunday, Mike Gundy was asked about whether he thought Oklahoma State fans would travel well to Orlando after a disappointing season.

He began to answer the question, but then he circled back and said this.

“I don’t see our season as a disappointment,” Gundy said. “I know we all want to make the final four. Winning nine games is difficult. I think the people will be excited about being there. I think they’ll be excited about a location where there’s a lot to do. I would be surprised if we didn’t have as much of a fan following as we did a few years ago in Phoenix.”

Look, nobody is a bigger proponent of Mike Gundy as a head coach than I am. For all the shine and spotlight he’s received, I still think what he’s done in Stillwater is underrated. But let’s call a 9-3 season in which you were favored in every game and incurred all three losses at home what it is.

Gundy himself set expectations sky-high in August. He said he used to tell his team they were average even if they were good, but he’s changed his tune on that.

“If I were them, I’d walk out thinking, ‘We’re pretty good, why is he telling us that?’” Gundy said. He told his team before the season, “You should have a good team,” and noted, “They’ve handled it well.”

In 2017, six teams were favored in all of their games. Two of those teams ended up in the CFB Playoff and two others are in a NY6 bowl. Only Notre Dame and Oklahoma State failed to crack the top 12.

Here are the records of the six teams favored in every game (tOSU and Clemson played 13).

And seemingly contradictory things can both be true. Mike Gundy is a tremendous college football coach at Oklahoma State. The team Mike Gundy coached in 2017 was a disappointment. Both can be (and I believe, are) true.

What I have a problem with is him saying that the 2017 Oklahoma State football season, rife with optimism and hope and one of the great offenses in school history, was not a disappointment.

It was. Everybody knows it. Gundy most of all.