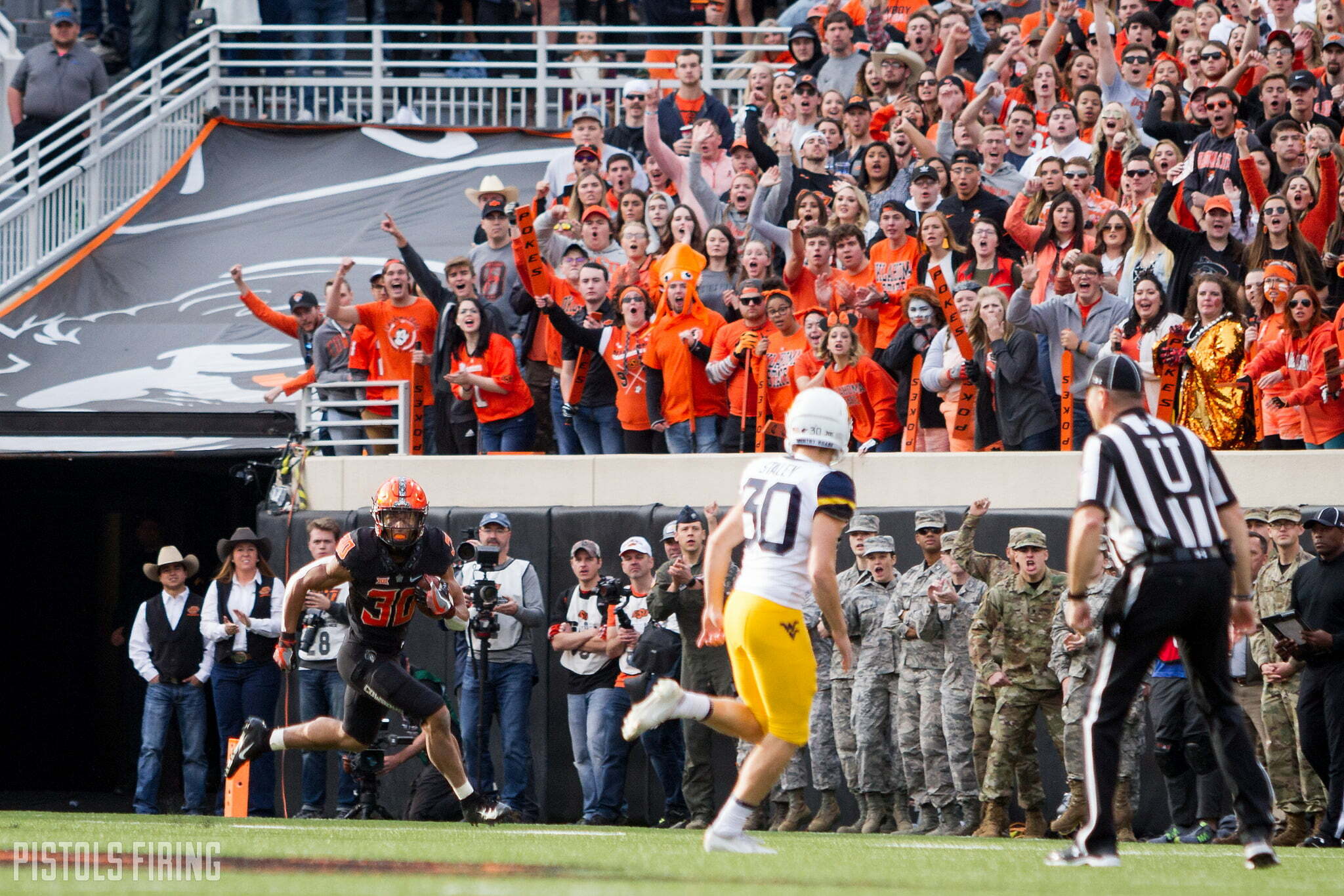 I might be a day late on this, but I think on national “put the turkey in the leftover biscuits and you can have a food day that’s secretly better thank Thanksgiving” Day, there is still much to be thankful for. Let’s jump in.

Oklahoma State’s four primary coaches — Josh Holliday, John Smith, Mike Boynton and Mike Gundy — are all either great characters or incredibly engaging personalities that seem to double as great leaders. In some cases, both. I can’t imagine that’s always the case across the country (or even the Big 12) within a school’s four major sports, and it makes for a never-ending cycle of fun things to talk about, terrific quotes to dissect or (sometimes) controversial news to sort through.

Pretty much every coach besides Gundy (for obvious reasons that I don’t blame him for) has a small town feel, too. I don’t mean that in a condescending way, either. Kyle B. and I saw soccer coach Colin Carmichael at a Starbucks in Norman on the day of the Bedlam football game a few weeks ago, and he couldn’t have been more pleasant. He’s the coach of a major national soccer program, but it felt like I was talking to somebody from my hometown. I have to imagine that’s a pretty unique feature across the board.

His speed has been — am I allowed to say this? — a disappointment considering he hasn’t taken one to the “crib” (as Mike Yurcich calls it), but his ability to be The Guy at running back has floored me. I did not see that coming, and it sets OSU up so well for the future (I get shaky just thinking about Justice coming back alongside No. 30).

Some people react to students running on the field like felonies have been committed, but I’m here for it. Mostly because I’m here for anything irreverent that challenges The Way Things Are Supposed To Be, but mostly I’m thankful that folks still care about a 6-5 OSU football team.

If they didn’t, then that would not be great for us.

I love it all. Now, I admit, some of this is overblown analysis by us, but he’s definitely reached the “I don’t care how many SIDs are in the room I’m gonna say what I want to say” portion of his career. While I might not agree with all of his #takes, and I would think we see the world a little differently, I do still love that I think he knows this is all performance art, and he is one of the sport’s greatest showmen.

I posed this question to Kyle B. during Bedlam weekend. We were having a meal together and I said something like, “What’s up with our momentum as a site?” (These are the things I think about and probably give too much time and energy to based on the feedback we get on social or in the comments). His response intrigued me. “I think we do, we just don’t hear from the people that love it.”

That struck me. I think it’s probably right. I get a smattering emails from people throughout the year saying, “Yo, never commented, but I read a lot and even though I disagree with some of your stuff, I really enjoy PFB.” This person is certainly not the loudest voice in the room, but I think his or her voice probably (hopefully?) represents the majority. Statistically, it must because if 150,000 or so of you weren’t visiting the site every month, there would be no PFB.

Over Thanksgiving I’ve been trying to think about how to serve you better. I am always ostensibly thinking about this, but sometimes I’m not deeply peering into what you need and want as a consumer. Know that. Know that I am thinking about that and am grateful for your time, your attention and the community of people you are a part of and that has been built in this space over the last eight years.