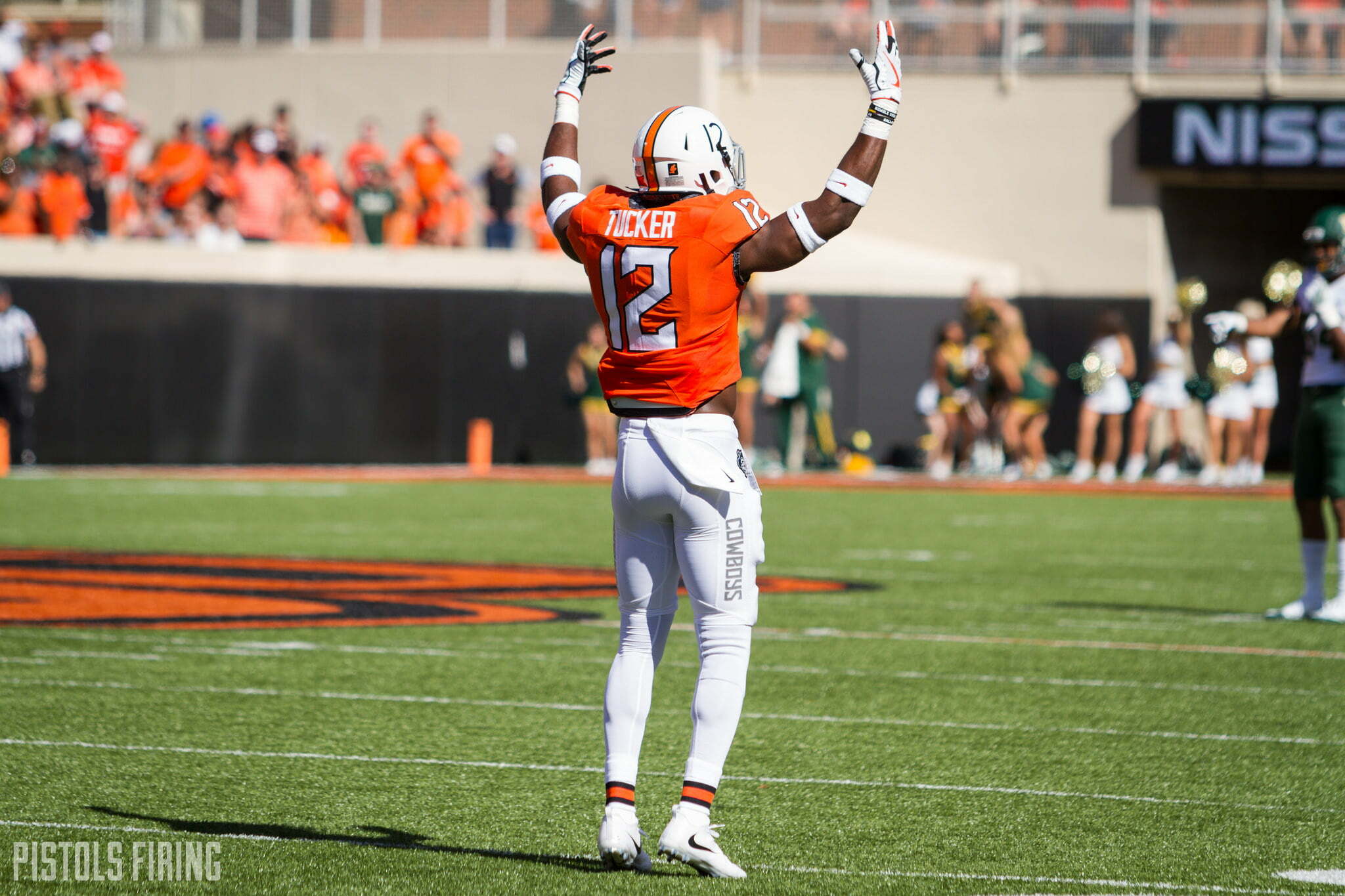 Anyway, here were my five favorite uniform combinations from the 2017 football season, starting with an all-timer OSU wasted on a Friday night.

I had the same top two as Southwell — I think most of us did — but I had them in a different order. It’s no secret that I’m a sucker for the tri-color combos, and the one OSU rolled out at USA absolutely rocked. Two minor complaints: Wear the black helmet with the chrome orange brand next time, and I sort of wish the numbers on the white jerseys were orange instead of black. 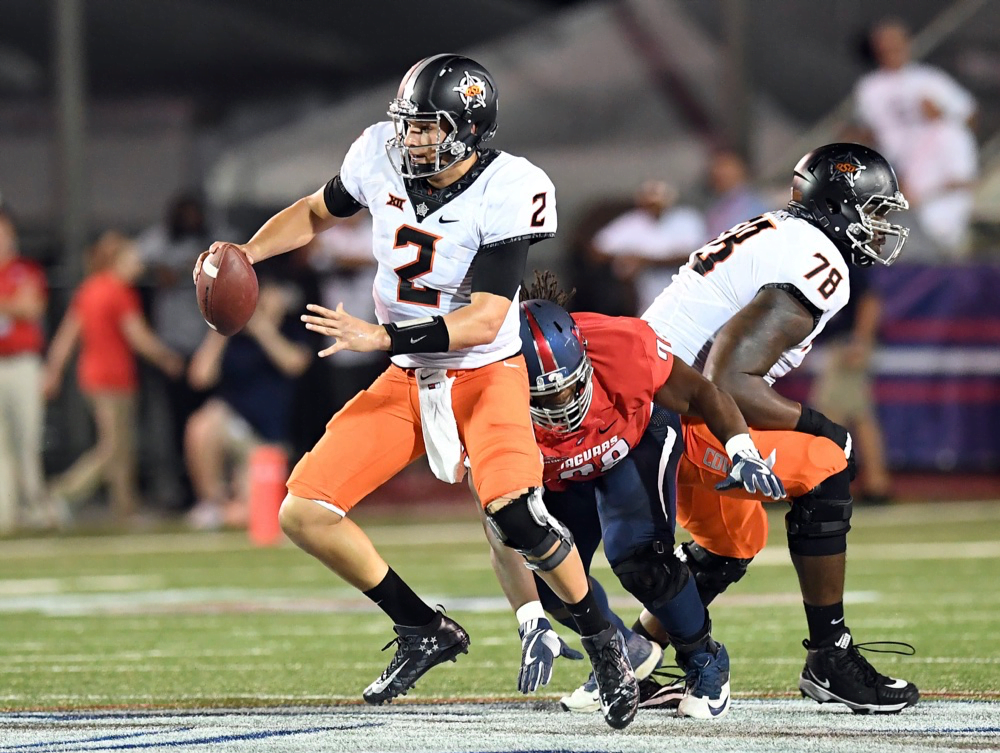 I’ve never loved the all blacks as much as everyone else, but this one with the new lids was a gem. I thought it was the perfect foil to OU’s traditional unis in what turned out to probably be the game of the year in the Big 12. 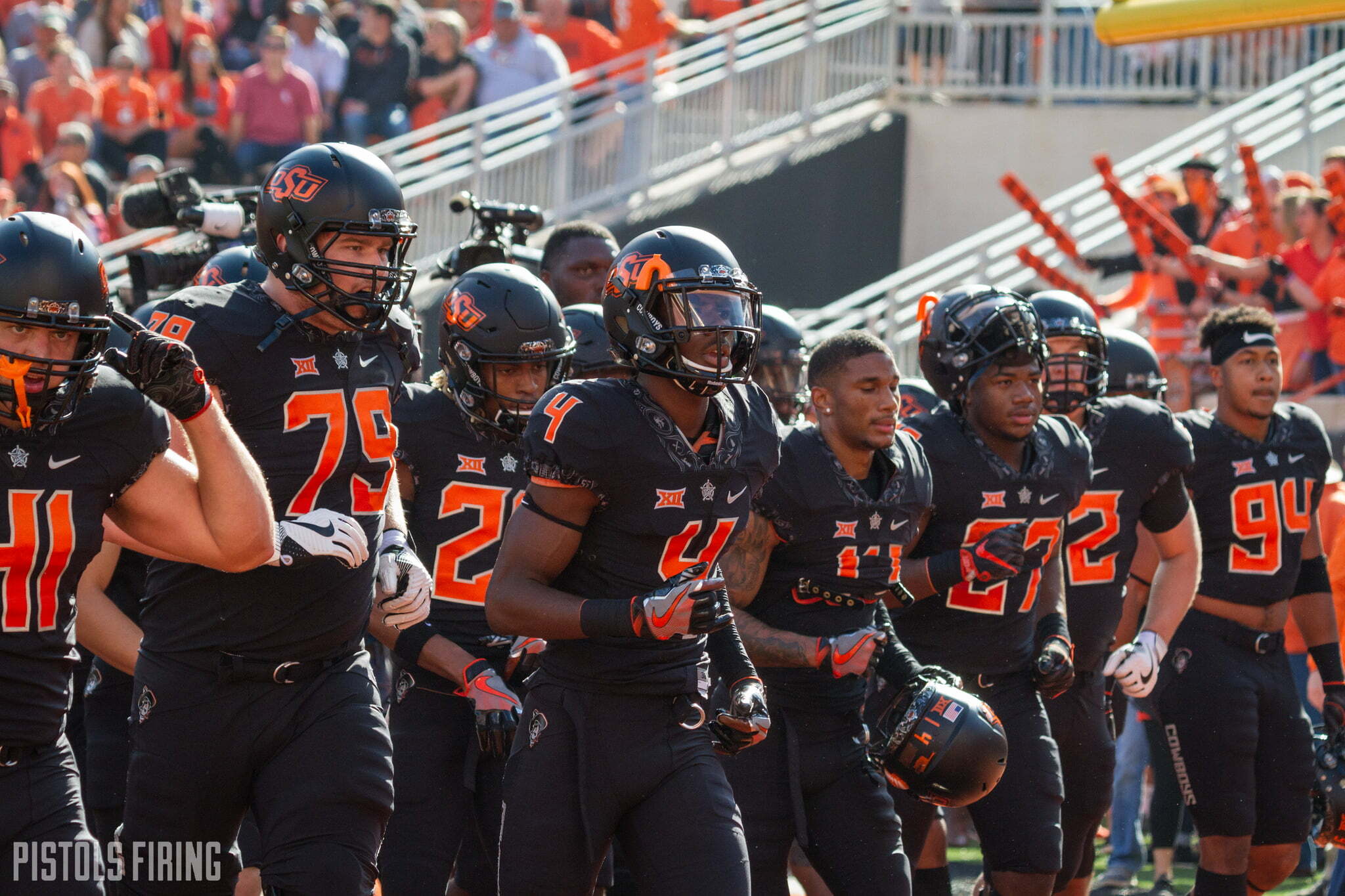 WOW is a good headline for this one because that’s what I said about the helmets throughout the game. I’m only picking one of the four WOW combos they wore at home last year, and this was my choice. As much as I enjoyed the chrome brand helmet for the Kansas game, the throwback lids continue to make me weaker than when Shaq and Charles found out the police were called in the Rockets-Clips kerfuffle.

Chuck and Shaq couldn't believe it when they heard about last night's reported locker room altercation following the Rockets and Clippers game ???. pic.twitter.com/Tv59QxyHCX

Anyway, here are the Homecoming unis. The socks, as usual, make them go. 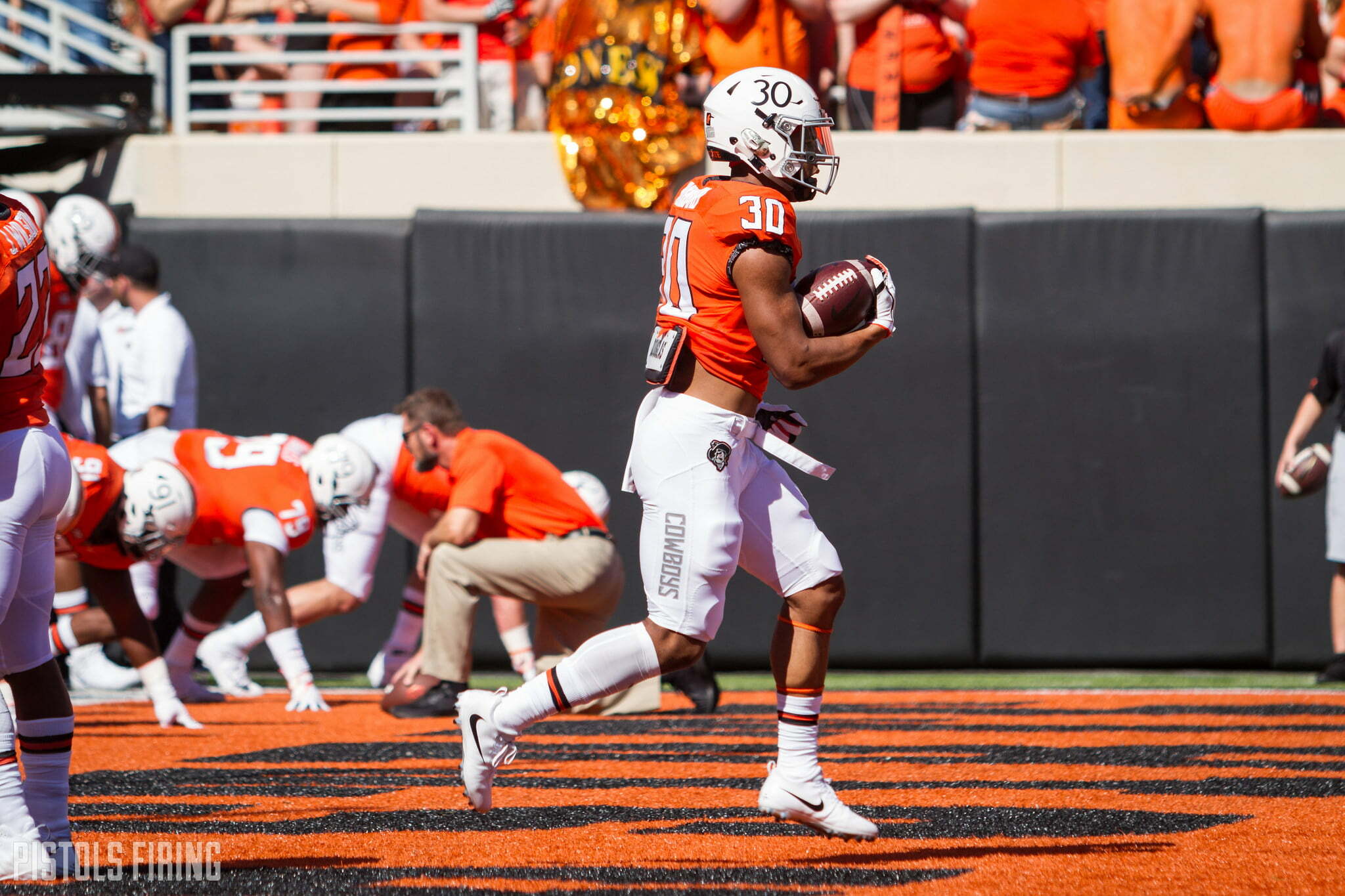 The helmet rocks. The black tops rock. The only thing that doesn’t rock (and it really doesn’t rock) is going from the marshal badge denoting captains to a C the size of Gabe Lindsay on the chest. I could be talked into Patriot Pete looking better with the home unis, probably, but I couldn’t put two WOW combos on this list.

The helmets do have a little too much cue ball in them (although you can’t tell it in the photo below), but this was OSU’s second straight year of wearing a terrific bowl uni. 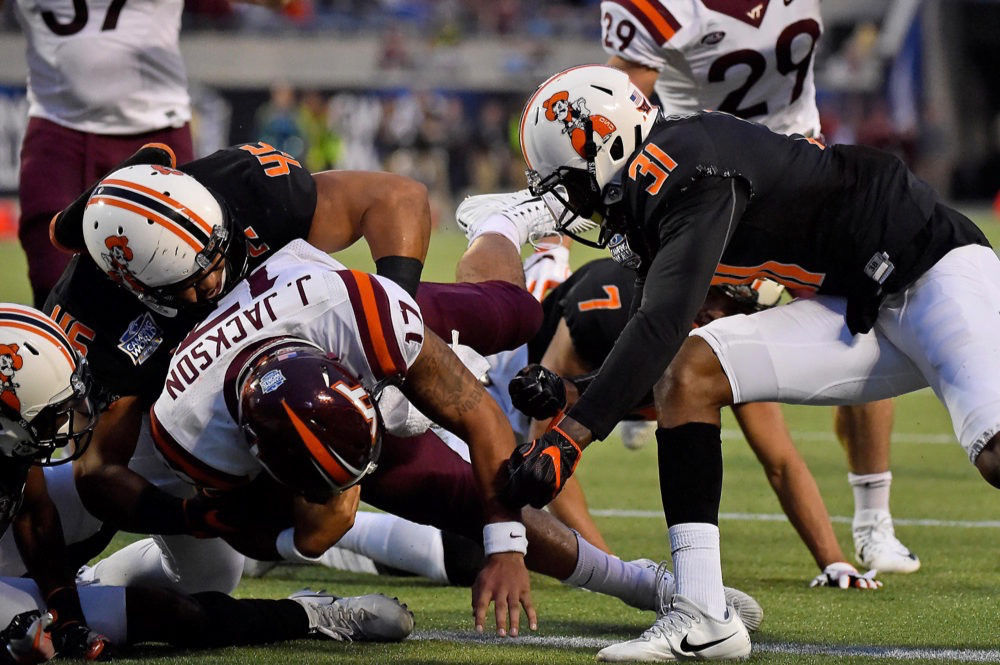 I wanted to go Full Contrarian and slide the Texas Tech BWG look into the No. 5 position, but I couldn’t pull the trigger. I love the gray pants (come at me), and even though I might not have thought it in the moment, looking back I thought that was a solid road look even without any orange. Also, I think the Small Pete black helmet is growing on me.

But for the second straight year, I’m going with all whites at No. 5. I could use a different helmet with them next time (how about the white badge?), but this is a fun once-a-year look for OSU on the road. 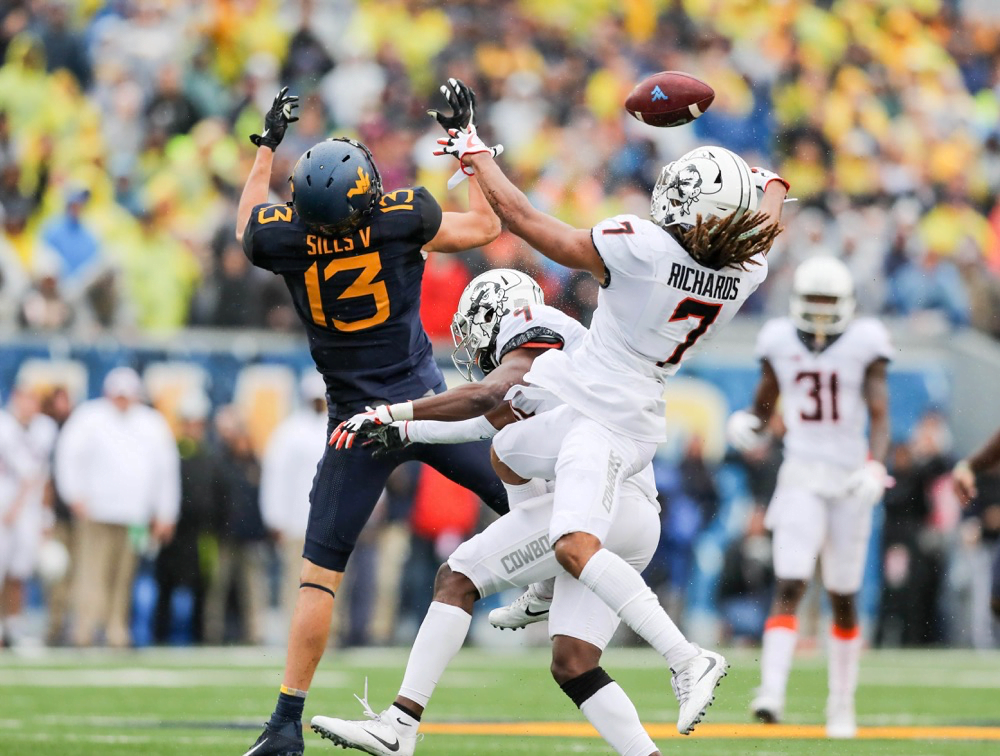 All in all, it was a good not great year for Oklahoma State uniforms. They debuted some gems and got two new fantastic helmets, but they fell flat at home when it came to creativity. Still, there’s a ton of content to work with in 2018 and beyond at one of the better uniform schools in the country.

Finally, this was a thing somebody posted on Southwell’s post. It’s awesome and interesting, and it makes me wish OSU had a hockey team.