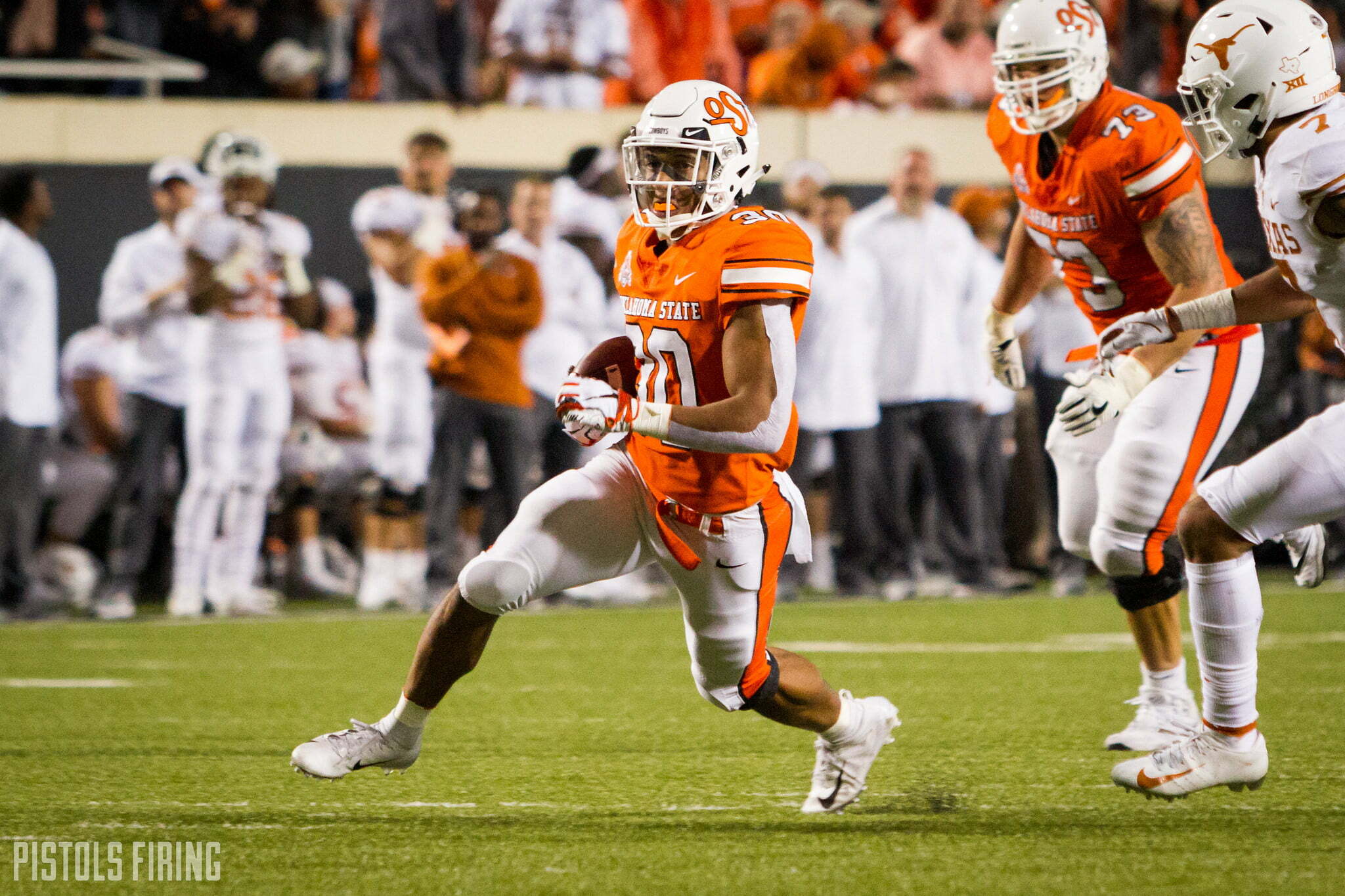 Oklahoma State football is still *double checks* *triple checks* more than five months away, but that doesn’t mean we shouldn’t be talking about it (even if Mike Gundy isn’t talking about it). A lot has happened since the Liberty Bowl took place on New Year’s Eve, and there are a lot of either new storylines that have been introduced or old ones that have been put to bed.

Here are seven that pop to me with spring football just around the corner and what feels like an entirely new paint job on the football portion of the Oklahoma State athletic department not yet dry.

1. Offensive philosophy shift: With the departure of a nice one-two punch in Mike Yurcich and Josh Henson, things are going to change. The question then is how much are they going to change? Guys like Sean Gleeson aren’t brought in because they’re going to maintain the status quo. If Gundy wanted to do that he would have just kept Henson or promoted Kasey Dunn. So I’m curious to hear about (or see) whether OSU is trying to get out ahead of what Gundy perceives as the next offensive trend in college football.

I’m pretty critical of Gundy and the organization as a whole at times, but one place where he doesn’t get nearly enough praise is his ability to sense the future and pave the way. He’s like a surfer who’s always in front of this monstrous wave, philosophically anyway. At some point the wave always catches you — and that will undoubtedly happen unless he jumps off the board first — but I don’t think this time around is going to be it.

2. About that D-line depth chart: Oklahoma State released its new roster earlier this week, and so we had some fun perusing the new numbers, names and positions. I landed at defensive line and noticed that these are the only four upperclassmen out of 14 total players.

I knew all fall and winter that this wouldn’t be a strong point for OSU going into 2019 — and it’s true that they have some promising freshmen and sophomores — but actually seeing it on paper is pretty tough.

I’m curious to know if Gundy views this as a problem or whether all of their defensive focus is on the secondary anyway. That is, maybe the secondary has become primary, and Gundy trusts the Brock Martins and Israel Antwines of the world. We won’t know in full until Oregon State (and we won’t really know until the Big 12 starts), but of all the things that make me nervie about 2019 this one makes me the most nervie.

3. New faces, same org? One thing I’ve been unable to get out of my head recently is that for someone who values organizational continuity at the very highest level, there sure has been a lot of turnover in the last 14 months.

New coordinators on both sides of the ball as well as new coaches on both sides of the trenches. None of this is necessarily bad, but it does shake up what felt like maybe the most stable front-facing organizational body in the country. I don’t know that we’re actually going to get any answers or insight on any of this between now and the season, but it’s certainly something that matters when you pull back and look at the bigger picture.

4. WR-CB emergence: Here’s a short list of redshirt freshmen and redshirt sophomores at the WR and CB positions who I think could have a bigger impact on the 2019 season than we realize.

Normal college football trajectories are not Tylan Wallace-like. They involve redshirt years and a gradual building of your body and mind for the rigor of a 13-game season. I legitimately have no idea which of these guys breaks through in 2019, but you can almost be certain that at least one or more of them will, and it’s going to be exciting to see which one it is.

(It’s obviously Braydon Johnson, but I’m going to hold off on that as an actual prediction for a while).

5. Another gear for 2 and 30: Have we seen the apex of Tylan Wallace and Chuba Hubbard. Both are going into Year 3 of their college careers, and normally the biggest step up happens from Year 1 to Year 2. I could be talked into either side of this, but the reality here is that a step up for both would mean 1. Tylan would be in the GOAT receiver convo (which I’m not sure is realistic) and 2. Chuba would be in the “best RB of the Gundy era” convo (which I’m also not sure is realistic).

We do this thing where we think progress and improvement are linear, or the same over equal periods of time. But they’re really not. Progress and improvement happen in big chunks and then things level off. I’m fascinated to see what becomes of these two superduperstars and if another offseason with Robert Glass has any effect on their respective futures.

6. Jarrick Bernard and Kolby Peel development: Speaking of Mr. Glass, I think it will do this pair some good to have a few months with him. They were awesome at times as freshmen in a loaded Big 12 conference offensively, but a year with the 3-Star Whisperer will be good for them.

7. QB1: It would have just been too easy to put it at No. 1. There are so many questions here. Can Gundy afford a QB merry-go-round? Will OSU proactively play multiple QBs? Will OSU proactively play multiple QBs at the same time? I have no idea how this is going to play out, and — more importantly — I don’t know that any of the other coaches or players do, either. It’s far and away the biggest (and most pertinent) storyline as the first offseason wraps up and spring ball begins.